The NASA Coalition has finally dissolved after the Registrar of Political Parties Ann Nderitu confirmed the reports. This happened after the Chama Cha Mashinani, Ford Kenya, Wiper Part and ANC wrote to her office announcing their withdrawal from the coalition. According to their coalition agreement, the withdrawal of any three parties from the coalition would result in its dissolution. This decision has made it clear that Musalia Mudavadi, Kalonzo Musyoka and Moses Wetangula are no longer into supporting Raila Odinga. 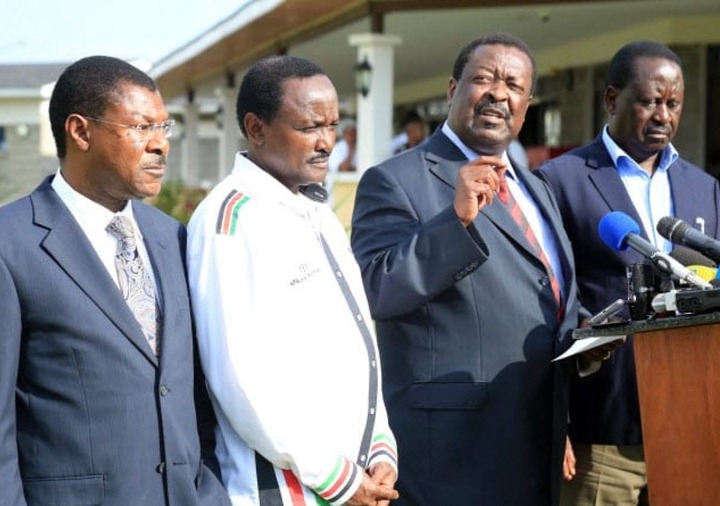 Recently, the 4 NASA kingpins have shown different interests, with the three (Musalia Mudavadi, Kalonzo Musyoka and Moses Wetangula) together with Gideon Moi forming the OKA Coalition which now aims at supporting Mudavadi in the presidential race. The three said that they decided to form a new party since their efforts in supporting Raila Odinga were yielding nothing good. Earlier today, Raila Odinga also stated that he is going to vie for the presidency if the people want him to do so.

"Tell Us Your Agenda Stop History" Kenyans Tells Off Raila

Comparison of Raila, DP Ruto Buying From “Hustlers” During Their Rallies