By HotNews_Media (self meida writer) | 1 months 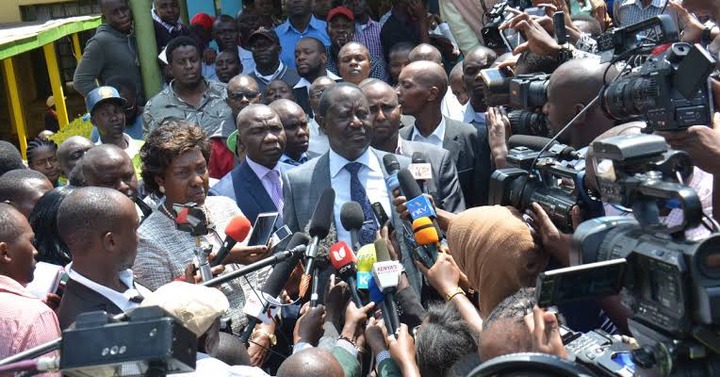 The peaceful coexistence post the 2018/2017 violence won't be taken for granted by a few individuals who now want to bring confusion into the handshake deal. The current situation, if it is not changed might brings adverse effects on the country as we head towards the upcoming 2022 general election and it wing be good at all, Orange Democratic Movement Party Leader Hon Raila Odinga has announced today. 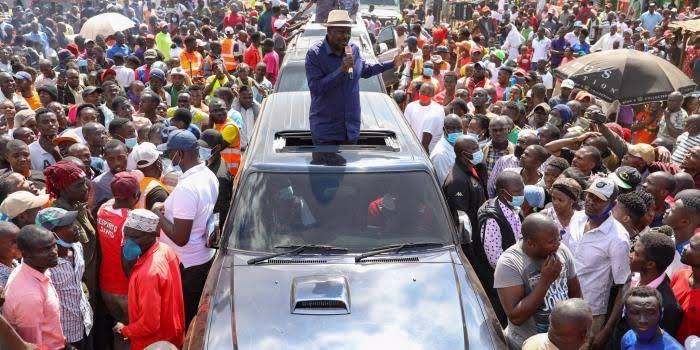 Reacting to the just concluded Byelections in Juja, Rurii, and Bonchari, Raila has now castigated President Uhuru Kenyatta's Government adding that intimidations, unlawful arrests, and election violence shouldn't be heard at a time when Kenya is heading towards the upcoming 2022 general polls.

He has condemned the recent frustrations of Ruto's ally candidate in Juja as well as ODM in Bonchari, adding that police are meant to be independent and shouldn't be used for political scores. 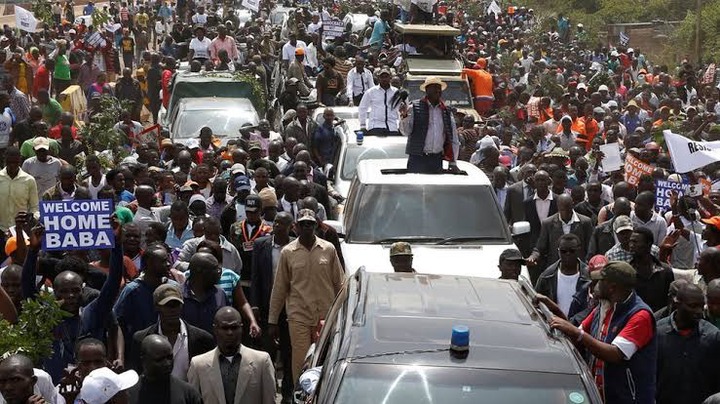 "What we have witnessed in the by-elections in Bonchari and Juja is an abuse of police powers and an arrogant display of IMPUNITY by a few overzealous and bellicose government functionaries.

"The peaceful co-existence post-2018 must NOT be taken for granted by some rogue elements wanting to confuse the HANDSHAKE for an excuse to ERODE our hard-earned liberties! This must STOP!," Raila says. 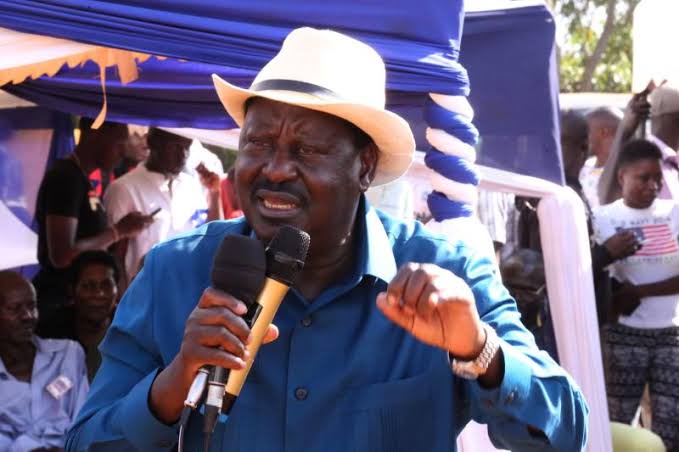 Nevertheless, Raila's message to Kenyans regarding Juja, Bonchari, and Handshake must be carrying a lot of weight and some meaning to DP Ruto's camp. By him announcing that some people tried to frustrate him and Ruto, it's now clear that something might be cooking bearing in mind that he has never defended Ruto again. 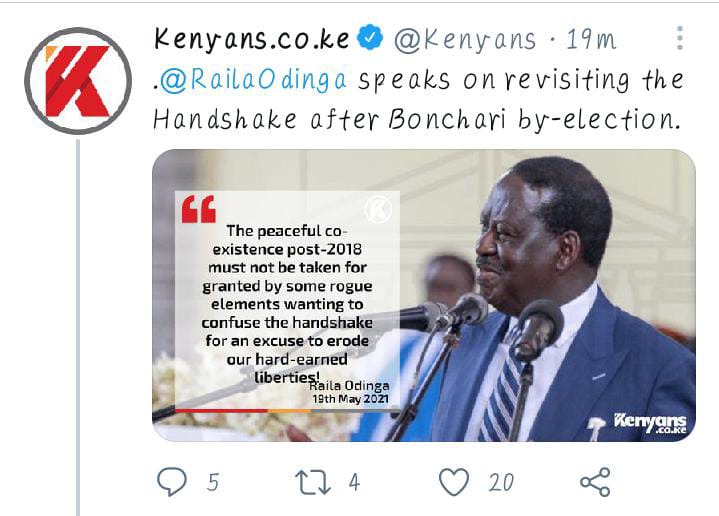 Content created and supplied by: HotNews_Media (via Opera News )