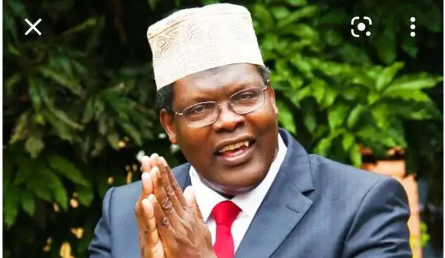 Kenyans are still discussing Miguna Miguna on various social media sites. This comes after he asserted that, contrary to popular belief, the court will never designate Raila Odinga as the next president.

Chaos will ensue, according to Miguna, if the court declares Raila the next president of Kenya. He wrote that:

Currently, there are differing opinions being expressed in response to the news that Miguna claimed the Supreme Court would never recognise Raila as the next president.

Many claim that the Supreme Court lacks the authority to proclaim election winners, while others argue that the court should no longer be subject to political influence on construction-related issues.

Many residents are waiting for the final result from the supreme court about the election that was held last Tuesday. The Azimio team party leader, Raila Amolo Odinga, was given a case in court after the IEBC declared who was the winner and presdint-elect.

Content created and supplied by: Top_News- (via Opera News )