Meru county is one of the counties in larger Mount Kenya region. The county is majorly inhabited by Ameru community. Influential leaders from the county have been competing to control the county politics. The competition is between Meru governor Kiraitu Murungi and Agriculture cabinet secretary Peter Munya. 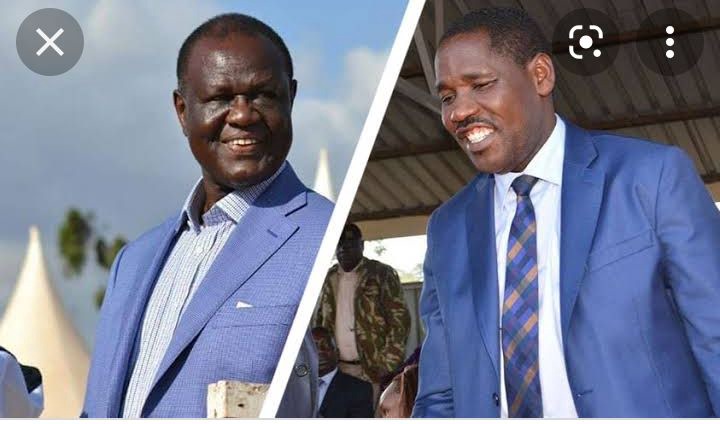 The two leaders have renewed their supremacy battle ahead of Kiagu by election. The by election will be held next month. While campaigning for Jubilee candidate in the ward, agriculture cabinet secretary Peter Munya accused Governor Kiraitu Murungi for neglecting his people in terms of development. The cabinet secretary urged Mr. Kiraitu Murungi to go back to the senate house and leave the county executive to able leaders. 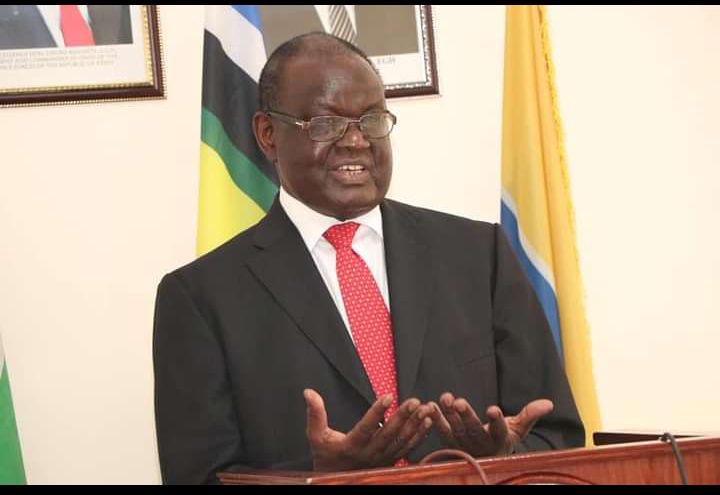 The governor stated major projects done by his county government in different parts of the country. He advised the cabinet secretary to visit the county and see some of the projects. The governor further said that Peter Munya ministry was ranked as the worst performing ministry. He said that he was ranked the second best performing minister during his tenure as minister of energy.

The governor write this information on his official Facebook page. 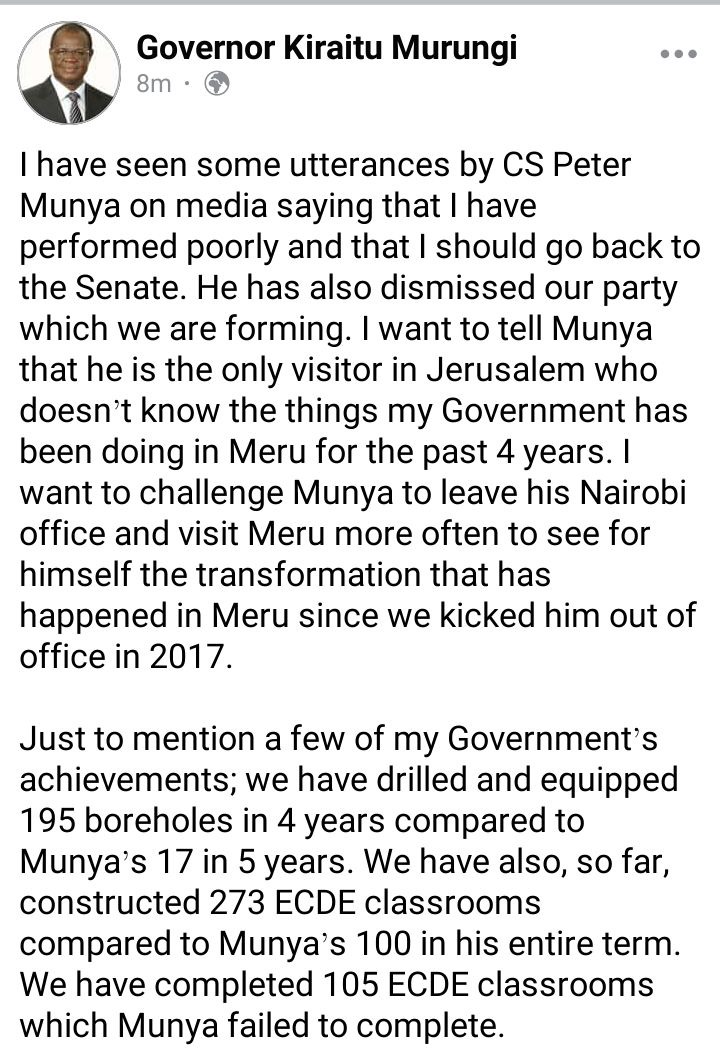 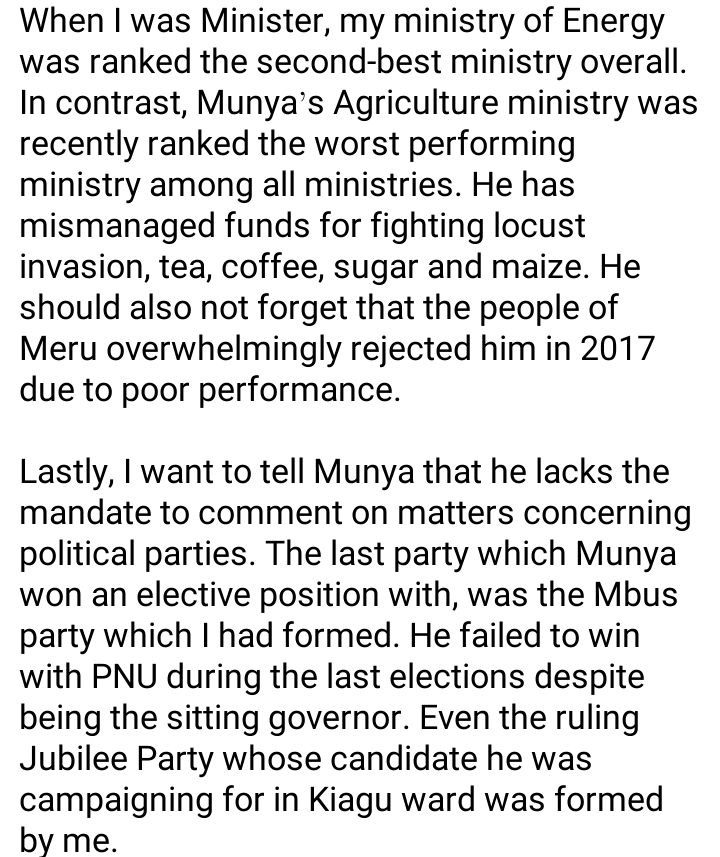