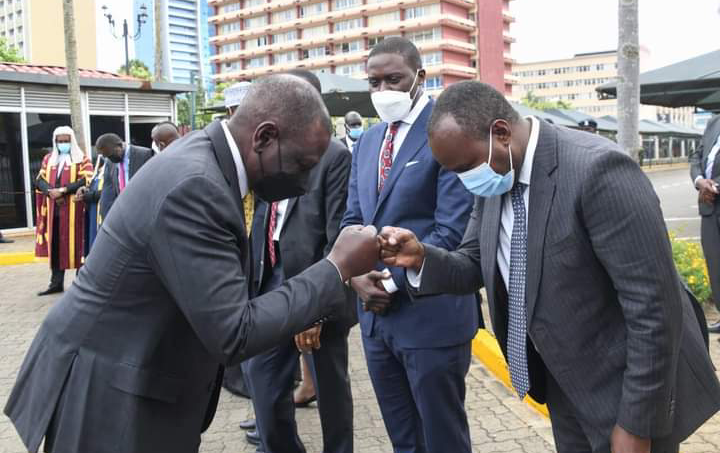 A day after meeting the former Prime Minister Raila Odinga and his allies at the Parliamentary Buildings as they attended President Uhuru Kenyatta's 8th State of the Nation Address, Deputy President William Ruto has proceeded with his attacks against Raila who is his top competitor as we head to next year's elections.

The DP has today on December 1st taken his campaigns to Machakos county and commenced his tour with a stop at Kalama trading center in Machakos Town Constituency/Kalama Sub-county for a popularization of his presidential bid and his UDA party in Kalonzo Musyoka's stronghold.

Then while speaking in that rally, he more than once laid attacks at Raila Odinga whom he termed as a witch and a miser who can't even feel free to contribute church offerings let alone donate something substantial.

A confident DP told Kalama residents that "that Kitendawili guy has really taken you rounds for years but I take the blame for that. It's just because I didn't make it here early enough that he got a chance to take you round and round with his riddles."

He then asked them that "do you still have business with him? Are you going to give him a chance to disturb you again?"

The replies he received were big "Nos" and he felt good about it saying that "yes, you shouldn't give him that chance again."

Then after telling them how UDA is a big party with 160 MPs among them being their Victor Munyaka, the DP added that "I know you people of Ukambani are God fearing and you love the church.

He didn't get a meaningful reply on that thereafter, apart from some little laughter from the crowd close to him but he went ahead to say that "let's remain a people of God and shun from entertaining this witch." 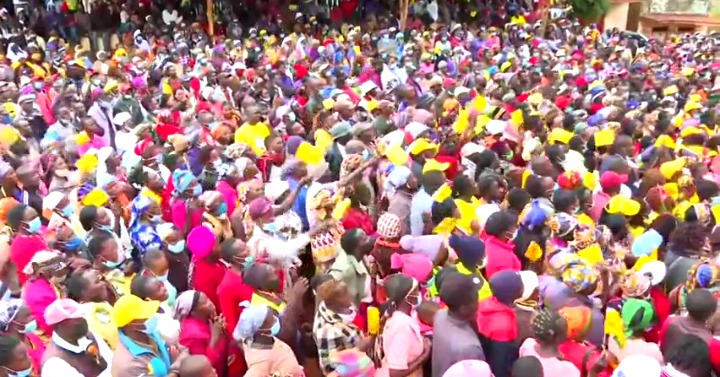 Before concluding his speech, the DP revealed that the area Bishop had asked him to contribute towards construction of a school laboratory at Kyatuni Secondary School.

A request which he said he will honour but at a letter date. That he will give the area MP one million shillings for the same but in January next year.

In the meantime, he revealed that he had carried seven hundred thousand shillings for traders at Kalama market for them to boost their businesses. 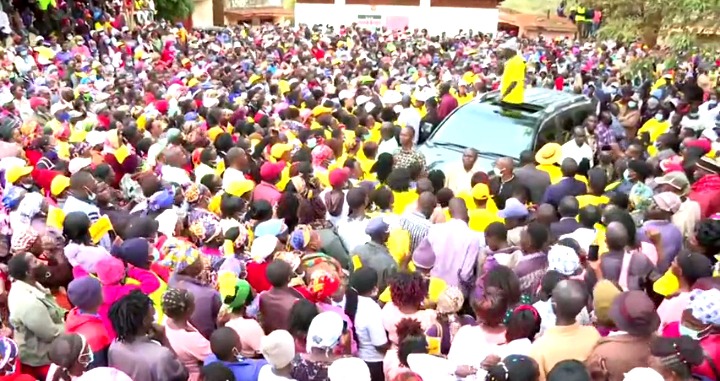 While in Machakos county, the DP is scheduled to also hold rallies at Muumandu Market, Kaloleni Market, Mutituni market and finalize his tour with a stop at Machakos Town.

Watch him attack Raila at minute 41:00 of the video in the link below. 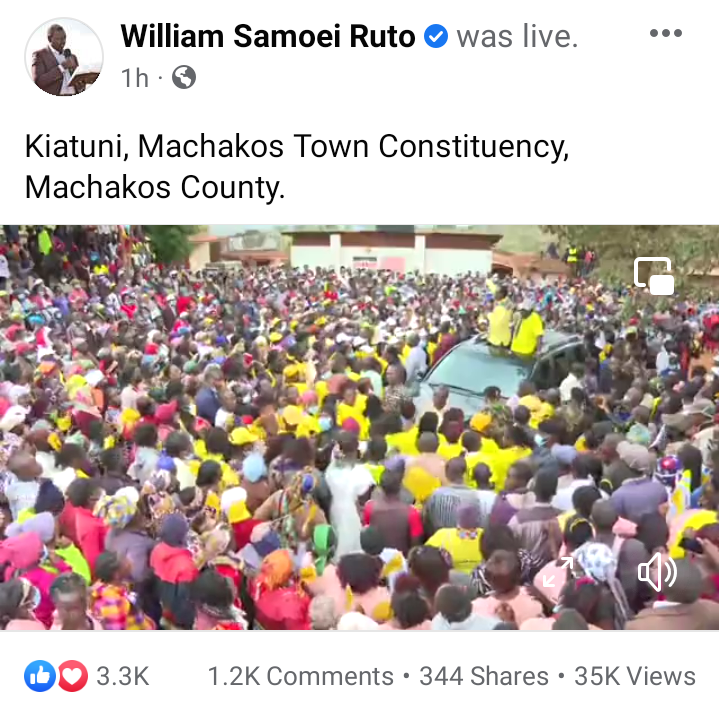