By KiprutoCollins (self media writer) | 8 days ago 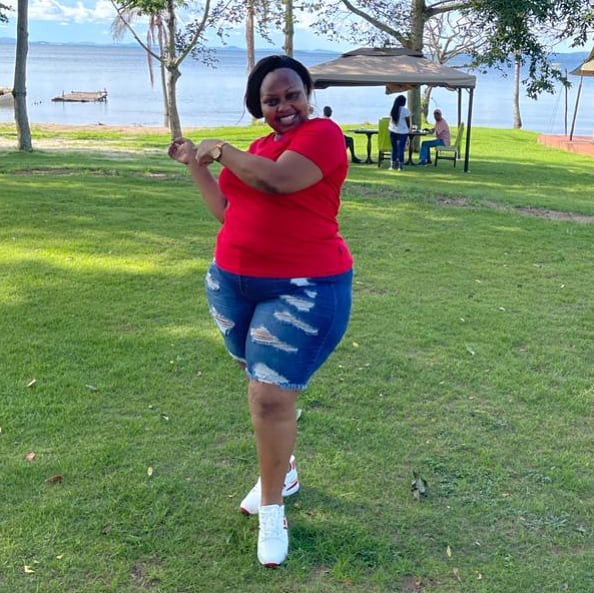 Nominated Senator, Millicent Omanga has been engaging with some of her supporters on social media and this time around, she decided to hit back at some of the rude comments. 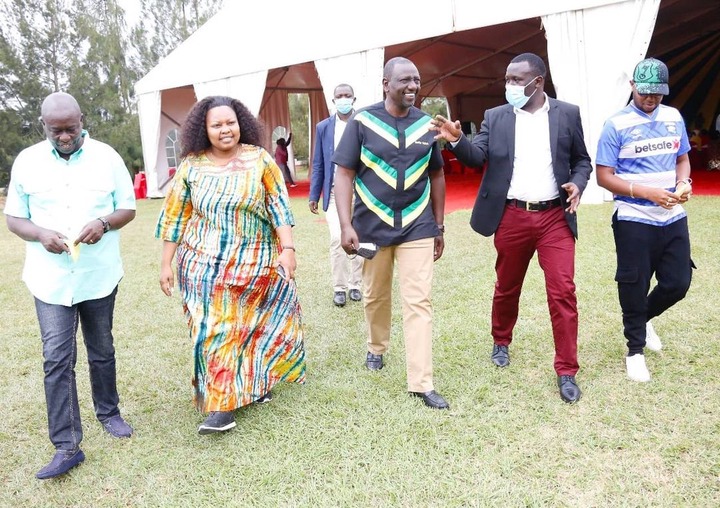 A social media user by the name of Josephat Mwangi went ahead and stated that the Senator is petty since she is not talking about emerging issues in the country.

''You are petty madam senator... When will you grow up and speak of emerging trends in job market and technology... Grow up madam senator and speak 'modern economic language.'.'' Josephat Mwangi commented. 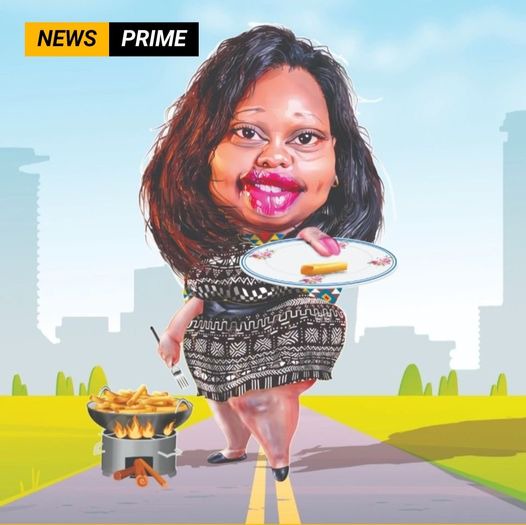 Surprising enough, Senator Millicent Omanga replied to the comment in a savage mode asking him to stop following her on social media and get a life.

''Josphat Mwangi when will you grow And stop following a petty post 😏. Get a life!'' Millicent Omanga replied to the individual 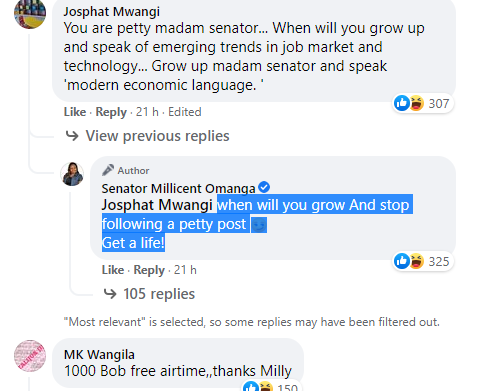 This has since sparked a lot of reactions from Kenyans as many wondered how a whole leader would stoop so low and reply to a Kenyan in such a manner.

However, some urged her not to waste her time on such people as they will always talk. 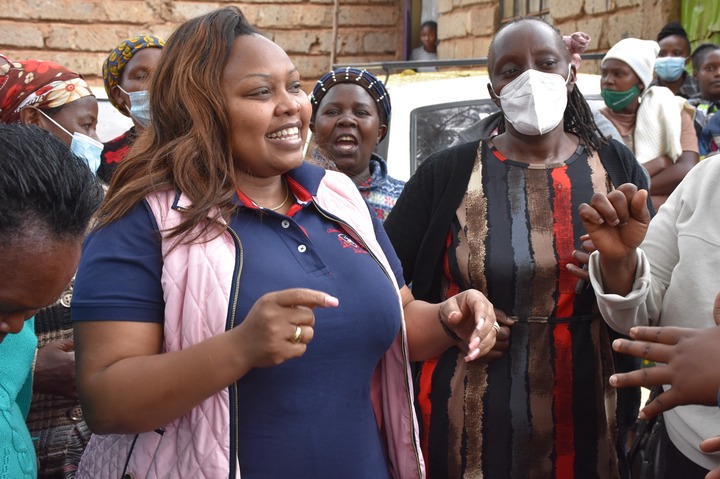 Here are some of the varied reactions as posted by Kenyans in reaction to the post by Senator Omanga.

Dave Muya, ''Senator Millicent Omanga the audacity you have baffles me. Are you not seeking a government office to ‘represent’ Kenyans, then if someone asks a genuine question you tell them to get a life…'' 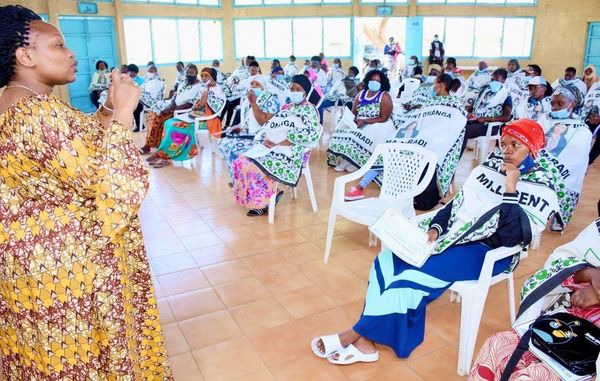 Dan Ngure, ''That pettiness is the least we want now....is it mature enough to be petty when the cost of living is appreciating or rather skyrocketing...take the initiative be create employment opportunities, complete projects and take of the economy.''

Macharia, ''As a leader and a public figure, expect and accept criticism vis a vis credentials from your electorate/followers.'' 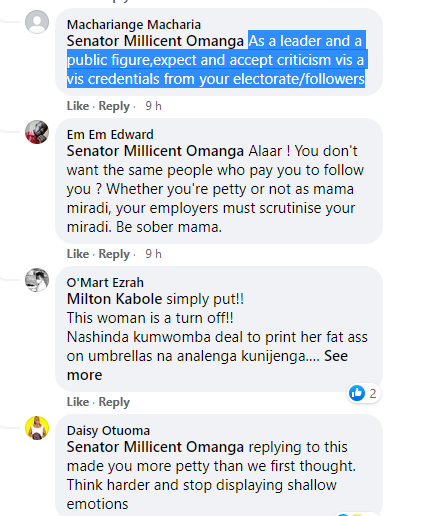 Em Edward, '' Alaar! You don't want the same people who pay you to follow you? Whether you're petty or not as mama miradi, your employers must scrutinise your miradi. Be sober mama.''

Daisy Otuoma, ''Senator Millicent Omanga replying to this made you more petty than we first thought. Think harder and stop displaying shallow emotions.'' 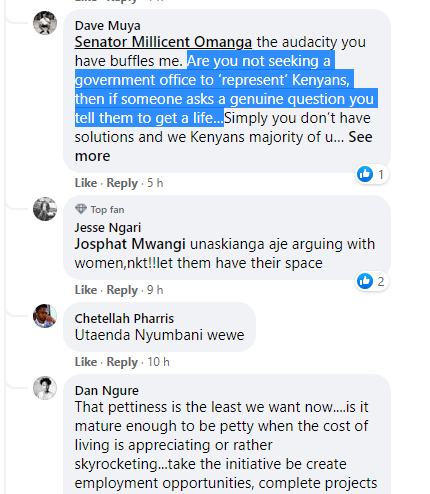 Mutinda Muithya, ''Ignore some posts....One, can buy data using that credo and engage in online business.... Which alternative are they giving?''