Here Is A Photo Of Late Mwai Kibaki's Father

By Trendy_NewsKe (self media writer) | 3 months ago

The former Kenyan President Mwai Kibaki was born to Kikuyu peasant parents Kibaki Gthnji and Teresia Wanjiku as the youngest son. The narrative of Githinji, Kibaki's father, is little known, especially among the younger generation. Githinji had no rank and lived as a peasant in Gathiru-ini hamlet, where his major economic activities were producing crops and raising livestock. President Mwai Kibaki was taken to school by his father because he claimed not to be very useful in farm.His father is the reason why Kibaki became a heroe and a reputable president who will be remembered by his good deeds. 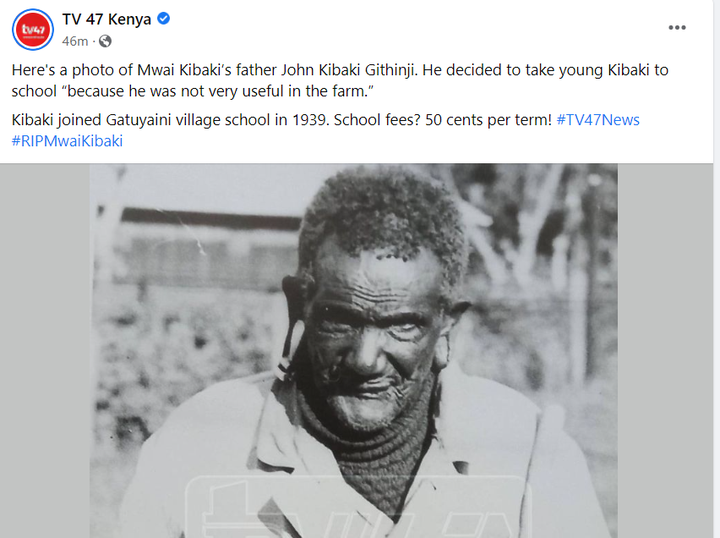 Githinji was killed however, when President Mwai Kibaki w[as the Vice president. The former is said to have been killed by his farmyard, Jacob Maina Nyaga who sentenced to hang and imprisoned at the Kamiti Maximum Security Prison. Even though KIbaki entered in power as President in 2002 and pardoned many criminals, Nyaga was unfortunately not among them.

Content created and supplied by: Trendy_NewsKe (via Opera News )

"Kimeibiwa" Waiguru Cries Foul, Reveal Secret Moves Her Competitors Are Taking To Rig Her Out