As the second in command intensifies his political campaigns in Nairobi, his diehard ally Hon Ferdinand Waititu has come out clearly as he send out his feelings to the public over the claims that DP Ruto's allies are being underated when it comes having their rallies. 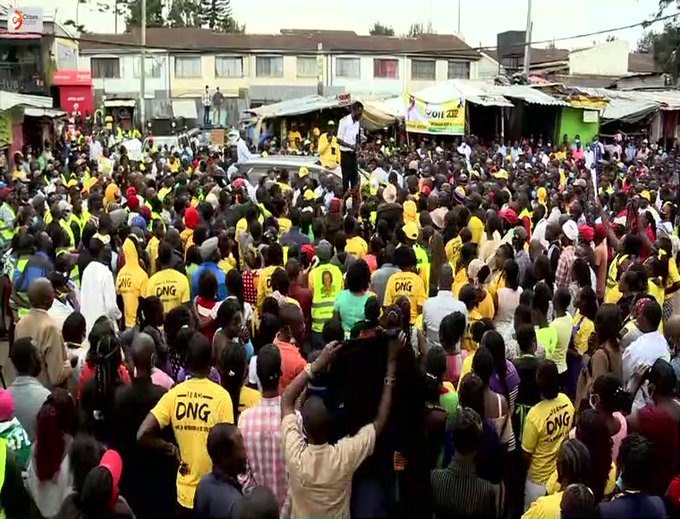 Waititu who was speaking at Dp Ruto's rally in Nairobi, said that they have refused the threats by the government by them supporting the second in command.

According him, there was allegations that governors were threatened to be taken to court and according to him, that was the reason behind the huge numbers of governors was witnessed at Naivasha at the Orange Democratic Movement party leader Raila Odinga was having his rally. 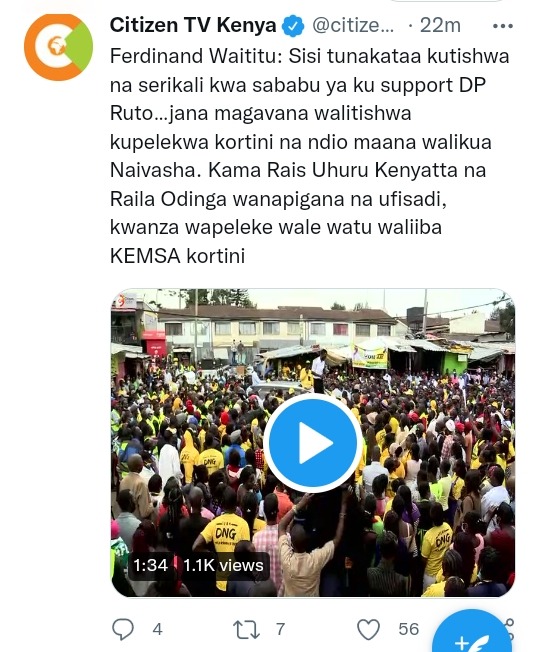 In his bittet statement, Ferdinand Waititu has lost his temper as he take a swipe at the head of the nation president Uhuru Kenyatta and the former prime minister Raila Odinga telling them off that if they are fighting corruption, then they should handle the matter at KEMSA for taking the victims to court.

Waititu added by saying that they are tied of threats by the government.

Watch a video via the link below.