5th July: The Standard, The Daily Nation And The Taifa Leo Newspapers Review

By Trendingmaster (self meida writer) | 23 days 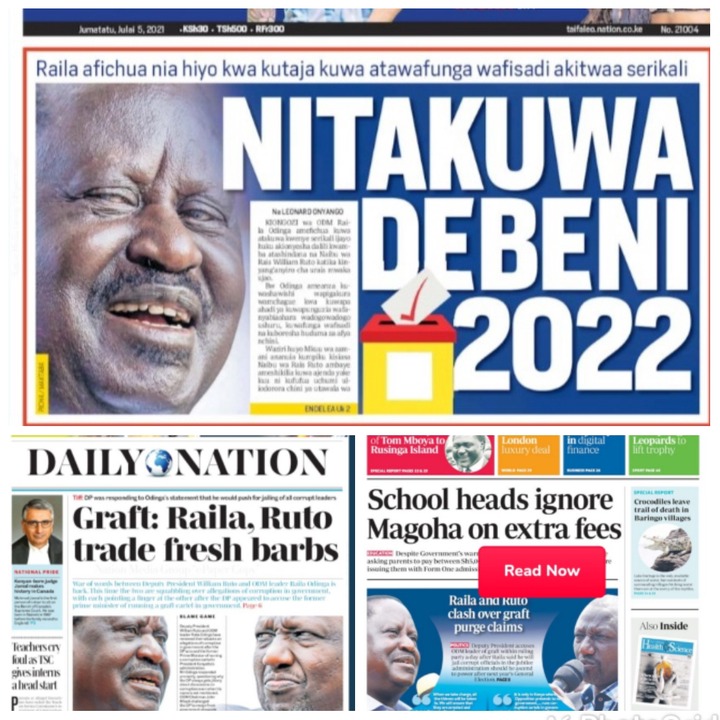 The publication speaks about 'Raila and Ruto clash over graft purge claims'.

A day after the former prime minister Raila Odinga said that once he takes office he will ensure all thieves are arrested and jailed at Shimo la Tewa,Deputy President William Ruto has accused him of graft within the ruling party Jubilee.

According to the publication, DP Ruto has accused the opposition leader Raila Odinga for pretending to run the government,but end up runing corruption cartels in that government.

"Its only in Kenya where opposition pretends to run the government,runs corruption cartels in government and lectures on how to fight corruption," Deputy president William Ruto said. 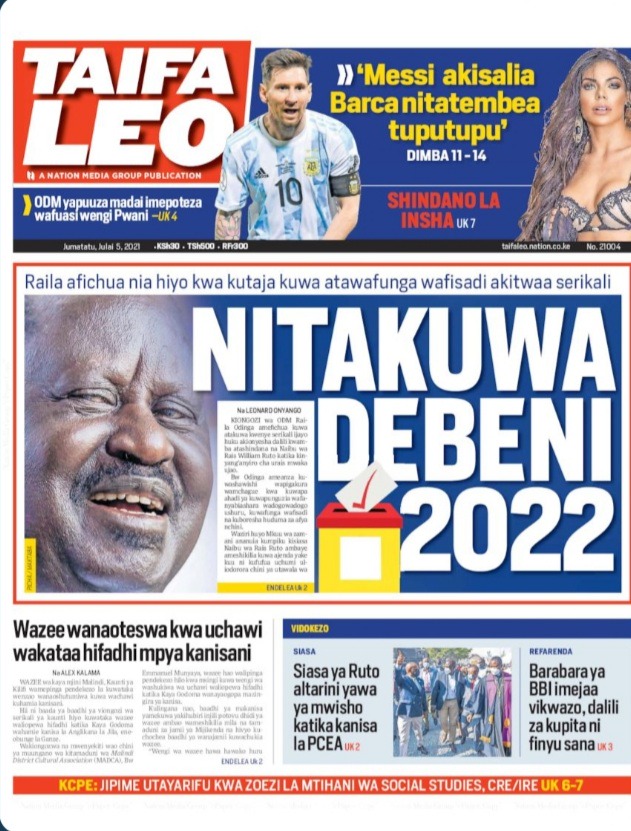 The publication speaks about ODM party leader Raila Odinga giving another clearest sign that he will vie for the top sit.

According to the Taifa Leo,ODM party leader has started asking kenyans to support him for the top seat,where he promised kenyans to reduce taxes for them, improve health care and reduce corruption within the country by jailing corrupt leaders once he becomes the president.

This is a clear sign that Raila will be on Ballot Box competing with the Deputy President William Ruto come 2022. 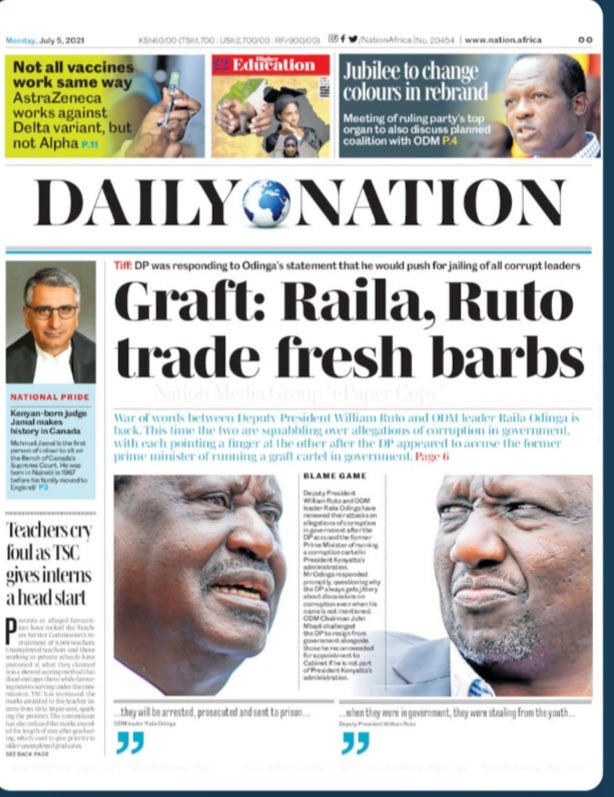 The war of words between the Deputy President William Ruto and ODM party leader Raila Odinga is back after a long time of silence. The two are squabling each other over allegations of corruption in government with each pointing a finger on another.

While Raila accused Ruto for stealing Kenyans money and then comes back to support small groups like Mama Mboga,Boda boda and conducting fundraising with stolen money,Ruto has accused Raila for running corruption cartels in president Uhuru Kenyatta's government.