By Monara (self media writer) | 1 month ago 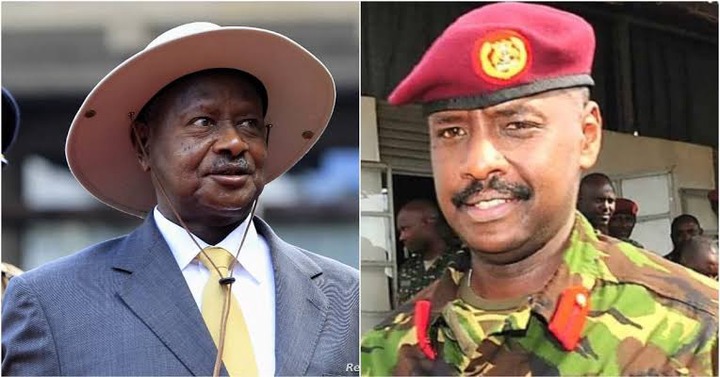 Muhoozi, who serves as the commander of the land forces of the Uganda People Defence Forces posted a series of controversial tweets about Kenya, Uganda's neighbour to the East.

Muhoozi blamed the retired President of kenya Uhuru Kenyatta whom he refered to as his “big brother”, for not contesting for a third term in the August 2022 polls, adding that the retired president could have easily won the election.

"My only problem with my big brother is that he did not stand for a third term. We would have won easily," he wrote on Twitter.

Muhoozi went on and said that it wont take him and his army two weeks to capture Nairobi on his tweet.

Muhoozi went on and tweeted that he was happy that members of his district in Kenya, have responded enthusiastically to his tweet and that It was still two weeks to Nairobi.

He went on and asked whether he would reside in Westlands or Riverside.

Today fifth of october, his father the president of Uganda, Yoweri Museveni has asked for forgiveness from Kenyans on behalf of his son.

"Dear Ugandans, the brotherly people of Kenya, and all East Africans. I greet all of you.

I ask our Kenyan brothers and sisters to forgive us for the tweets sent by General Muhoozi." 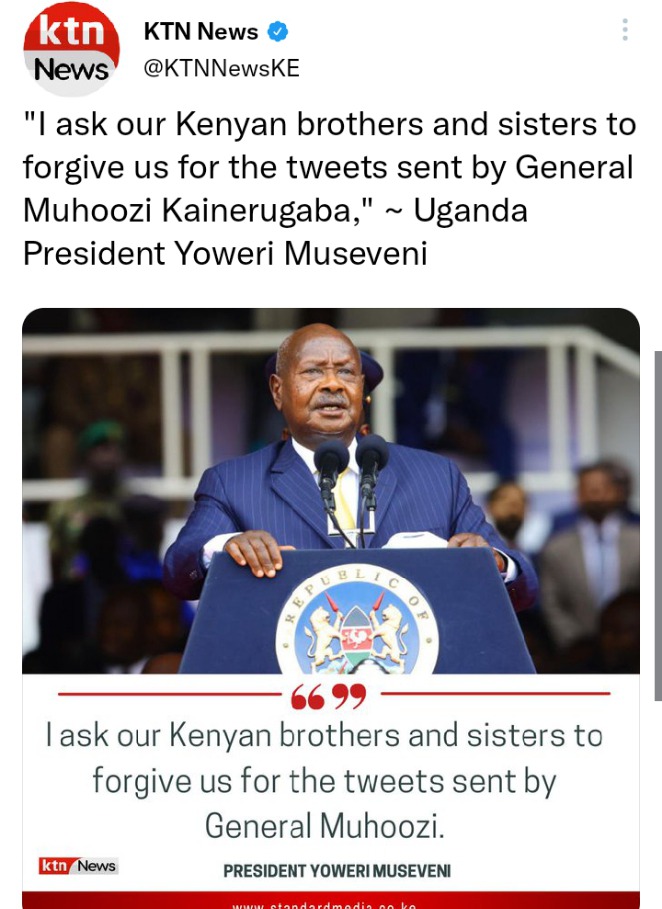 Content created and supplied by: Monara (via Opera News )

Babu Owino, Ledama Told to Form Their Own Party as Trouble Looms in Raila's ODM

They "Killed Me" To Take My Job, ODM Official Says The Party Disowned Him For Testifying Against It