By Mwanetu (self media writer) | 1 month ago 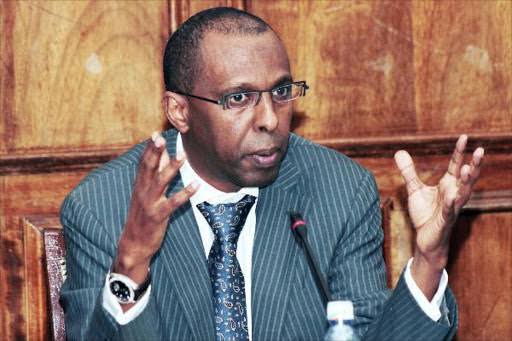 Ahmednasir who is among top lawyers in Kenya and one of Kenya kwanza allies today tweeted on his twitter page that The shareholding structure of azimio is the main obstacle blocking a gracious concession by Hon Raila.Some few preferential shareholders are exercising veto powers over the majority ordinary shareholders who genuinely believe they lost the election fairly and want a graceful exit.

Macharia tweeted, "I urge you all to listen to SC and take him seriously. He is not just lawyer, he is a researcher and a strategist, and he spends a lot of time and resources at it. Believe me." 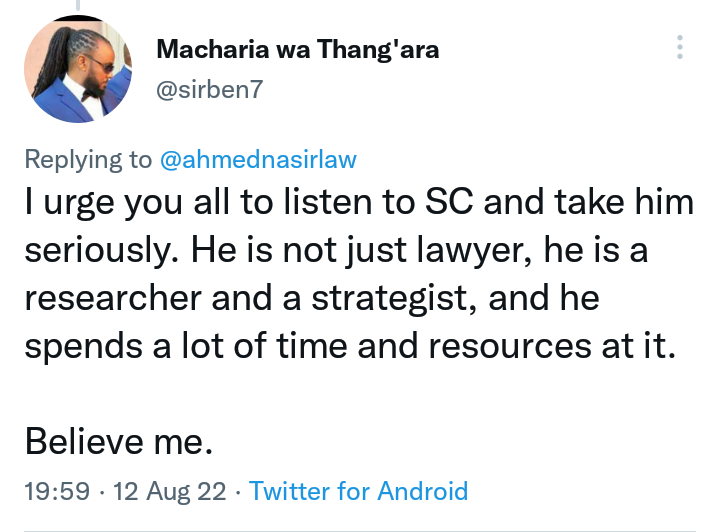 Felix tweeted, "As Raila supporters, we believe in him and Raila isn’t the type to fight for power. If he has lost, Baba will concede and we don’t want him to ruin his reputation further. The handshake has already messed his reputation big time." 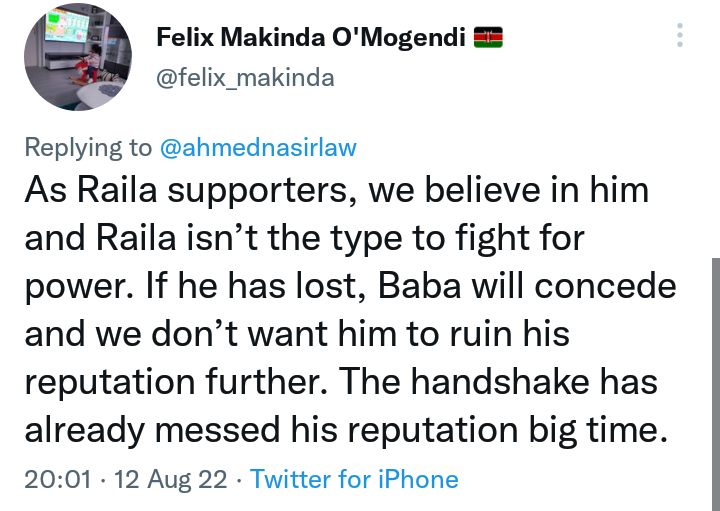 Kemoi tweeted, "You remember 2017 when UHURU wanted to concede defeat and Rutto being a shareholder exercised his "veto" power ? No sin is lesser than another." 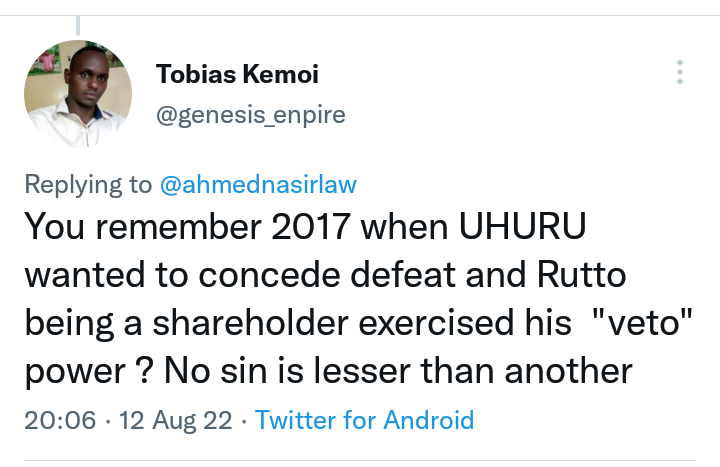 Gitau tweeted, "Didn't think it would get a point of negotiating after the polls are done. It therefore defeats the purpose of election altogether." 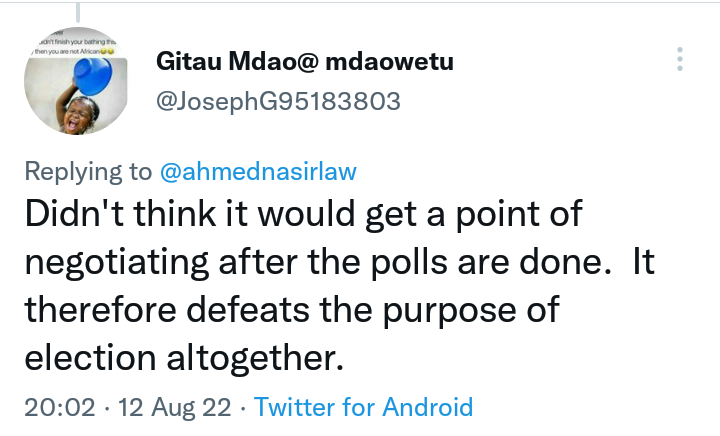 Content created and supplied by: Mwanetu (via Opera News )