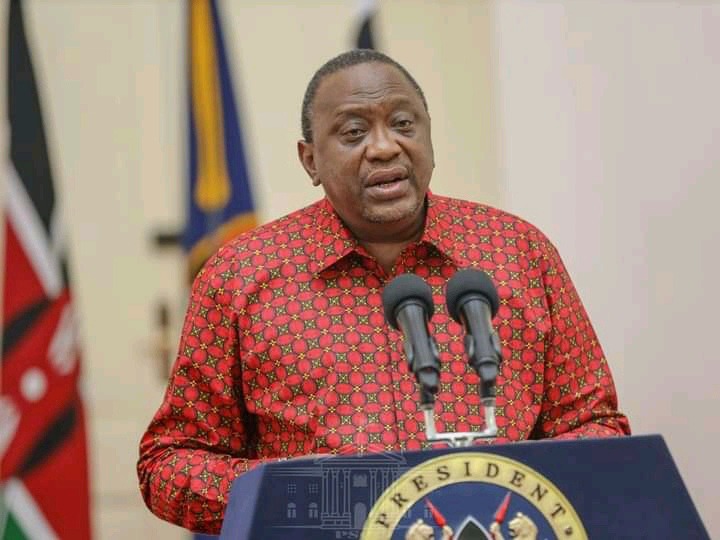 Khalwale taking to his Facebook page has cited that the state has set for former prime Minister raila Odinga's presidency and Gideon Moi as his running mate.

The vocal ex Senator allied to DP Ruto has further said that president uhuru will settle for this two politicians because Daniel Moi, Gideon Moi's dad cleared his presidency while Raila gave him the legitimacy to operate at times even outside the COK-2010.

"It is a open secret that H.E Uhuru wants to settle two political debts (Daniel Moi cleared the path for the Uhuru Presidency and Raila gave him the legitimacy and latitude to operate at times even outside the COK-2010." the former Kakamega Senator has said via his Facebook Page. 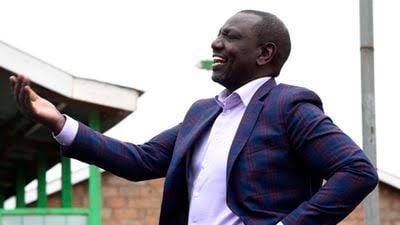 Khalwale has added that ANC leader Musalia Mudavadi owes Gideon Moi's dad for his current state and Raila for making him Deputy PM hence must discard all this and join DP Ruto's hustler nation.

"Should WSR opt to pick his Deputy from Western, I would as the senior most politician currently in the hustler movement, be the first to support a Musalia Deputy President." he has said. 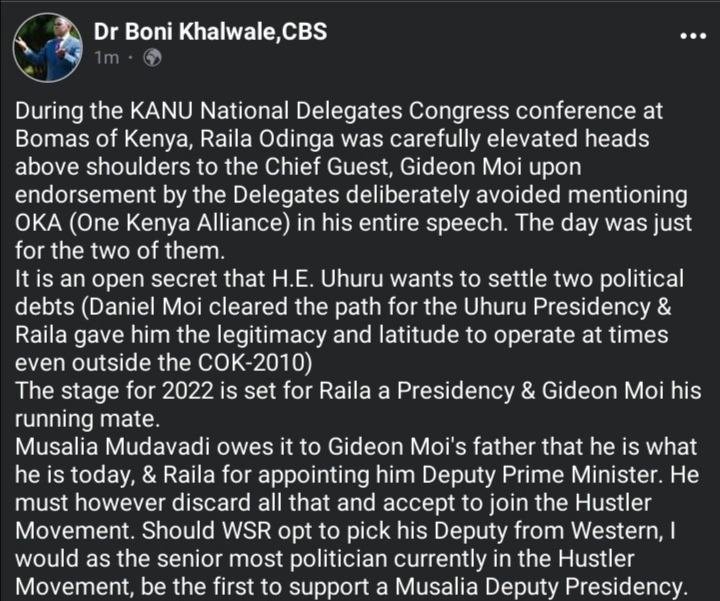