By Gamba-Osaka (self media writer) | 28 days ago 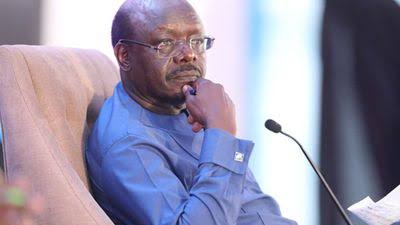 2022 Presidential Candidate Mukhisa Kituyi has been severely mocked by Musalia Mudavadi camp after what appeared that he was being coronated by Luhya elders to become one of the Western Region's key leaders.

Martha Karua and Governor Kivutha Kibwana who were in attendance of the coronation were also mocked because they participated in a ceremony that was not legitimate according to Kakamega Senator, Cleophas Malala.

Malala stated that there is no other renowned Luhya leader other than ANC's Musalia Mudavadi, who has declared that come 2022, he will be second to none and instead will be on the ballot.

Malala went further and degraded Mukhisa Kituyi's political influence in the region and stated that he cannot even win an MCA's elective seat if he is to run and hence should not be lecturing anyone on the politics of the Luhyaland.

Malalah accused Mukhisa of picking unknown elders who aren't even known to coronate him and that it was awkward that he was donned in a skirt-like clothing which according to the Senator is against the true traditions of the Luhyas.