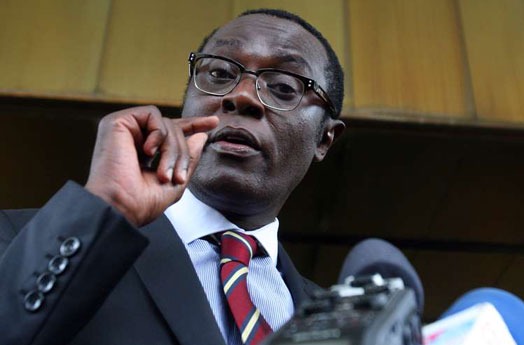 Ngunyi, who has been drumming up support for Azimio Presidential candidate Raila Odinga seemingly alleges a secret card that may finally lock Ruto out of the country's top job.

He says that Ruto's ambitions to lead the country could just end at being referred to as "President-Elect", a statement that is receiving various reaction from Kenyans. 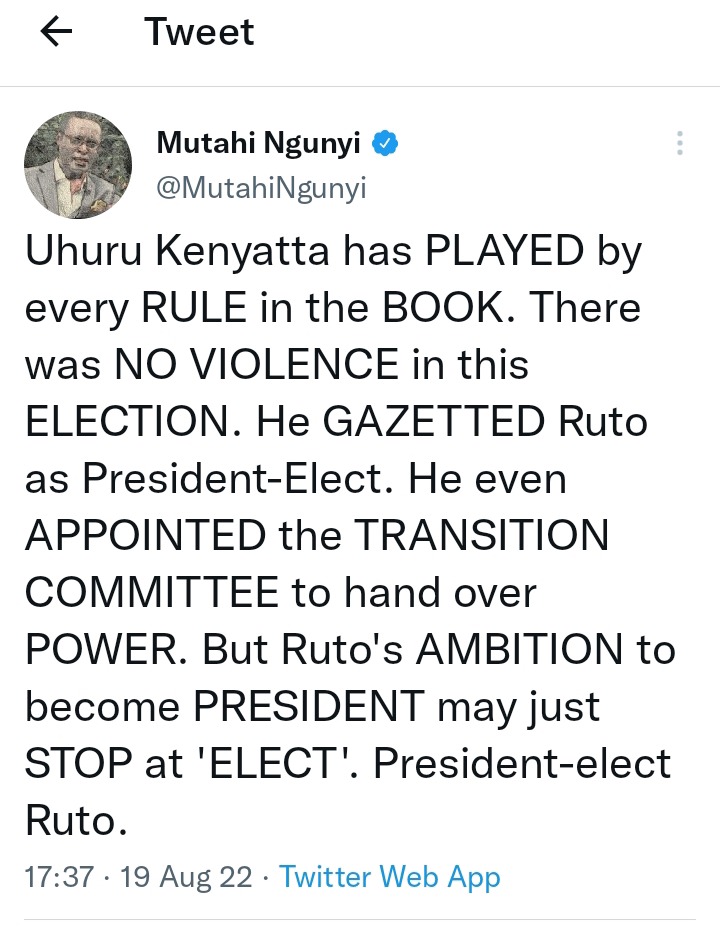 Ngunyi adds that Outgoing President Uhuru Kenyatta has since followed what is required by law.

"Uhuru Kenyatta has PLAYED by every RULE in the BOOK. There was NO VIOLENCE in this ELECTION. He GAZETTED Ruto as President-Elect. He even APPOINTED the TRANSITION COMMITTEE to hand over POWER. But Ruto's AMBITION to become PRESIDENT may just STOP at 'ELECT'. President-elect Ruto,"said Mutahi Ngunyi.

The statement by Mutahi Ngunyi comes as Azimio prepares to file petition that is set to be heard at the Supreme Court of Kenya. 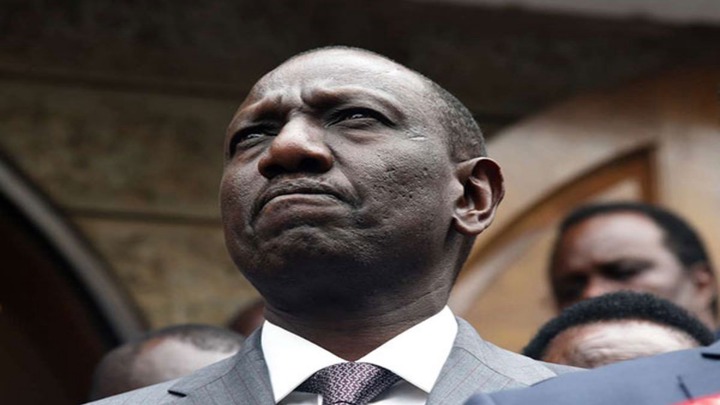 Raila Odinga has continued saying that the results announced by the Independent Electoral and Boundaries Commission Chairperson Wafula Chebukati did not reflect the will of the people.

On the other hand, Kenya Kwanza flag bearer William Ruto has continued receiving congratulatory messages from various Heads of States and Governments.