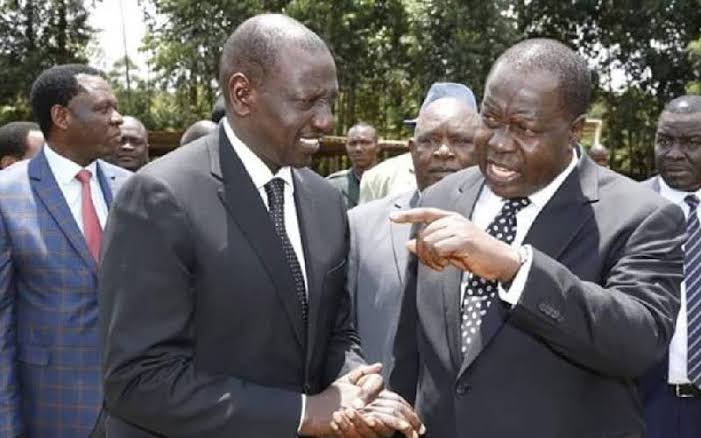 Deputy President William Ruto is scheduled to visit Kisii for three days in an effort to curb the popularity of Internal Security Cabinet Secretary Fred Matiangí ahead of the 2022 General Elections.

Although Dr Matiang’I has not announced his intention to run for the presidency, it is speculated that the two are competing for more than one million votes in the region.

The Deputy President had planned to visit the area early but the provisions of Covid -19 banning political rallies halted his plans. He now plans to visit the same County today, Sunday and Monday. 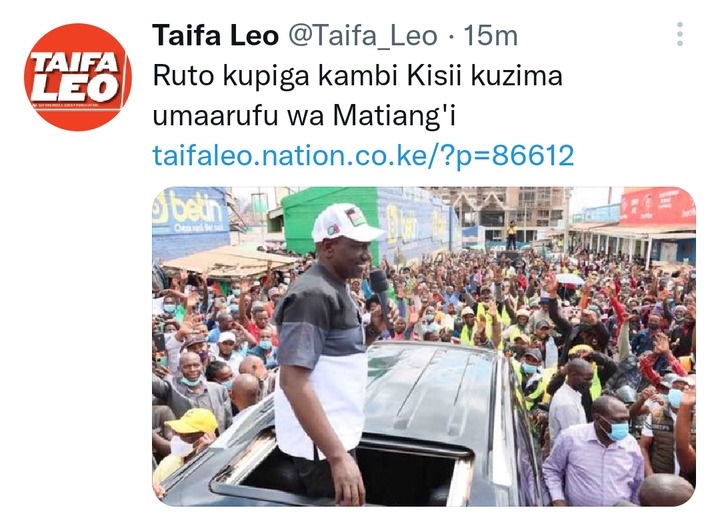 However, he has held several meetings at his residence in Karen, Nairobi, with politicians from the Gusii area since the beginning of this year.

Dr Ruto's visit comes just days after some supporters of Mr Matiangi announced they would be joining the party.

His trip has been fueled by reports that some leaders, including members of his camp, are pushing for the formation of a strong local party that will defend the interests of the community.

And supporters of the local party believe it is one way to bring the community together. Faced with the reality that he may be losing the area, the Deputy President quickly gathered his allies from the area and organized the tour.

Supporting leaders said the community's idea of ​​having a regional party was a threat to major parties.

"This move will no doubt hurt the support of other parties. We have tried to make the United Democratic Alliance shine in the Kisii area but these efforts may be in vain if we do not unite to end the threat facing us, "said a Member of Parliament from Kisii who is a close associate of Dr Ruto.

Senator Kihika Speaks About Raila's Visit to Eldoret, Reveals When They are Heading to Kisumu