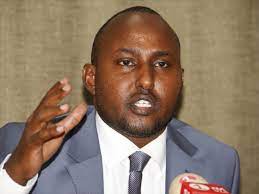 Political leaders allied to the Azimio La Umoja One Kenya Alliance camp have criticized the Speaker of the National Assembly Moses Wetangula after ruling that they are the minority in the house.

The issue of whether it is Azimio or the Kenya Kwanza Alliance that has the majority MPs has been a topic of discussin for weeks now, with Wetangula stating that Azimio as a political party do not have any MP in the house, further adding that he could not force 14 MPs who had distanced themselves from Azimio to be accounted as members of the Raila Odinga led camp. 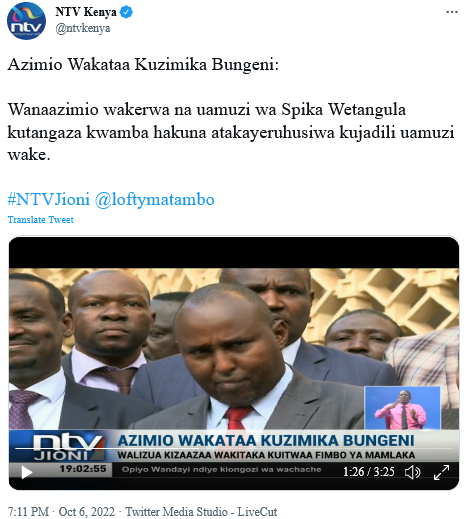 Speaking to the media shortly after the ruling, Suna East MP and the Azimio Council secretary general Junet Mohammed argued that Wetangula's ruling is a form of state capture of the parliament by the Executive.

"This is the capture of parliament by the Executive, it has started. This is the first time as a speaker in his place to remove members of parliament from one party to another party. He is now the Registrar of Political parties, the speaker of the national assembly and the court. Today is a very dark day for our country," said Junet.

Wetangula's ruled that KKA has 179 MPs while Azimio has 157 MPs.