By The_Updater (self meida writer) | 11 days 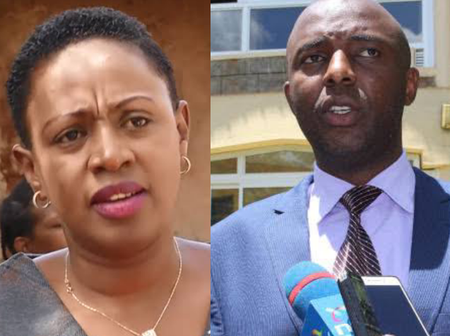 The joint committee of the national assembly and the Senate that was discussing the BBI bill said that Murang'a senator, Irungu Kang'ata, was the only person who voiced a dissenting decision on the bill. According to a statement read by Muturi Kigano, all the other members unanimously agreed to endorse the BBI bill.

Kang'ata took to the social media where he disagreed with the committee arguing that his concern was about how the constituencies were being allocated. The senator also said that he wouldn't give his decision to a bill that was deemed erroneous. This is after it emerged that the Senate had a different bill from that of the national assembly.

"I will endorse the report if I get the right Bill, since the one in Senate has been deemed as 'erroneous' despite being the IEBC certified bill. But even if I get the right bill, what do we do with the Constitutional requirement of endorsement by assemblies? Do we resend it to counties?" Tweeted Kang'ata.

On Saturday 24th, Murang'a women representative, Sabina Chege, came out guns blazing where she accused Kang'ata of betraying Mt Kenya people. Sabina argued that it was sad for Kang'ata to reject a report that would guarantee Mt Kenya region extra constituencies.

The women representative also added that BBI would effect the one man, one vote, one shilling, that Kang'ata has been fighting for. She said that Kang'ata was supposed to lead others in supporting the bill which will benefit Murang'a people. 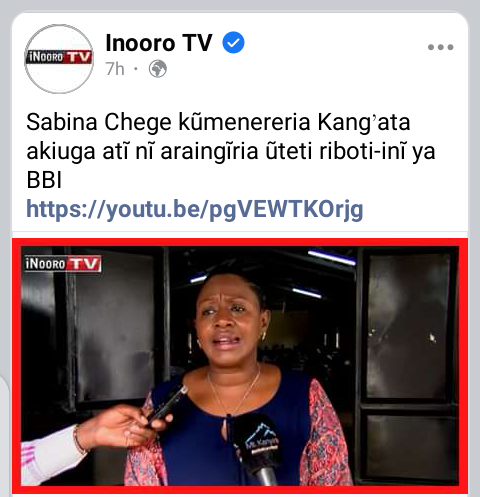 However, the former majority whip seems not to change his stand anytime soon. This is after he insisted that some proposals in the BBI are unconstitutional. Through a late night Tweet, Kang'ata argued that there is a doctrine that bars people from making unconstitutional amendments to the Constitution.

"Constituencies Debate: Constitutional theory of  'basic structure doctrine' guards against unconstitutional Constitution amendments. A Constitution of democratic state has certain characteristics that cannot be amended save in instances of 'extra-constitutions' like coups." Alluded the Murang'a senator.

This statement by the senator seems to affirm his earlier stand, that the distribution of constituencies was not supposed to be done by the BBI proposers but the IEBC as the Constitution dictates. 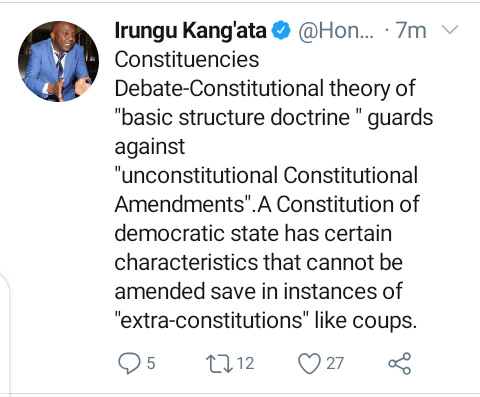 "My Sister's Husband Forced Himself on Me," A Lady Painfully Confesses

Will He Succeed In His Plan? DP Ruto Ally Reveals What He Will Do To BBI Bill Today In The Senate

"Raila Has Been Handed Poison Through the Handshake", Boni Khalwale Claims

Details Of Otiende Amollo’s Messages To ODM Leader Raila Odinga That Led To His Removal.