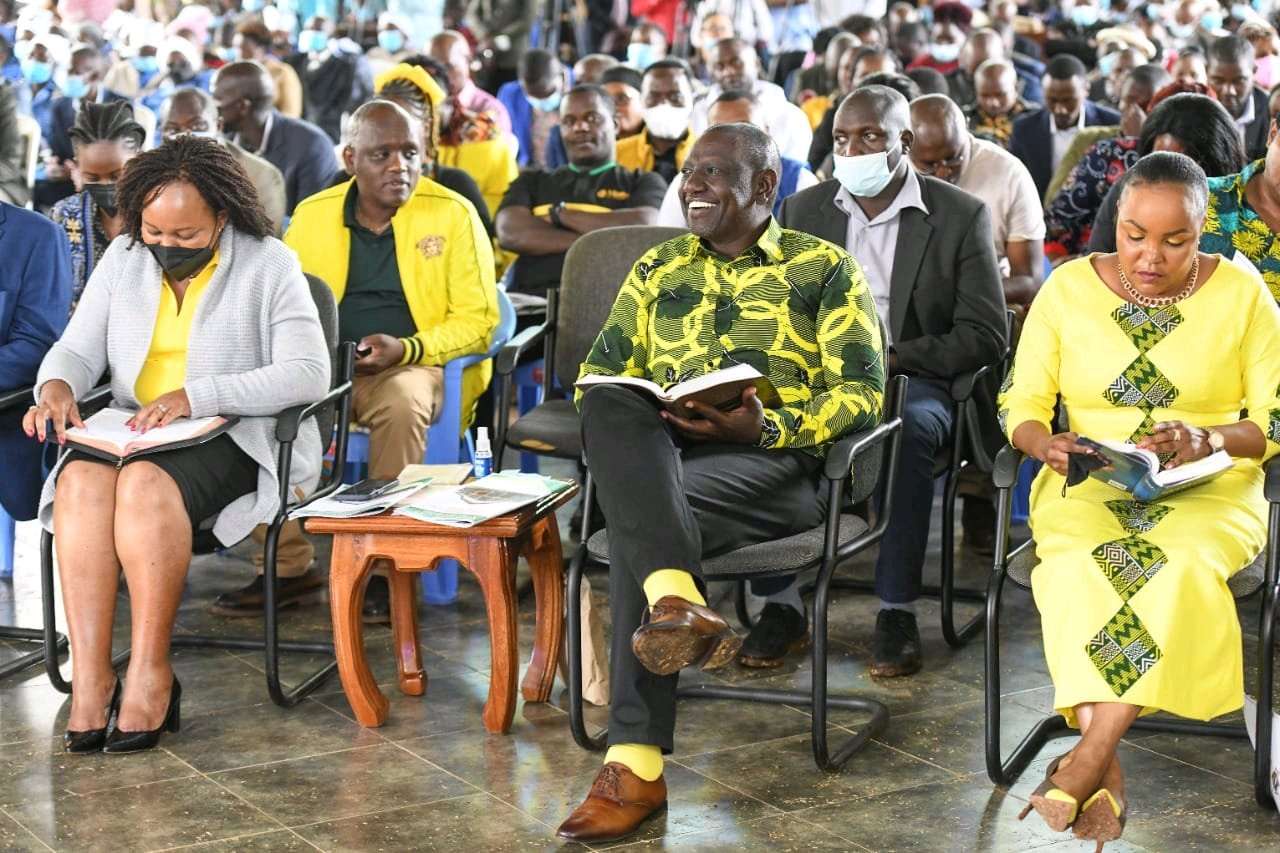 The deputy President William Ruto' s rally in Kirinyaga County was the scene of unexpected boos as residents gave him a clear message before 2022. The second in command was seen trying to beg the audience to stop booing, but his efforts to calm them down were unsuccessful.

In the viral video circulating on social media, the Kirinyaga County woman' s representative, Wangui Ngerici, was greeted on stage by the DP to deliver her speech, only for residents to start booing her.

They booed, mocked while others tried to yell at her when she picked up the microphone to speak. " Harambee… UDA, Harambee…" Ngerici was heard trying to get the attention of the crowd, but all his calls were ignored. He went on and gave his short speech due to the unwelcoming response he was getting. DP Ruto, who had accompanied her on stage, defused the situation. 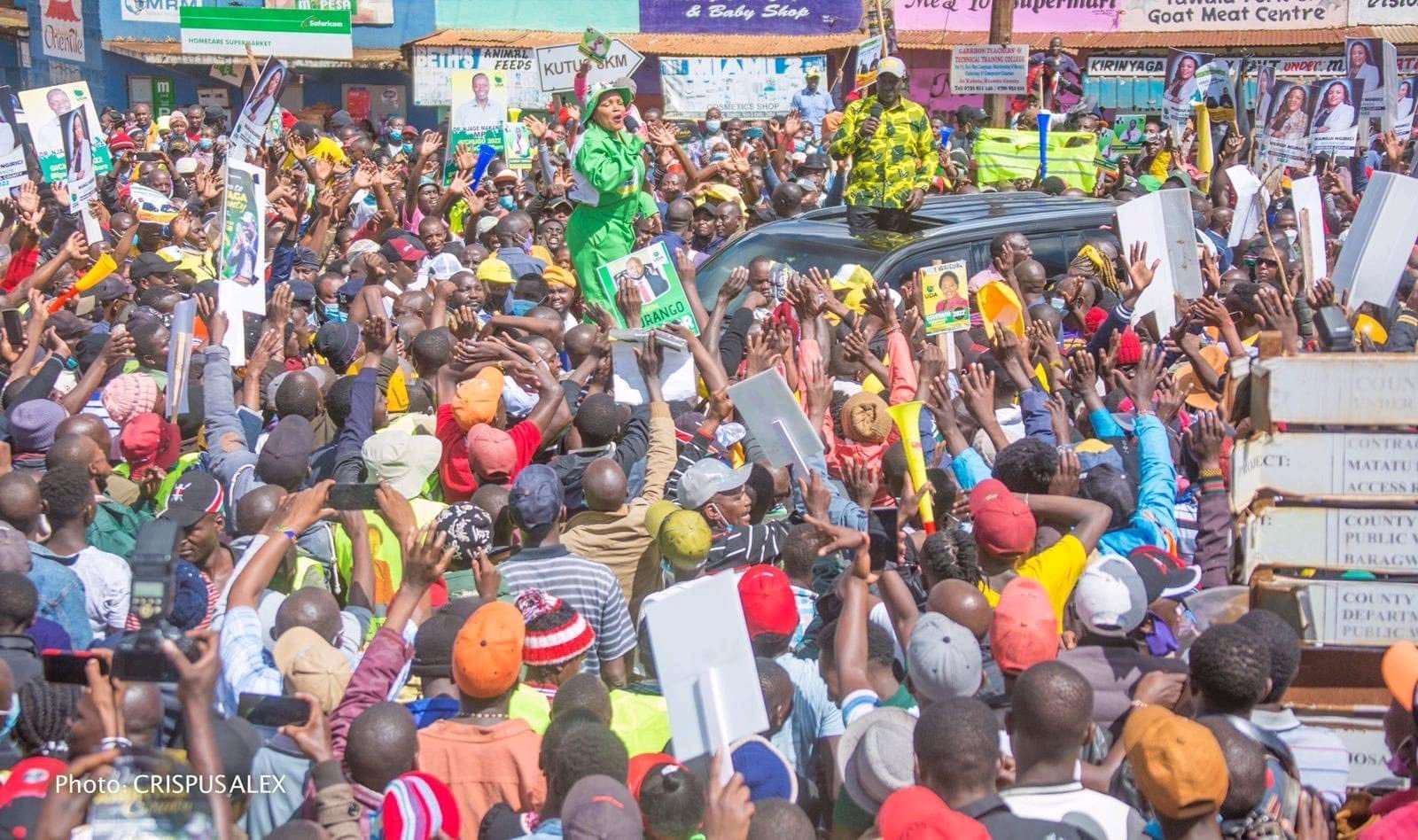 The battle for the governorship of Kirinyaga continues to take shape ahead of the 2022 general election, with Governor Ann Waiguru having joined DP Ruto' s UDA camp in the recent past, a move that has put Kirinyaga MP Purity Ngirici in charge of the difficult task to fight for the post of governor of the UDA. with the governor in office.

Since Waiguru' s move from Jubilee to UDA, Ngirici has taken over UDA activities, missing most of Ruto' s gatherings as before. The decision on who will carry the UDA ticket to the highest seat in the county is up to the voters, and DP William Ruto himself confirmed it during his speech in Kianyaga today. 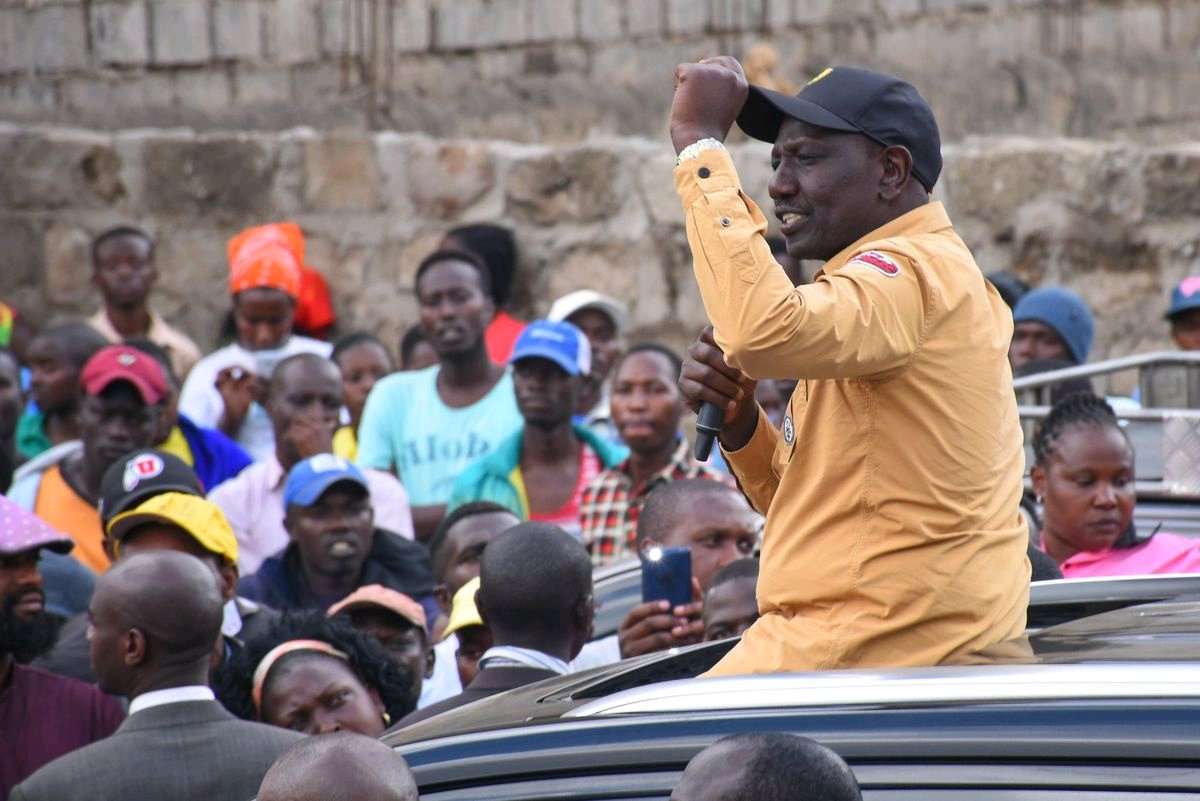 Governor Waiguru was the first to receive DP Ruto' s microphone and the crowd warmly greeted her as she delivered her speech. He affirmed his support for DP Ruto and also called for peaceful campaigns ahead of the 2022 elections.

" Tuko nyuma ya Ruto na serikali ya 2022 itatengenezwa na Ruto. Hatutaki fujo sababu mkubwa atatupa free and fair nominations (We are behind Ruto and the next government will form him. We do not want violence because our leader will present fair nominations)" , he said amid continued cheers from a calm and supportive crowd.

However, Representative Purity Ngirici did not receive the same welcome when she took the microphone after Waiguru' s speech. As the speech began to deliver its speech, the crowd turned hostile and several people could be seen in disapproval.

After Endorsement By 30 Governors Hon Raila Again Has Been Endorsed By Kuria Elders.

Why DP will beat Uhuru in his own backyard in 2022 general election.