By Bubblez (self meida writer) | 27 days 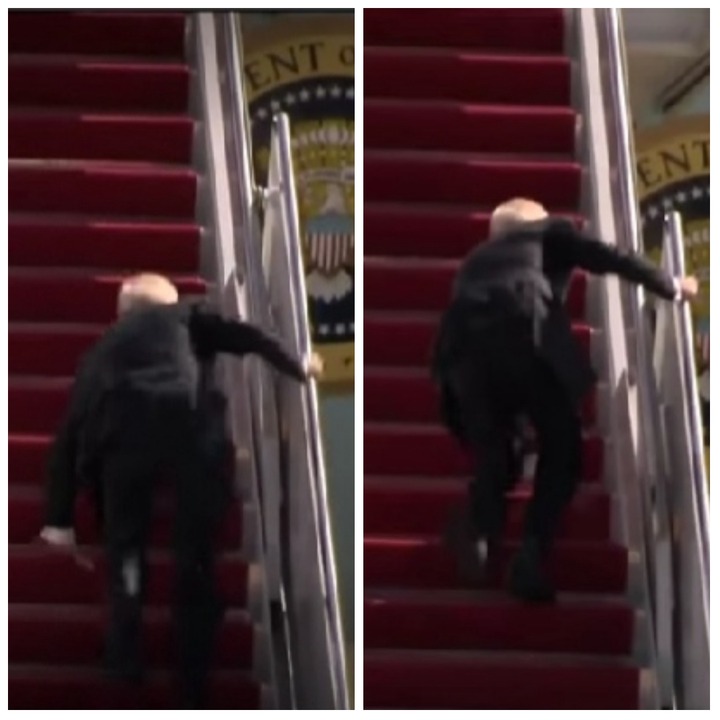 A viral video of the American president joe Biden falling several times as he went through a plane's staircase has left many talking across the internet.

In the video President, Joe Biden stumbled twice then fell up the stairs of an Air Force One.

Biden recovered quickly after falling to his knees and carried on up the steps. He gave a salute at the top before disappearing into the aircraft.

Joe Biden is still young in office after an amazing win over former US President Donald Trump. 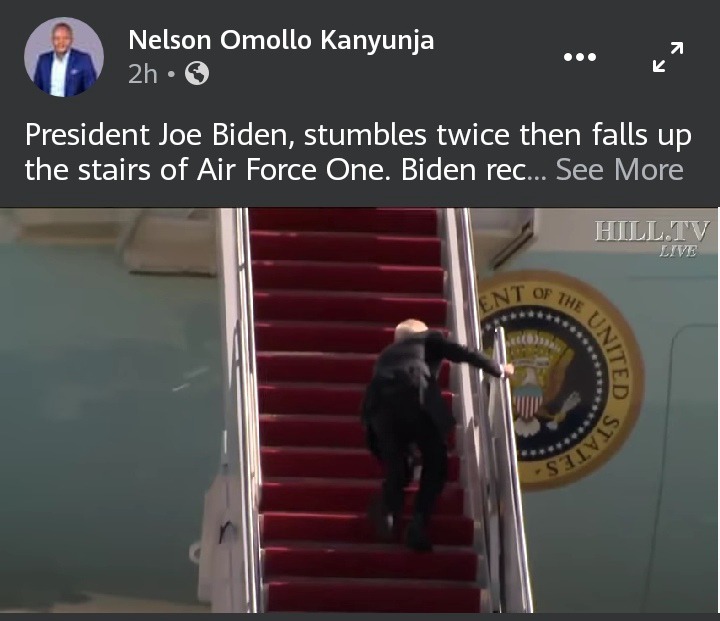 However, his win never came out easily as the former president accused some people of rigging the election.

This led to chaos at capitol hill where several people lost their lives during the horrifying attack.

Biden who seems fit as always has been used to running up every time on the plane's staircase.

The viral video of his gall has however left much talking.

A majority said he was unfit and he should avoid the stuns before he gets injured.

A number said that his age was just past this kind of stuns as he might end up being embarrassed.

@Nelson Omollo Kanyunja..., those stairs are too steep for my friend, those are Obama type of stairs, zirekebishwe, then tell the ADC next time he leaves my President to stumble 3rice and clean his own trouser" he will face the disciplinary panel. 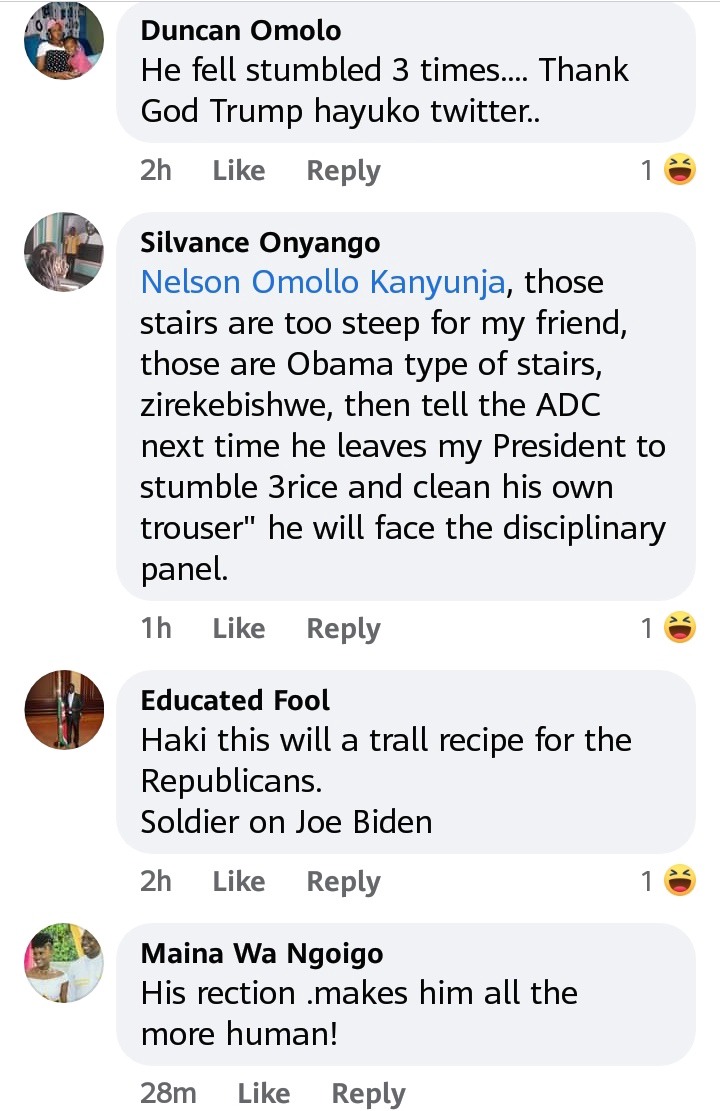 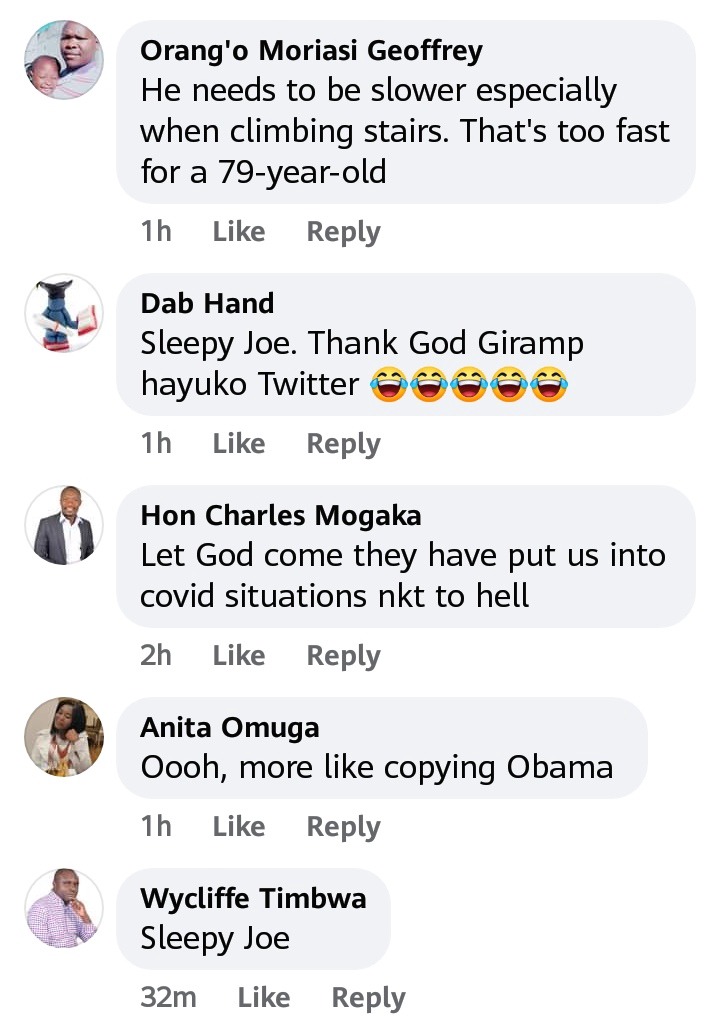 Forget Cabro, Use this New Paving Technology to Make Your Pavements Look Elegant