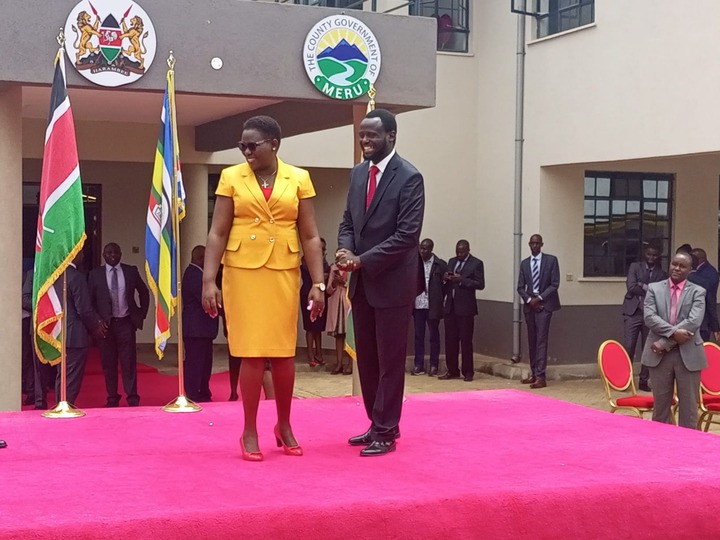 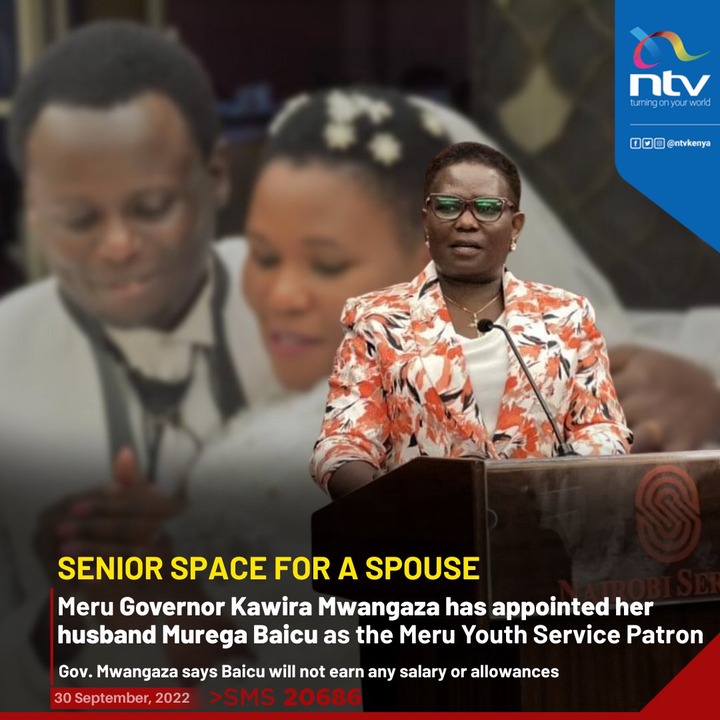 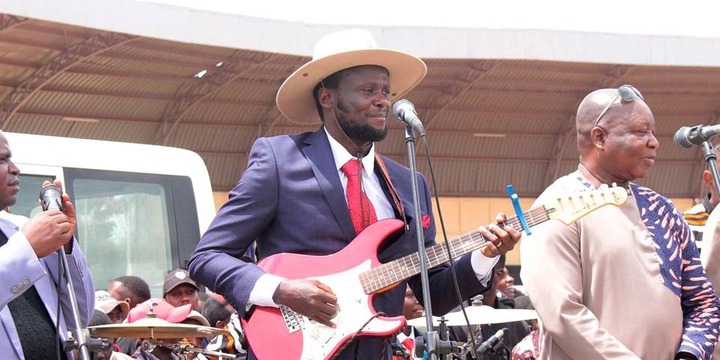 Just the other day, Mwangaza's husband was captured on camera in a meeting with other county official where his wife governor Mwangaza was presiding. This is despite him not holding any position within the county. 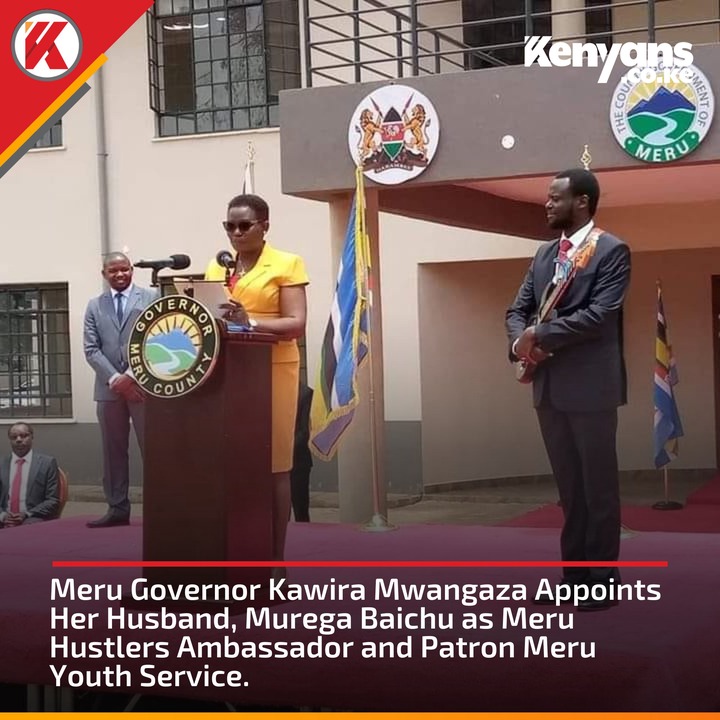 In today's action where governor Mwangaza appointed her to such plum position, tye residents and other Kenyans have taken to social media to say that the governor is actually promoting nepotism within the county where she's appointing her close relatives to county jobs. 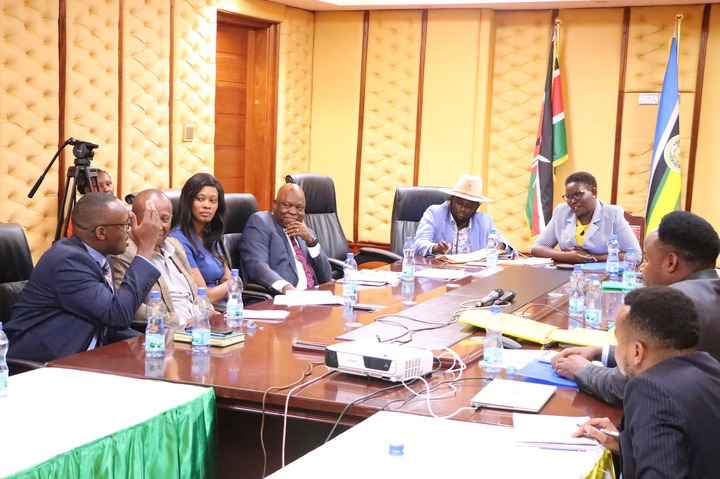 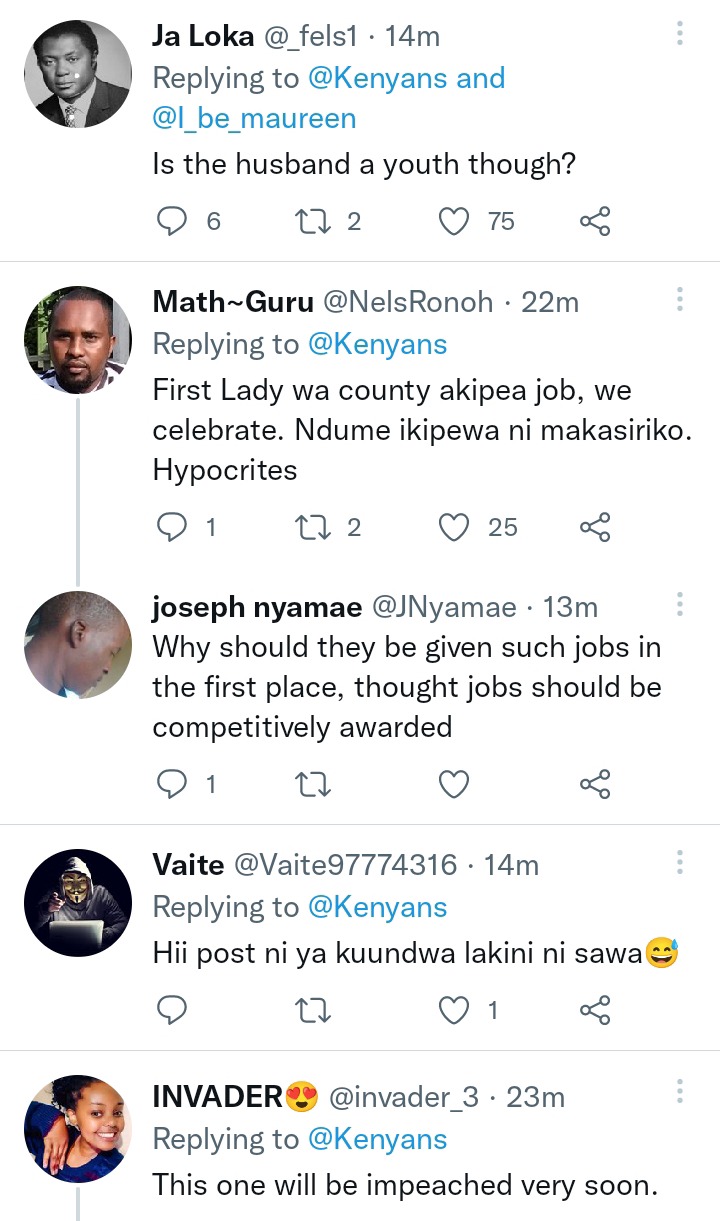 "I never thought she would make it, to be sincere we shot ourselves on the foot. Didn't vote her, to imagine I will carry that shame for five yrs is not something to be taken lightly. Meru we've become a laughing stock, we almost got everything right except this one." Ntiks reacted. 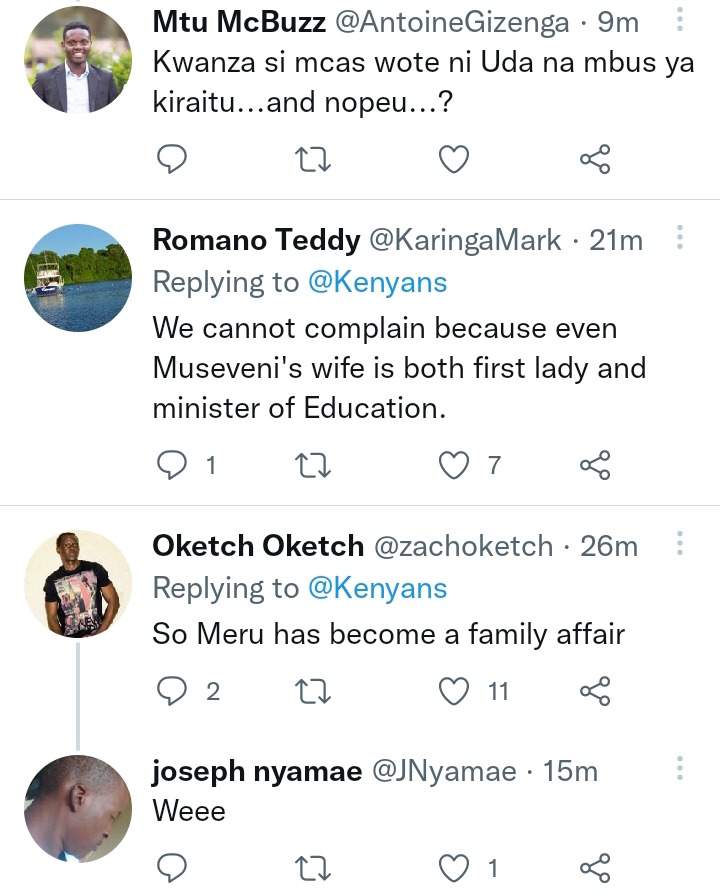 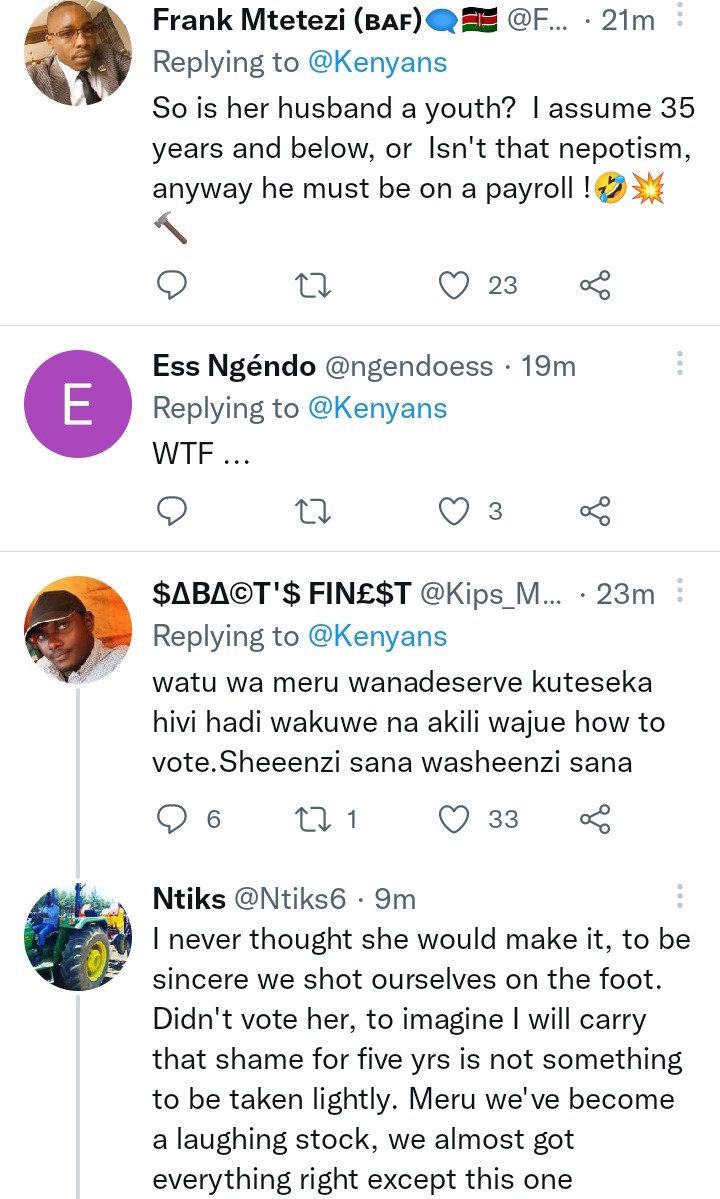