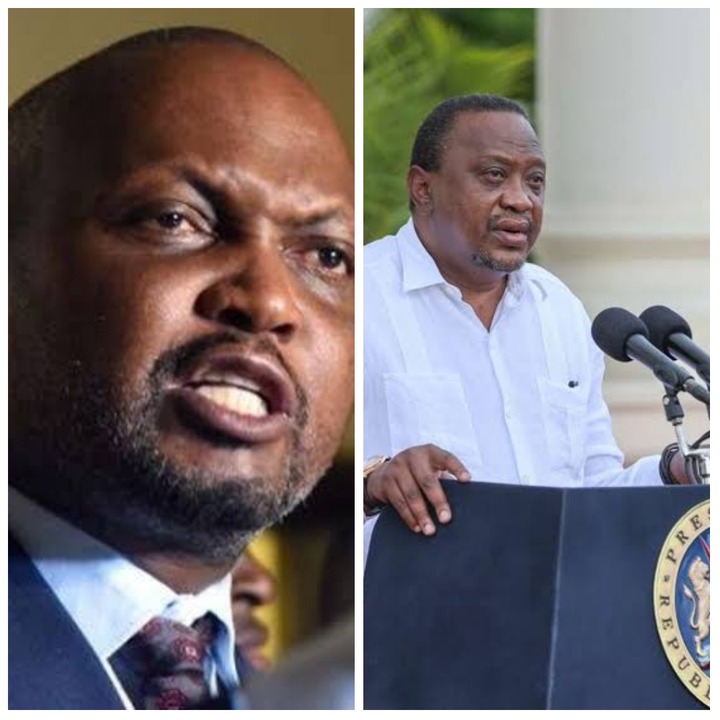 The famous Gatundu parliamentarian Moses Kuria was last night arrested at one of the local hotels by police officers.

According to Kuria he was ferried to Karuri police station in kiambaa Kiambu county where he was accused of flaunting the set covid guidelines and regulations.

Kuria was arrested alongside a group of several other members of public for flaunting curfew rules in the Red zoned areas.

After his arrest Kuria tweeted blasting the president Uhuru kenyatta, in his remarks

Kuria wants the president to finish his term and go home.

The president Uhuru Kenyatta and Moses kuria will be facing off at the Juja parliamentary seat by-elections.

Moses Kuria has been campaigning for his PEP candidate Koimburi who will be facing off President Uhuru's candidate who also happens to be Wakapee's wife running on a Jubilee party ticket.

Moses Kuria is a deputy president William Ruto close ally, many of Ruto allies have been on the frying pan for associating with the Dp.

Dp Ruto ally Dennis Itumbi has once again taken to the social media accusing the deep state of trying to intimidate politicians through arrests.

According to Itumbi, Moses kuria was arrested at one of the hotels allegedly owned by President Uhuru Kenyatta's close ally. 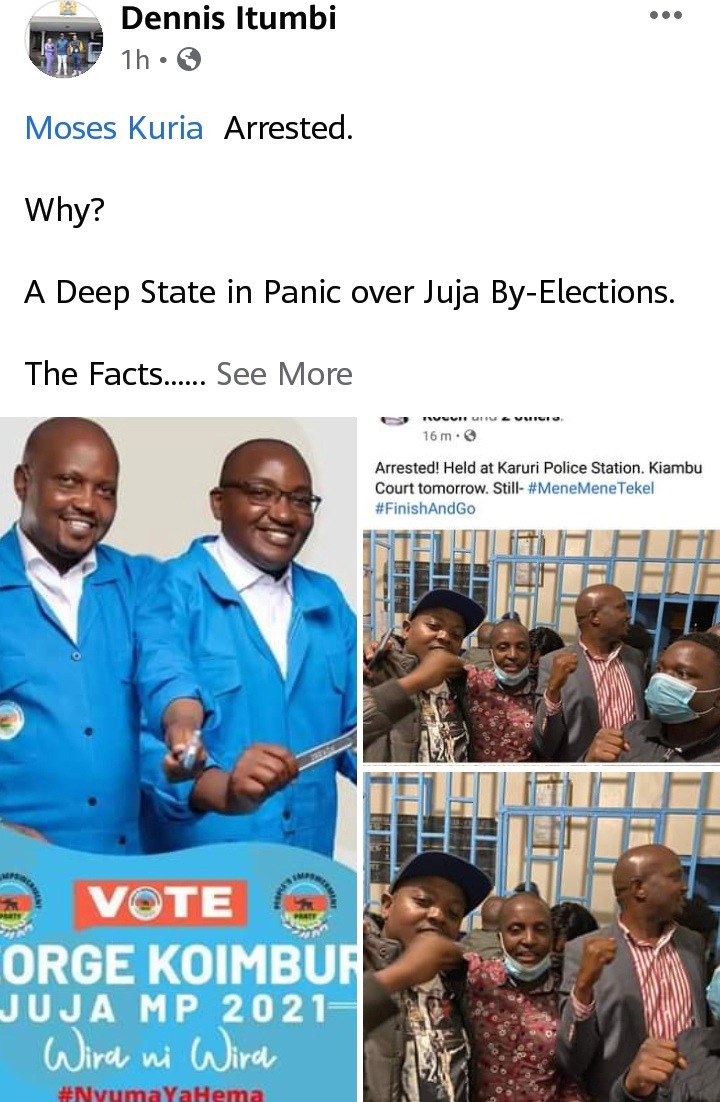 Itumbi said Kuria's arrest was all politically instigated by the deep state.

He went futher saying there has been plans by the deep state to remove Koimburi's name from the ballot papers.

However he said the decision as to whom will represent the people of Juja after Wakapee's death laid with the resident of Juja.

Kuria will be arraigned in court tomorrow alongside others to face charges on faulting curfew. 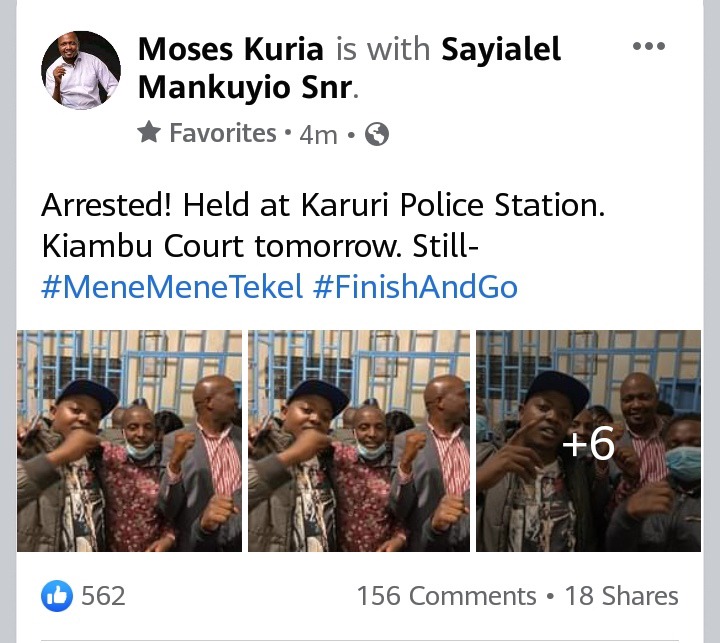