By Feloky (self media writer) | 1 month ago Yesterday, Raila Odinga together his running mate honourable Martha Karua and Kalonzo Musyoka held a Thanksgiving prayers at safari park hotel. They later discussed important things that will drive their coalition foward both in the national assembly and the senate. While addressing all the attendees, Raila Odinga maintained that he decided to accept the outcome of the presidential election because he wanted Kenya to remain peaceful.

Secondly he said that if he had strongly rejected the the results that were declared by IEBC chairman honourable Wafula chebukati, then he would have repeated a mistake that happened in Kenya immediately after 2007 general election where majority of Kenyans lost their lives and properties as a result of post election violence. 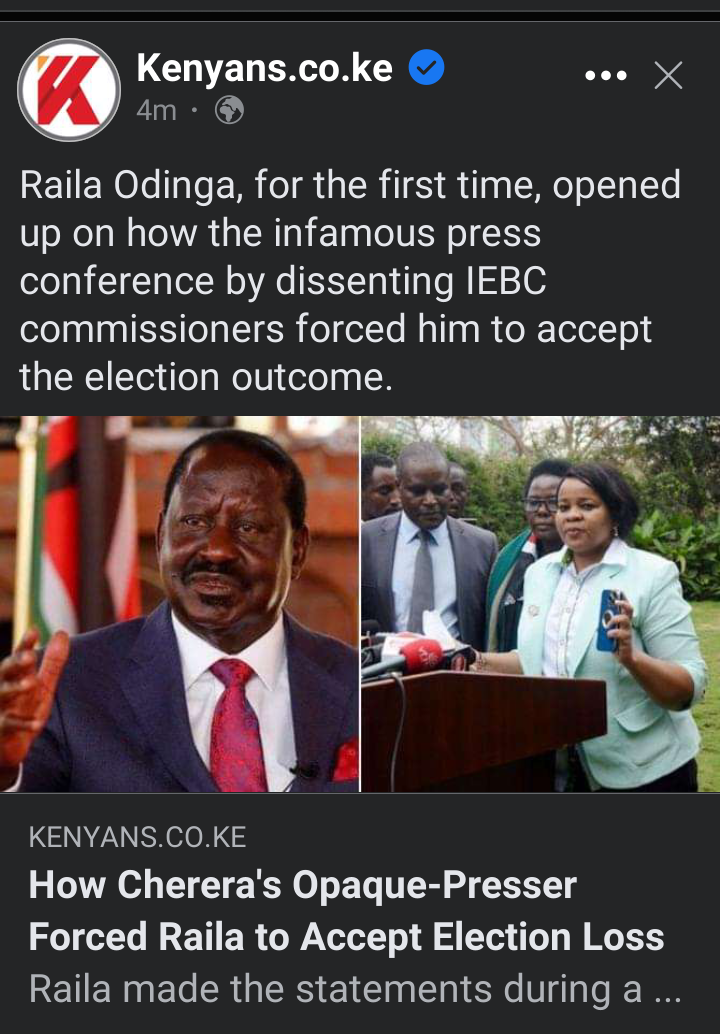 Thirdly, he recalled what happened in ivory cost in the year 2010 after the electoral body chairman announced presidential results in hurry after disagreeing with his Juniors. The outcome was not good since the country plunged into chaos hence attracting the attention of the international criminal court (ICC). He linked it to what happened between Chebukati and Juliana Cherera on 15th of August 2022 when presidential results were being announced to the public.

Lastly, he said that the decision by the four dissenting IEBC commissioners led by Juliana Cherera, Irene massit Justus Nyangaya and Francis Wanderi to oppose the presidential results that was announced by Wafula Chebukati forced him to concede defeat in order to prevent the country from going into a dangerous civil war. 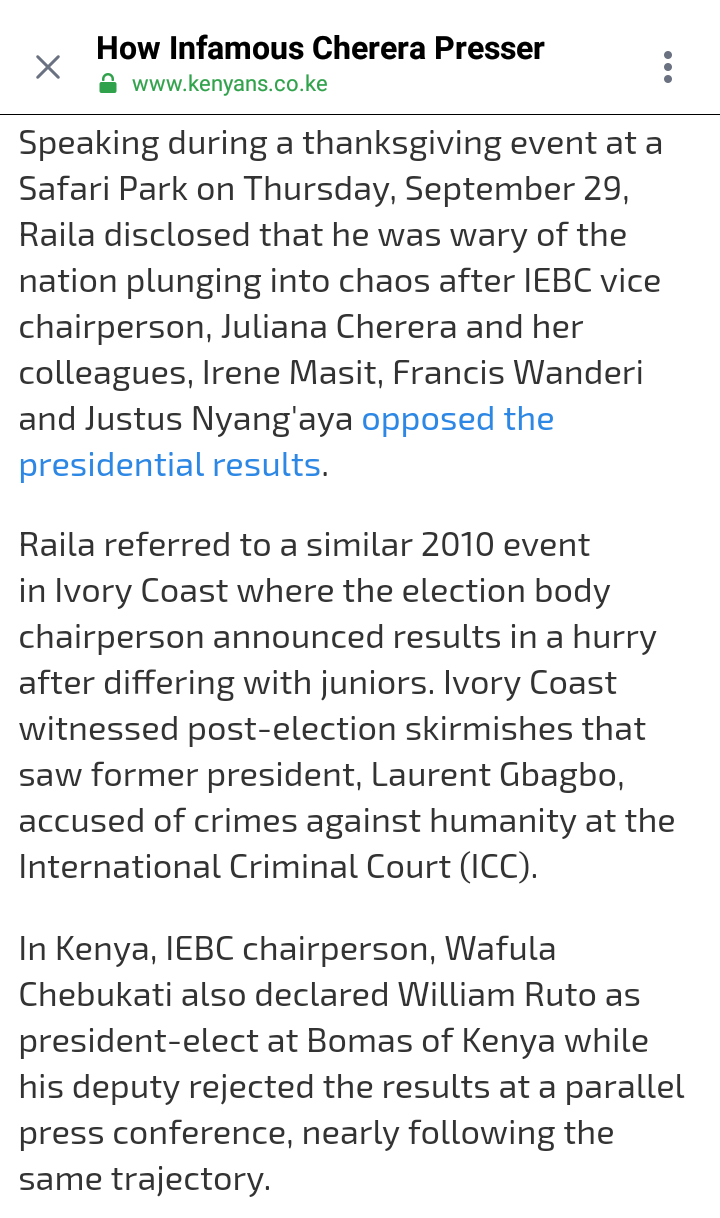 Content created and supplied by: Feloky (via Opera News )

Prayer For The Week That Will Inspire You

"Kalonzo is Doing What Ruto Did" Expert Reacts to Remarks by The Wiper Boss, Cautions The President