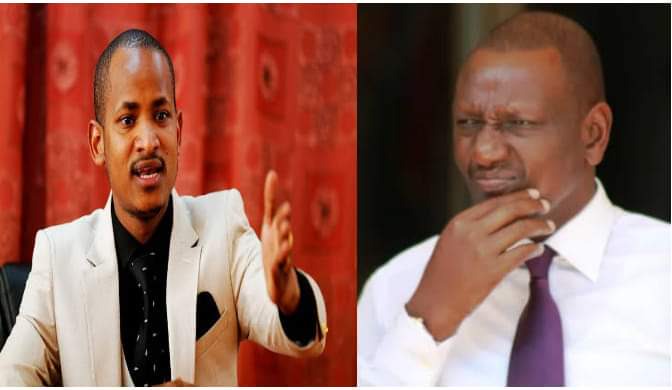 Hon. Babu Owino, a lawmaker representing Embakasi East, has been into hot water with his fellow Kenyans after publicly criticizing President William Ruto over the Hustler Funds project, which H.E. Ruto announced just the day before.

The Orange Democratic Movement, an ally of Raila Odinga's, has criticized the project, calling it a move that will put even more pressure on Kenyans and implying that the Kenya Kwanza government under President Ruto is acting in a manner that is contrary to the promises they made to the people of Kenya.

According to Owino, a staunch Raila supporter, on the eve of the Presidential elections, President Ruto promised to award grants to Kenyans for their projects rather than loans, and he urged Kenyans to boycott the loan initiative because the government would gain more from it than they would.

He suggested that the President of Kenya reconsider the gap between his campaign promises and his current actions. Moreover, he argued that Kenyans are struggling due to the economy and that Ruto should follow through on his promise to distribute free money.

"Instead of being a loan, Hustler Fund ought to be a gift. In his campaign speeches, President Ruto promised that this funding would be provided without any expectation of reimbursement "The lawmaker made the following statement.

The Head of State approved the project yesterday, allowing Kenyans to borrow between Ksh. 500 and 50,000 at an annual interest rate of 8%. The President set the record straight, stating that the funds are not intended for food but rather for the small businesses who will receive refunds.

President Ruto added that the initiative would primarily benefit young people already operating small firms or who have ideas but are short on funding.

Hon. Owino received a lot of backlash after his response, with many Kenyans urging him to focus on the Azimio La Umoja alliance and giving the President free rein to run the government.