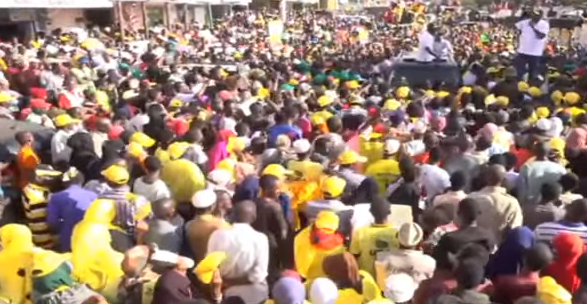 Garissa Township member of parliament Aden Duale has assured Deputy President William Ruto, that the residents of North Eastern Region are solidly behind his presidential candidature in the August polls.

Duale who was speaking on Tuesday in Isiolo after accompanying Ruto for a political rally, argued that the North Eastern Region residents have realized that it is Ruto's Kenya Kwanza Alliance that has their interests at heart, compared to Raila Odinga's Azimio La Umoja One Kenya Alliance.

He further called upon President Uhuru Kenyatta to keep off influencing his own succession by supporting Raila, and instead allow a neutral political space for every presidential candidate.

The former Majority leader of the National Assembly noted that the president has no choice than to retire from politics, as Ruto's camp will be forming the next government after the next month's polls. 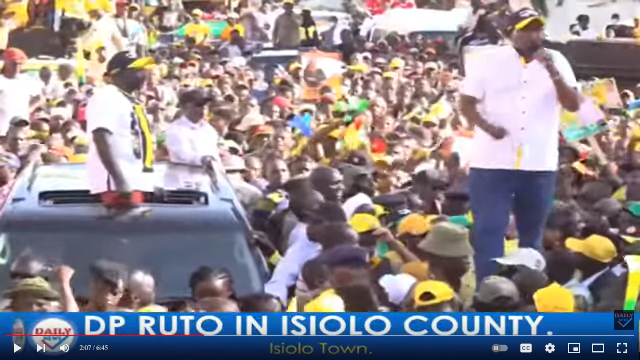 "This time round, the child of the poor will seat at the same table with the child of the rich to make decisions concerning this country. I want to tell Uhuru that in the next less than 34 days, he will retire and go home, he has no choice than to start packing his belongings."

"We know that Azimio is just another ODM, and that is Raila Odinga. He cannot hide behind President Uhuru Kenyatta who is going home," added Duale further saying that nobody will be able to rig them out in the August polls.

The vocal lawmaker further dismissed claims that the Kenya Kwanza Alliance manifesto does not outline how they intent to fight corruption should Ruto win the presidency, saying that they had listed and proposed formation of a Judicial commission that will be tasked with handling corruption and state capture.

What Happens to Politicians Caught Campaigning After IEBC Deadline