By Gabbymedia (self media writer) | 14 days ago 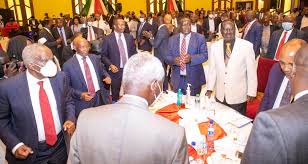 As 2022 general election draws closer, political players are doing all they can to gain massive support to run for various seats in forthcoming elections. Political Bigwigs are flexing their muscles in the bid to succeed president Uhuru Kenyatta who is serving his second and final term in the office. 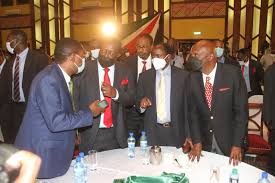 Several leaders have already announced their interest to run for country's top seat. Next year general election is expected to be a two horse race between deputy president Dr William Ruto and former prime minister Raila Amolo Odinga who now enjoy support from president and other state machinery.

President Uhuru Kenyatta is very keen on succession plan and that's the reason why he is working to see all opposition bigwigs unite ahead of next year general election. This week One Kenya Alliance which bring together Musalia Mudavadi, Kalonzo Musyoka, Moses Wetangula and Gideon Moi met Mount Kenya Foundation in the bid to get support from the vote rich mountain region. 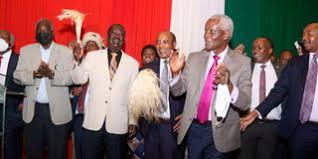 Mount Kenya Tycoons took the opportunity to urge One Kenya Alliance principals to unite with Raila if indeed they want to form next government. The tycoons also used to rubbish the claims that already they have a preferred presidential candidate. The tycoons said they will have a three retreat where they will discuss and agree on their preferred presidential candidate whom they will submit his name to president Uhuru Kenyatta. 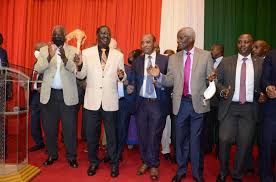 "It is almost a given that Raila will be their choice but how to deal with the disaffection that will follow is their biggest headache,” the former Cabinet Minister.

“It is a no brainer that Raila is their choice and instead of trying to sit in long luncheons to buy time, they should declare the ODM leader their presidential candidate and meet us in the field,” he added 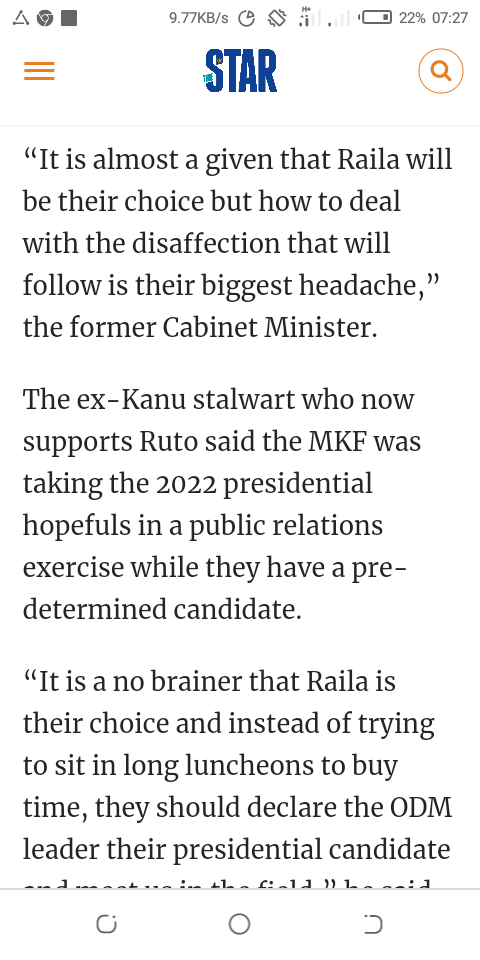 "Rest With Angels," Tears Flow Freely as Athlete Agnes Tirop is Laid to Rest in Nandi[PHOTOS]