Police officers from Baringo are currently investigating an incident that happened where two people were allegedly killed by a United Democratic Alliance party truck that allegedly Overturned. 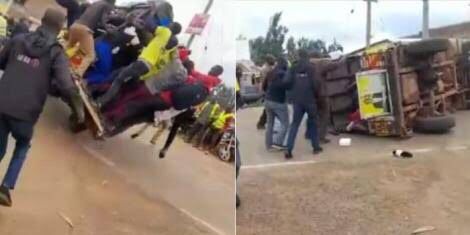 In a news report that has been shared by a reliable source of information, it has been revealed that the truck had just concluded its campaigns and was heading back before it Alegedly lost control and Overturned killing 2 people on the spot.

According to the reports given by police officers who are currently investigating this incident, they claimed that several victims were rushed to the hospital where they are currently receiving medical treatment.

This is happening at the same time when the government through the IEBC has revealed that the last campaigns were held yesterday. In a news report that has been shared by a reliable source of information, it has been revealed that anyone who will be caught Campaigning will be disqualified.

According to the reports given by most Kenyans, they claimed that it was so unfortunate that most politicians often leave these victims when tragedy occurs despite the fact that the same victims were voting and Campaigning for them.

James... This is one of the main reasons why i don't often understand why people often go to campaigns. I will never do it because they won't help the family. 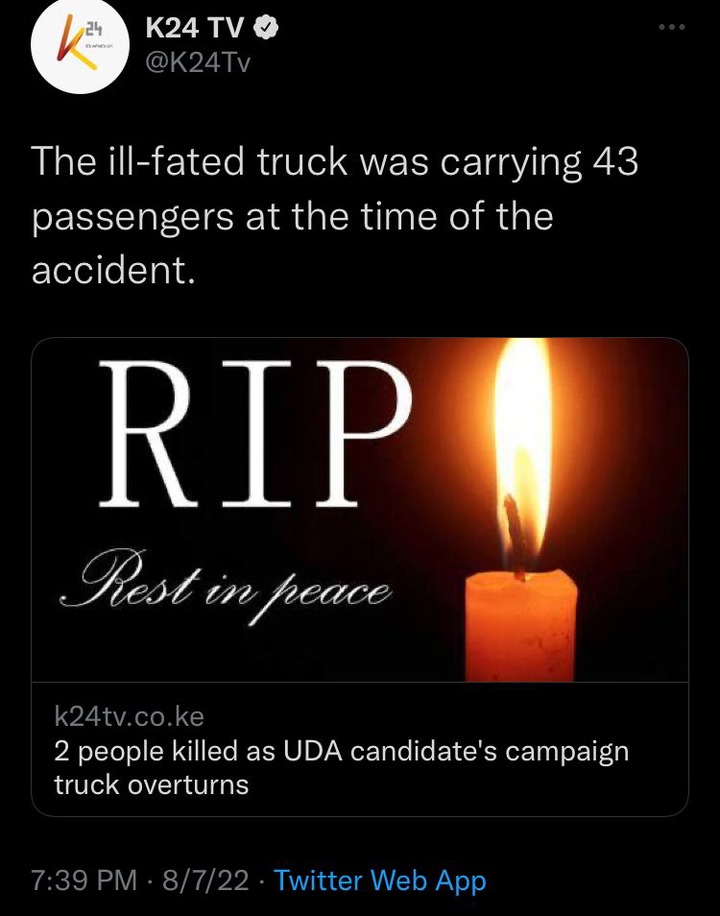 "Devolution is an oversight or is it not a priority to this administration?" Eugene Wamalwa Remarks

My Mom Used To Bring Men To Sleep With Me At Home And Take The Money, I Was Born Disabled- Lucy

The Most Powerful Cabinet Secretary In Ruto's Cabinet Unveiled