By SkyperNews (self media writer) | 2 months ago

Hours after Vice President William Ruto's convoy was stoned during the campaign in Kisumu, police said he had received information about local tensions and notified the Democrats before he stopped by. 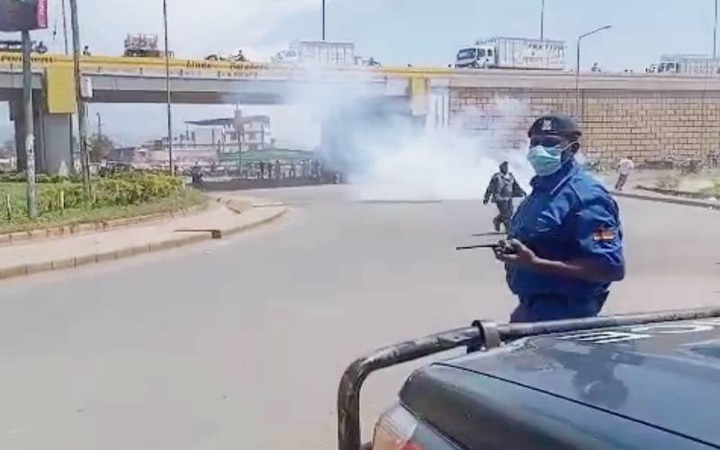 Police spokesman Bruno Sioso said in a statement Wednesday that there were tensions in the Kondele region over the distribution of campaign logistics funding between local groups.

Ruto has to shorten his speech while talking to the residents of Kondele when his convoy encounters a hostile welcome from a violent youth on his second visit to the seaside town. A riot broke out at the Kondele Roundabout when the Ruto's convoy arrived at the scene. Shioso added that the information was immediately shared with the DP team and recommended skipping the area.

"During the rally, violence broke out among local angry groups engaged in stone-throwing and other unruly actions," Bruno said.

He said police had taken immediate action to contain the situation and make sure the Democrats were not injured. The riot police threw tear gas to force the violent youth in the area to stop it. The Deputy President later condemned the case through postings on Twitter accounts, stating that the "Hustler State" was away from leaders and political groups who used violence to promote selfish objectives.

Content created and supplied by: SkyperNews (via Opera News )

Musalia Mudavadi Meets This UDA Learders Ahead Of Bungoma Rally.