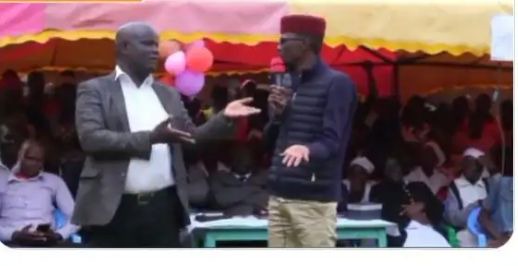 With only few weeks to the next general elections that Kenyans are eagerly waiting so that they may exercise their democratic right through voting in leaders of their choices, political contenders are seen roaming across the streets of the country Kenya campaigning hunting votes for their various elective political positions as MCAs, MPs, Senators, Women Reps and Governors.

The presidential race on the other hand is not left behind as the top contenders for the forthcoming presidency race appear to be the former prime minister Honorable Raila Amollo Odinga and his counterpart the Kenya Kwanza Alliance flag bearer Honorable William Samoei Ruto.

The two frontrunners are believed to have popularized their political parties in many parts of the country Kenya making them more popular than other presidential candidates who are also eyeing for the top seat that is set to remain vacant in August when President Kenyatta shall officially retire.

In Bungoma County, Ruto's pointman the Kimilili Member of Parliament Honorable Didmus Baraza was seen walking out of the function with his supporters after he been denied a chance to talk.

According to the news by the Nation Africa, the leader walked out of the function after he had been denied a chance by his political opponents to address the audience. A huge crowd was seen following him. Honorable Baraza later addressed his supporters few meters away from the function where he was denied a chance to talk. 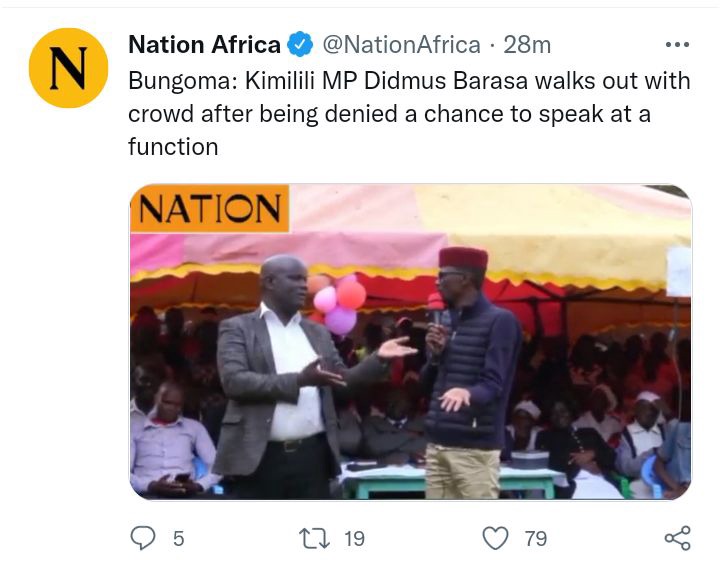 KANU calls for Truce Between Azimio and Kenya Kwanza RIvals