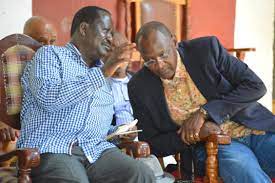 Following today's public appearance the three were captured in photo that has been going around in the social media. However, it is not clear what the meeting was about as speculation rose on why Uhuru's brother was in the meeting.

David Ndii took to his Twitter account to share and alleged that, the Penny was finally dropping and there was no honor among thieves, can’t trust any but your own. He continued to say that Gideon Moi would become the running mate, Raila the Flag bearer and that Muhuho Kenyatta could be the designate "Prime Minister”. 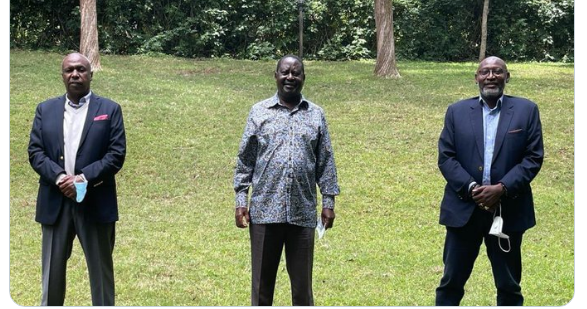 Is Muhuho part of a strategic plan to form the next government if the BBI pass all the stages? Or was he just an emissary for the President on his behalf?

As political landscape continue to take new twist and turns every day, pressure mounts among political bigwigs to produce a strong team that will lead come the next General Election.