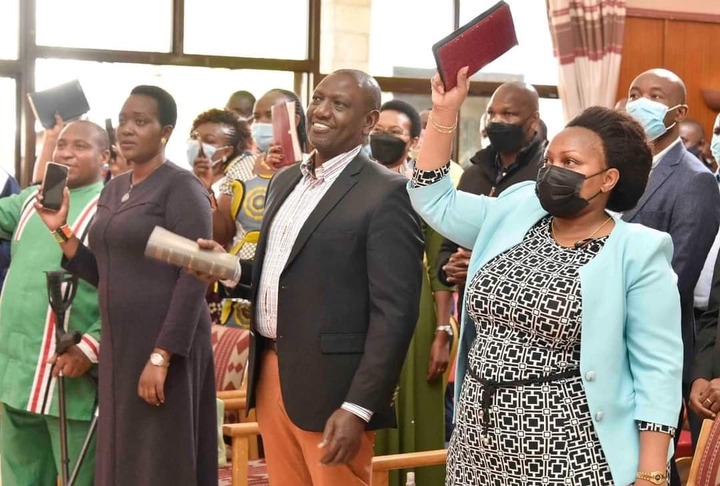 Governor Anne Waiguru of kirinyaga county has elicited mixed reactions after making a surprise move ahead of the 2022 politics where she is expected to defend her seat that she won for the first time in 2017.

Currently, a Video is doing rounds on social media where Waiguru left almost no doubt to where she is heading to ahead of the 2022 general elections. In the video, she asks residents on which party they want her to defend her seat on and after getting a response in favour of UDA party, she pledges to respect their decision.

And now, nominated senator Milicent Omanga has come out to finally break her silence after governor Anne Waiguru's move that has left many kenyans reacting.

In a social media message, Omanga welcomed Waiguru into the United Democratic Alliance party and played up the decision saying that she had joined a large national party.

"Karibu UDA Anne Waiguru. Chama Kubwa," she said in what loosely translates to: (welcome to UDA party. This is a giant national party).

Her stance also left many kenyans reacting in the comments section.

Plukut: Lakini asikae kiti ya mbele, i remember how she described us before the timely death of BBI. 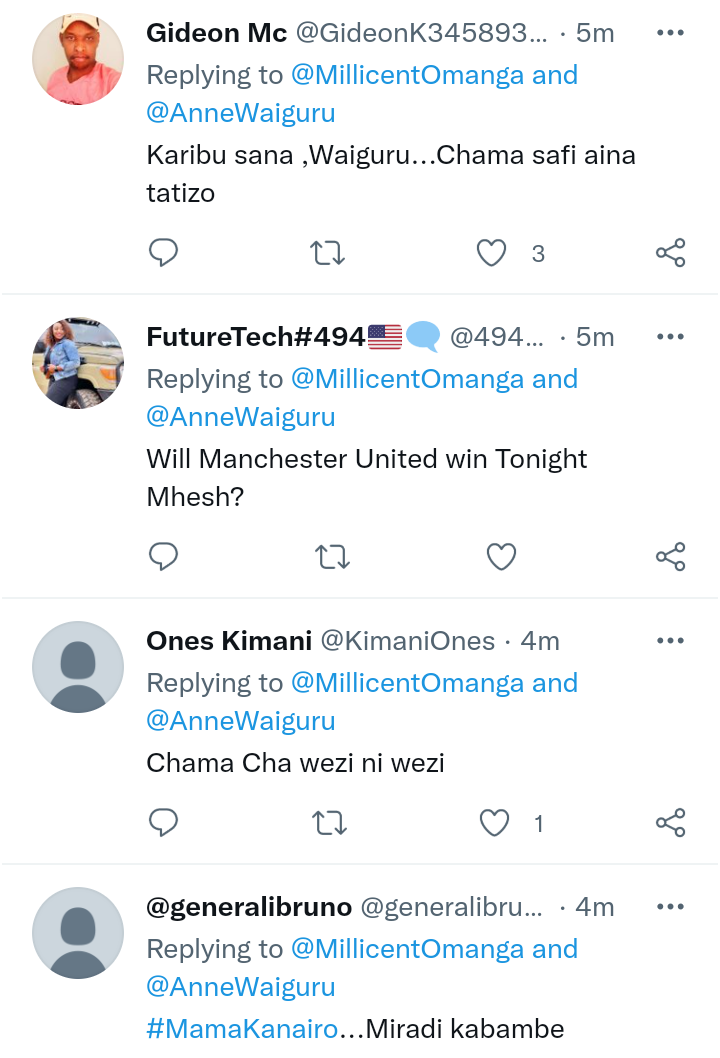 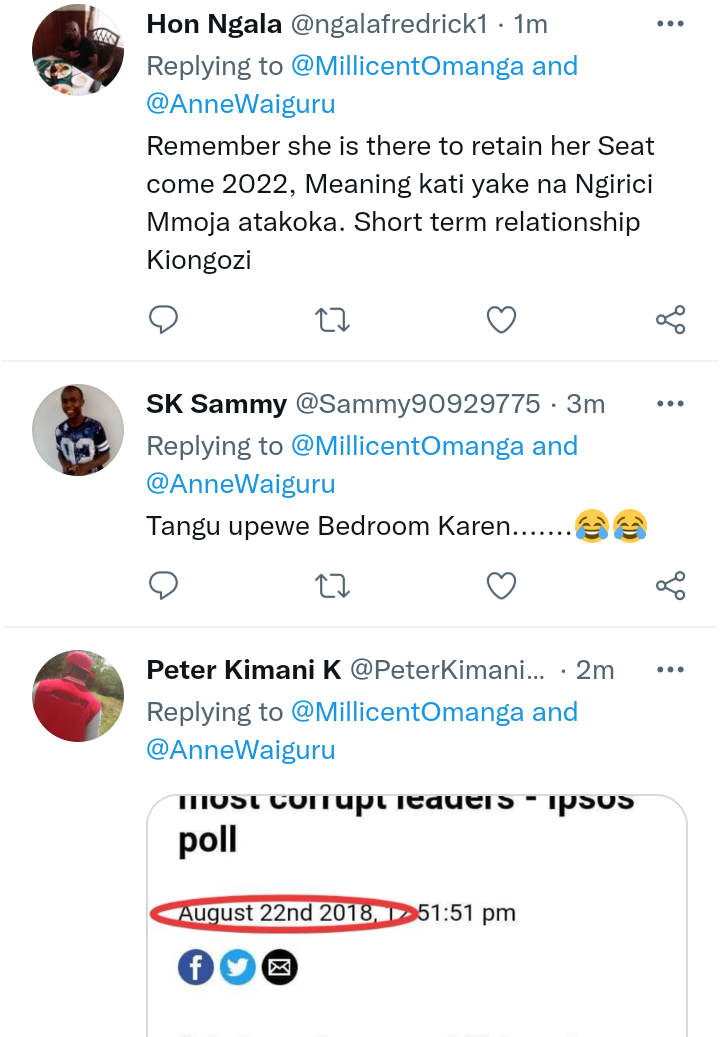