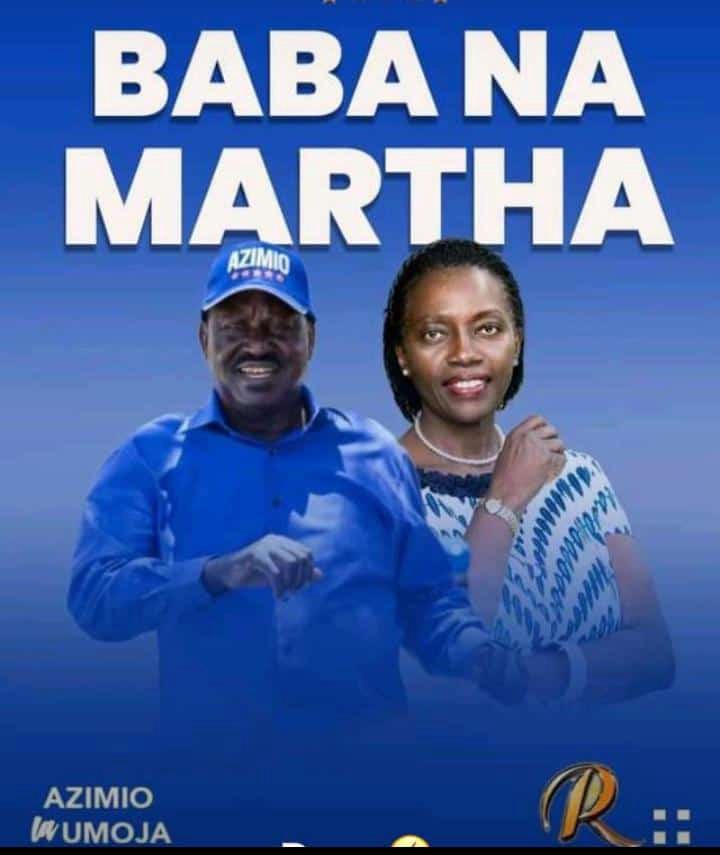 Many Kenyans had waited days to know who the UDA and ODM party leaders would name as their running mates and that has passed after they did so. On Saturday 14th Kenya Kwanza led by the United Democratic Alliance UDA party leader William Ruto named Mathira member of parliament hon Rigathi Gachagua as his running mate while Raila named Martha Karua on Monday as his running mate.

Since then, Kenyans both Raila and Ruto supporters have been forming memes from their names to show their support towards them. Let's have a look below.

For those who know Swahili language better, know the word Matharau 'disrespect'. Ruto supporters went ahead to create this word using Martha Karua and Raila Amolo Odinga names to form a borrowed Swahili name Martharao. This didn't end there as they forme a Swahili sentence 'Chagua Ruto na muache Martharao,' which means choose Ruto and stop being disrespectful. 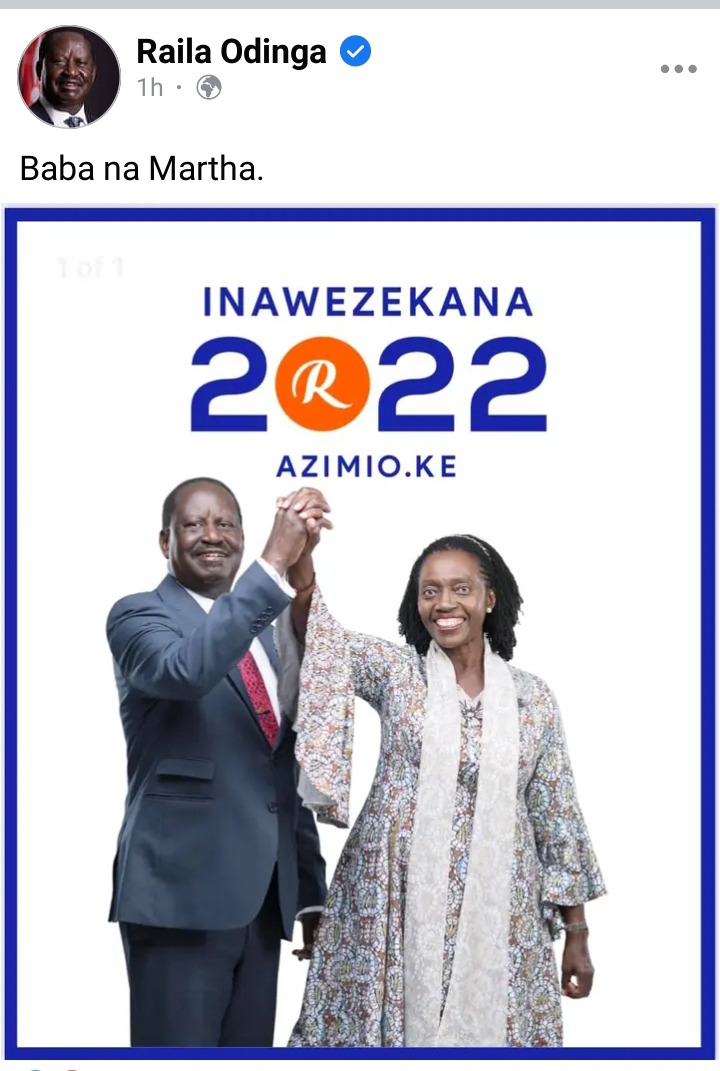 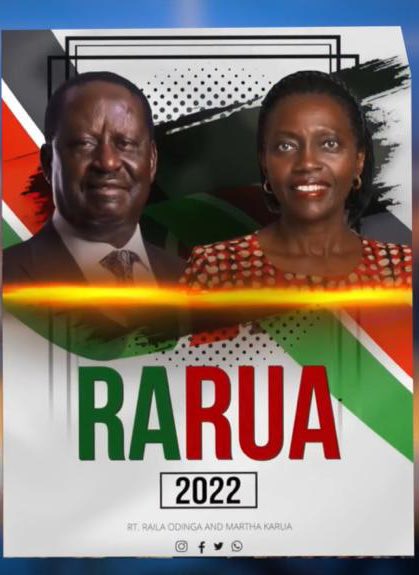 This is a Swahili word which means tear apart. Raila's supporters were not left behind in creating this meme using Raila's first name 'Raila' and Karua's last name to form 'Rarua'. They went ahead and forme a Swahili sentence 'Rarua Ruto's meaning tear Ruto apart'. Additional another sentence fromed from this Rarua meme is Rarua hao wezi.

Immediately Raila Odinga namingi Martha as his running mate at KICC, he said that it is time for Baba na Mama (Time for father and mother) to lead this country. His supporters would not wait for a single second to pass. Instead of the Swahili word 'Mama' they decided to borrow the English word mother and replace it with Karua's fisrt name Martha and renamed Raila's slogan to Baba na Martha.

Ruto Chants Fill The Air As Dp Ruto Buys Omena Worth Ksh. 1k For Ksh. 50k from a Youthful Hawker

JUST IN: President Uhuru Arrives at UoN For His Inauguration [Photos]

'No Food No Elections' Kenyans Demonstrate In Nairobi CBD.

Kenyans React After KRA Announced That They Collected Ksh 2.03 Trillion