As Kenya gradually heads to August ninth general elections,the presidential contest which is the highly watched race has seemingly been narrowed down to a two-horse race pitting Deputy President William Samoei Ruto against Orange Democratic Movement Party leader Raila Amolo Odinga.This is despite the fact that One Kenya Alliance has also promised to front their flagbearer to tussle it out with these two fiercest political giants. 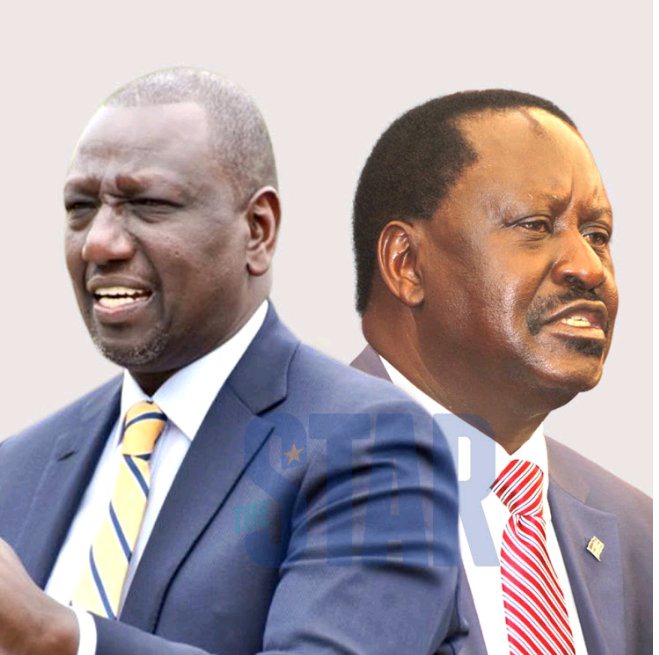 With Ruto and Raila seemingly leading the pack,latest opinion poll by Statistics Kenya has boldly unveiled the popularity of the duo as far their backing in the eight regions of Kenya is concerned.

With the previous eight provinces of Nairobi,Central,Western,Nyanza,Eastern,Coast,Rift Valley and North Eastern as the key regions of Kenya,below is the stastical outcome of Ruto and Raila's popularity ahead of August ninth:

The Deputy President leads in Eastern,Central and Rift Valley regions.His popularity in Eastern is highly attributed to his massive following in Meru,Embu and Tharaka-Nithi counties with Lower Eastern seemingly behind Kalonzo Musyoka and the region's three governors.

The ODM party leader leads in Nyanza, Coast,Western, Nairobi and North Eastern.Despite the former Prime Minister leading in these five regions,he needs to burn more midnight oil to further his support in Western and Nairobi which seem to be experiencing a neck to neck race between him and Ruto. 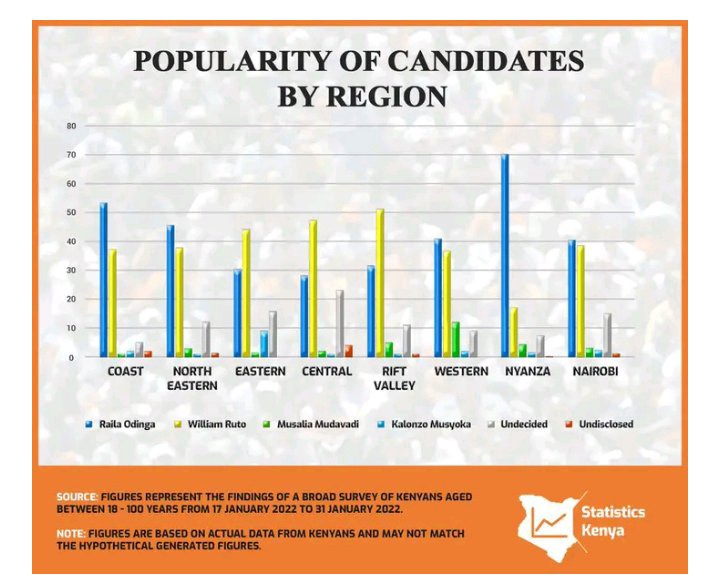