By KevoEyewritter (self meida writer) | 18 days 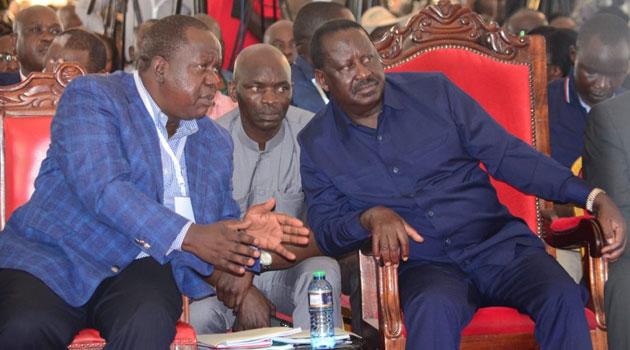 Numerous political polls and predictions have named Deputy President William Ruto as the candidate to beat in the upcoming 2022 presidential Elections.

Even Kitui governor Charity Ngilu has recently been urging Raila Odinnga to unite with NASA coalition leaders and other politicians and work together or risk loosing the presidency to Ruto come 2022.

With that being said, new details have emerged about Raila Odinga's plan to endorse Matiang'i for presidency come 2022.

In a report by The Star, it is alleged that Raila and Uhuru are secretly grooming Matiang'i as they perceive him as the best candidate in the country to face off with DP Ruto.

Reacting to this news, Suba South MP John Mbadi acknowledged that Matiang'i is someone who can not been under looked. Mbadi further showered the interior CS with praises terming him as a technocrat who has already built a name for himself politically.

The vocal MP however questioned the report arguing that he was not aware of any plans to endorse Matiang'i by his boss Raila Odnga. According to him, such plans will be communicated if indeed they are true.

"If there will be anything like that, we will hear...but for now, i don't know what that role would be," Mbadi told The Star. 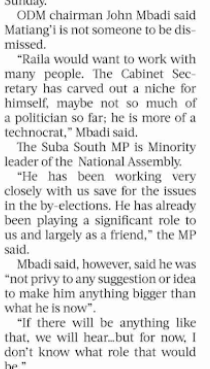