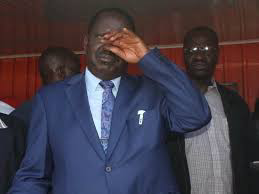 Vice Chairperson UK Chapter Janet Sutton said Kalonzo has every right to be upset adding that the coalition should be guided by mutual trust and respect for all principals and not run as a two-people affair. She also added that Kalonzo is being treated as an outsider in the three-legged stool concept that was highly publicised to the event leading to the formation of Azimio coalition. 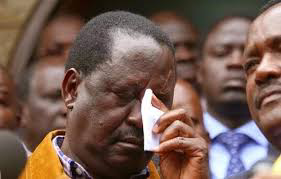 "From where I stand, Kalonzo is being treated as an outsider in the three-legged stool, a concept that was highly publicised in the events leading to the formation of Azimio One Kenya Coalition," Sutton said. 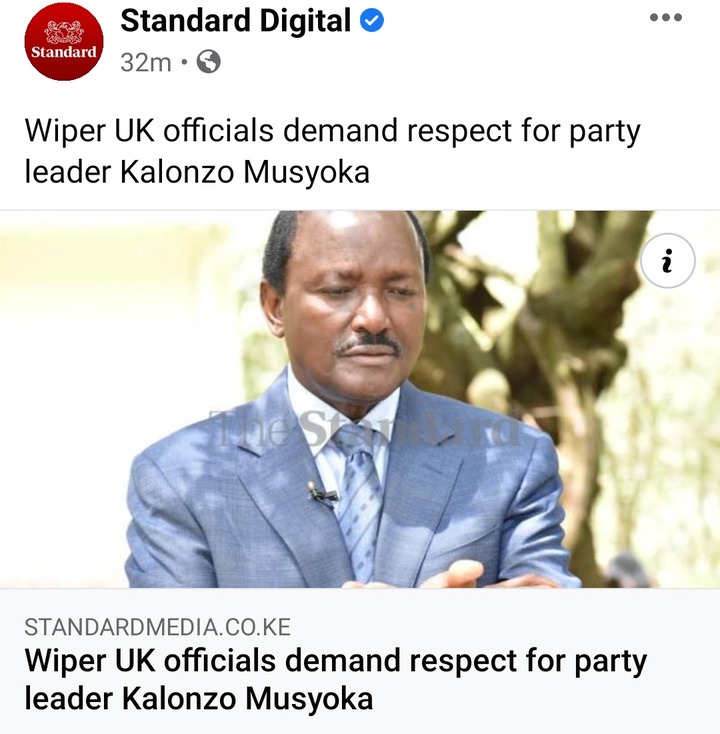 Wiper UK Secretary-General Thomas Musau said political arithmetic notwithstanding, Kalonzo deserves proper recognition in the Coalition as a person not only endowed with immense political experience as a former Vice President.

Wiper Democratic Movement party leader Kalonzo Musyoka us therefore expected to make his major announcement and reveals his next political move after being thrown out of Presidential race. The insiders has revealed that Kalonzo will publicly announced his support for Azimio la Umoja One Kenya presidential candidate Raila Odinga tomorrow. It is also reveal that he will hold a five day rally in Ukambani to publicly campaign for Raila Odinga. Do you think Kalonzo's decision to fly back to Azimio will be an early win for Raila in the coming august polls. Feel free to share your views and thoughts in the comment section. Source link https://www.facebook.com/88201339429/posts/10160161081929430/