By Kangogoblog (self media writer) | 1 month ago

Amani National Congress (ANC) Leader Musalia Mudavadi has called upon the National Assembly to review and implement proposals from the Building Bridges Initiative (BBI) that do not need a referendum for the benefit of Kenyans.

Mudavadi urged members of parliament to implement laws that will revisit the distribution of revenue, ensuring Kenyans benefit from more allocated funds.

“There are elements of the BBI that we can address without a referendum. I challenge our MPs to deal with these issues. Increasing revenue from a minimum of 15 to 35 per cent and introducing the Ward Fund can be anchored on the constitution, for the benefit of Kenyans,” he stated.

Mudavadi made the remarks on Saturday, September 18, 2021, when he paid a visit to Meru Governor Kiraitu Murungi.

Mudavadi's sentiments come after Deputy President William Ruto took a swipe at the plot by pro-BBI leaders to implement certain clauses of the Constitution Amendment Bill 2020 through parliament.

urged the MPs to focus their energy on more pertinent issues affecting the country, than waste time on a bill he maintained has no benefit to the ordinary members of the public.

The deputy president alleged that the plot by the MPs is an attempt by the lawmakers to satisfy the egos of regional kingpins in the country ahead of the 2022 General Elections.

The second in command stated that the legislators should channel their energy and attention to resolving issues like health care, high fuel prices among others.

“I want to ask the Kenyan members of Parliament to stop wasting the time of the people of Kenya, discussing power-sharing all the time,” DP Ruto stated.

He called out the legislators for ignoring multiple priority bills that are still pending in Parliament.

The DP challenged the members of parliament to give priority to legislations such as the National Health Insurance Fund (NHIF) and the Housing Act.

“Parliament must be careful so that they address matters affecting Kenyans instead of using almost all their time thinking of how they will share power,” he said.

Kikuyu MP Kimani Ichung'wa assured the leaders that as Parliament resumes sessions on Tuesday, September 21, all the pending bills will be prioritised.

DP Ruto urged the leaders to champion for the bottom-up economic model, which he stated will transform the country's economy.

His sentiments were echoed by Kimilili MP, Dismus Barasa and former Kakamega County senator Boni Khalwale who vowed to ensure Ruto becomes the next Head of State in 2022.

Ruto asked the people of Bungoma County to support his economic model, as it is the solution to the many challenges affecting them. 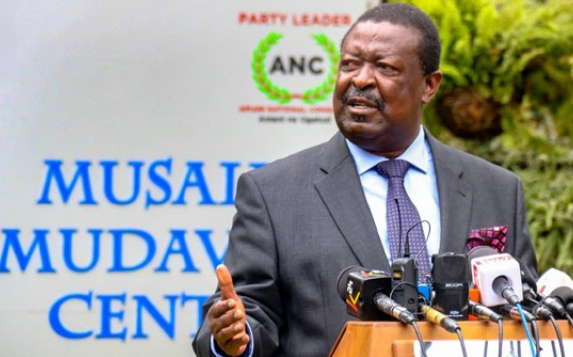 Impossible Is Nothing, New Images In Kasipul Constituency As MP Charles Were Delivers

More Trouble for Teachers As TSC Insists On Wealth Declaration