Oscar Sudi Lands in Trouble After he Skipped Court 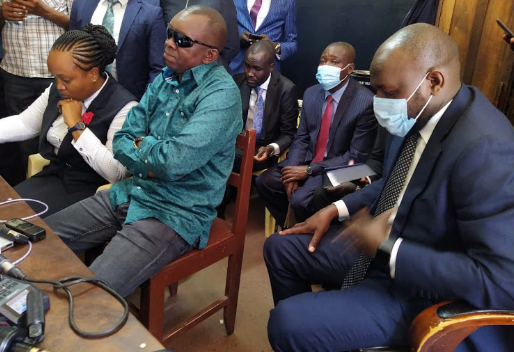 Oscar Sudi who serves as the Kapseret Member of Parliament has found himself in the wrong lane after he failed to attend a court session yesterday in Nakuru based court.

The vocal MP is being charged with two different accounts of not only hate speech but also the use of offensive utterances.

According to a report by the Standard, the Senior Resident Magistrate identified as Benjamin Limo was compelled by the Senior Assistant Director of Public Prosecution named Daniel Karuri to ensure that he summons the legislator to appear before the court even after he sought him to be arrested.

Felix Orege who serves as Sudi's lawyer told Benjamin Limo that his client was sick and had sought to have the hearing at a later date. He will be expected to bring with him the medical report on the next session.

Last year, the MP denied using threatening remarks on his social media pages which NCIC claimed were likely to initiate hatred among tribes.

Sudi will be expected to appear for the next hearing on 19th February 2021.

Update of The Provisional Presidential Results As At 9:40 pm

Photos Of Davis Chirchir, Wanjohi Githae At Bomas Of Kenya As Counting Of Votes Continues