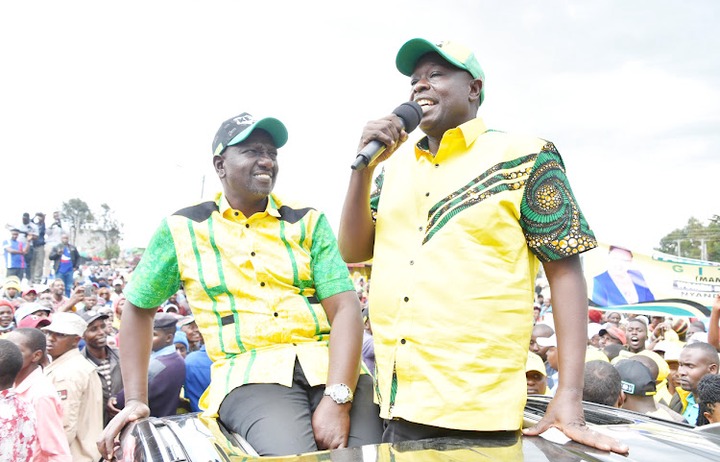 Gachagua was unveiled by the DP at his Karen residence 9 days ago, after which he has been crisscrossing the country with Ruto as they hunt for the presidential vote ahead of August.

But Ngunyi, a political strategist reportedly working for President Uhuru Kenyatta, says that he might be a project of the Deep State, and might not be with Ruto as an accident but something planned.

This, he says, can be seen in everything Gachagua is doing, including the things he is saying, and it's very possible that he has been planted there while being prepared for something big in the days to come. 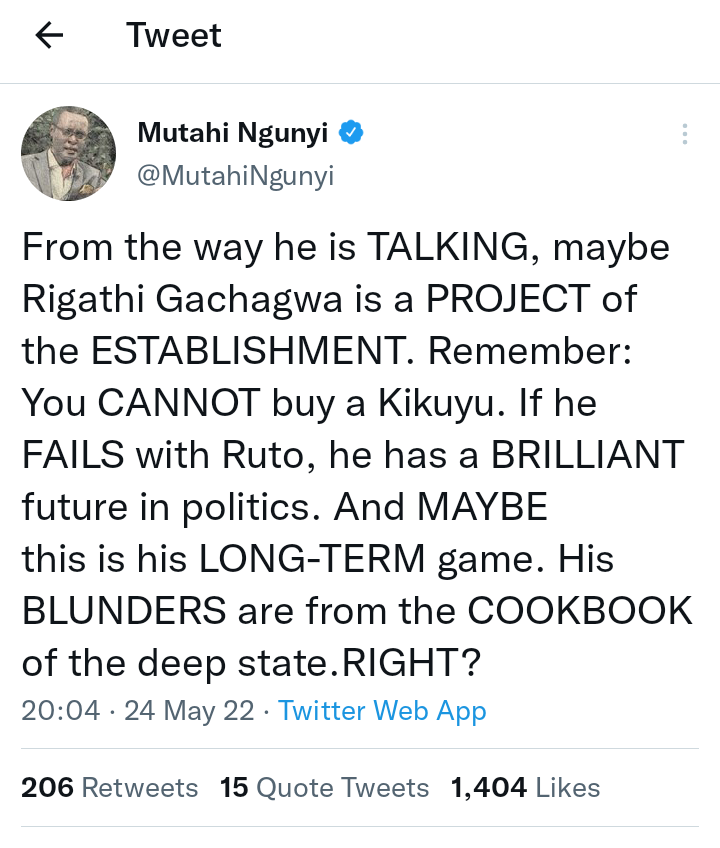 "From the way he is TALKING, maybe Rigathi Gachagua is a PROJECT of the ESTABLISHMENT. Remember: You CANNOT buy a Kikuyu. If he FAILS with Ruto, he has a BRILLIANT future in politics. And MAYBE this is his LONG-TERM game. His BLUNDERS are from the COOKBOOK of the deep state.RIGHT?" he says in a tweet.

He is among the people who believe that Ruto cannot and will not be the next President of Kenya and the Kikuyus currently working with him are "rented" and will ultimately abandon him.

He has been saying that ODM boss Raila Odinga, who has Uhuru's backing, will be the next President. Earlier, he had predicted Martha Karua deputising Raila in Azimio, a prophesy that came to pass.

The Daily Nation has established that he is among the Uhuru strategists who have been deployed to help Raila win the presidency come August.