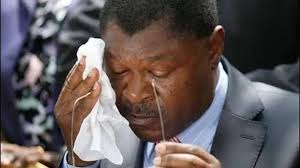 Moses Wetangula is a politician who has strived to ensure Ruto got more votes from his Webuye region more than his counterpart Musalia Mudavadi.Musalia Mudavadi tried his best to deliver a good number of votes for William Ruto though he did not make Ruto defeat Raila in Vihiga county.

The two leaders both Wetangula and Mudavadi had promised William Ruto a huge win from Western region which could be equated to 70 percent of total votes that they will give to their ally. 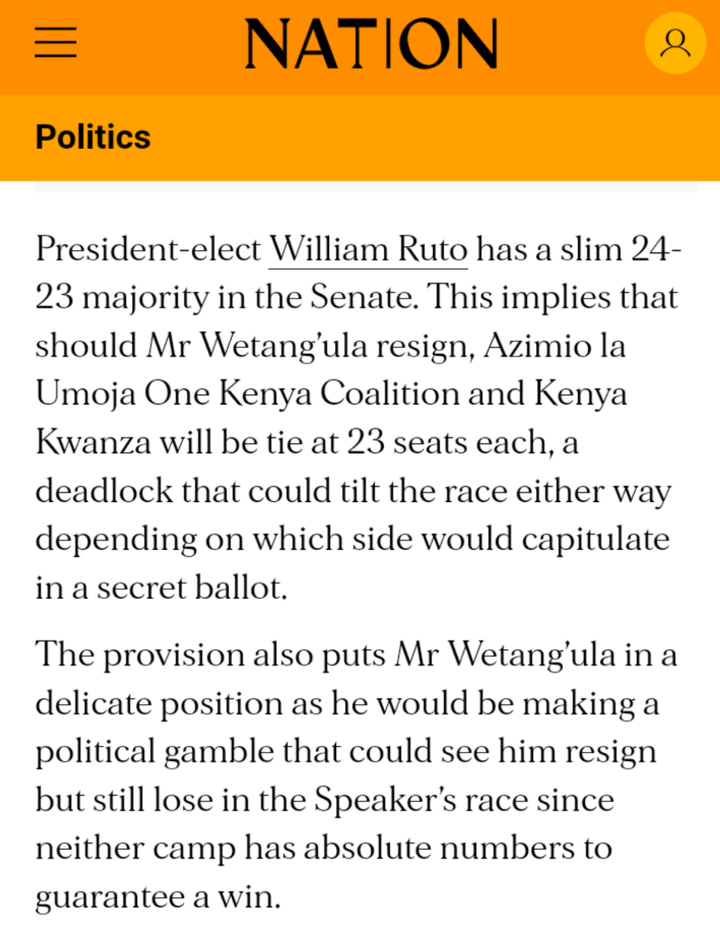 Ruto instead promised Wetangula to become Speaker of the National Assembly Incase he wins Presidency and Musalia Mudavadi to become Chief Cabinet Secretary.After the elections Moses Wetangula has gone ahead to win in the 9th elections and he is the Senator-elect in awaiting but this could be a huge himderence to his political ambitions. 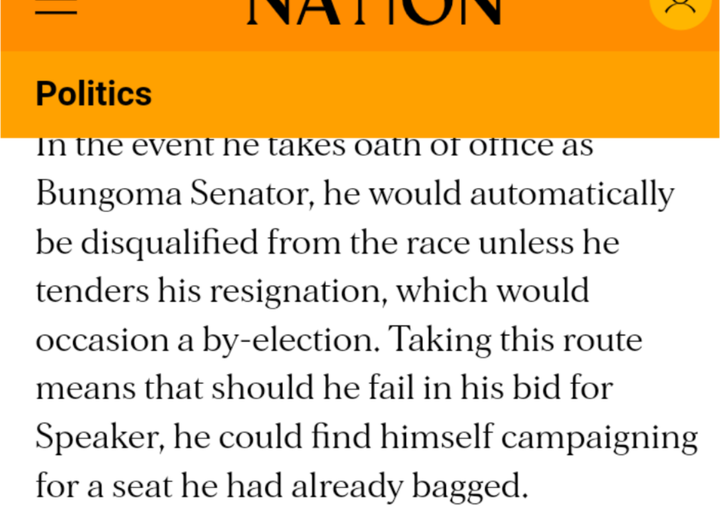 Ruto according to the current trend,he is looking for as many allies to join the Kenya Kwanza team so that he can have the tyranny of numbers in the National Assembly,Senate and not to forget the Governor's board. 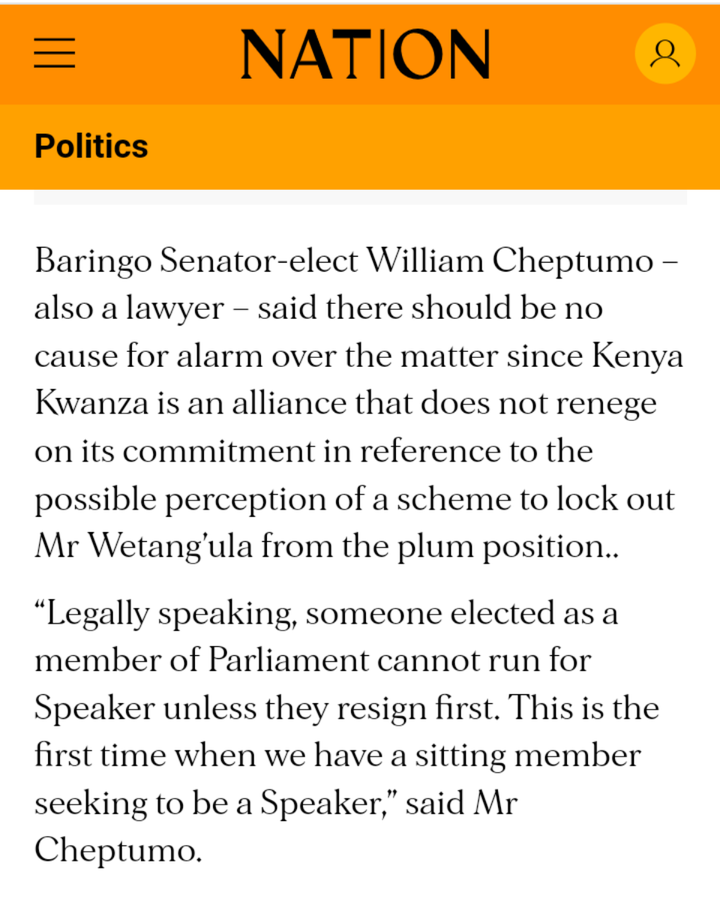 Wetangula's win makes Ruto's side to be ahead of Azimio with one more Senator and Incase of Wetangula's resignation from the Senatorial seat,then this will make Kenya Kwanza to tie with Azimio which could hinder Ruto to enjoy the majority vote to pass any bill. 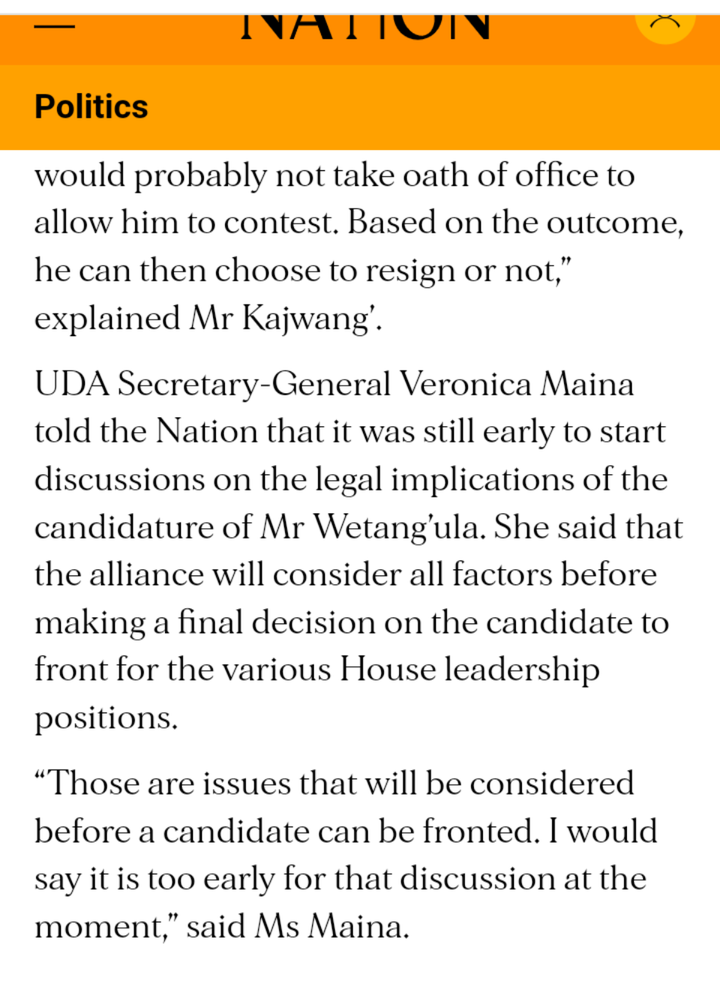 As a result of this,Ruto might end up to beseech Wetangula to maintain his Senatorial seat and nominate a different Speaker of the National Assembly.Please follow me for more news.