By Masonhaz10 (self media writer) | 1 month ago

The Service Party (TSP) leader Mwangi Kiunjuri has reiterated that the political outfit is firmly committed towards being affiliated with the 'Kenya Kwanza' alliance and drumming up support for Deputy President William Ruto’s State House bid. 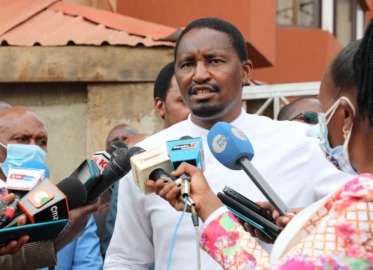 UDA is said to have allowed most of its members eyeing elective seats in the region to address the gatherings while those allied to TSP were not given an opportunity to access to the podium.

The former Agriculture Cabinet Secretary’s absence from a number of recent UDA rallies has only added to the idea that TSP may be severing ties with the DP Ruto-led alliance.

In a statement released following a TSP crisis meeting held on Tuesday, Kiunjuri reiterated that the party is firmly in the UDA despite some of the issues being reported on mainstream media.

“Regardless of the emerging issues, we have unanimously resolved that TSP is firmly in the UDA. It is a choice that we made collectively to deliver victory,” said Kiunjuri.

He noted that TSP was present during UDA running mate unveiling as well as UDA’s National Delegates Conference (NDC), besides the signing of the alliance agreement on April 12; as such, he stated, the party’s loyalty and commitment to the coalition should not be questioned.

While admitting that there is competition between UDA members eyeing similar elective seats, Kiunjuri noted that the coalition's priority should be thwarting the 'Azimio la Umoja' One Kenya coalition party's growing influence in Central Kenya and the country in general.

“We are aware that as UDA, we have a worthy opponent in ODM and should therefore devote our time, energy and concentration towards our competitors rather than fighting each other. As we say, a house divided risks falling apart,” he stated. 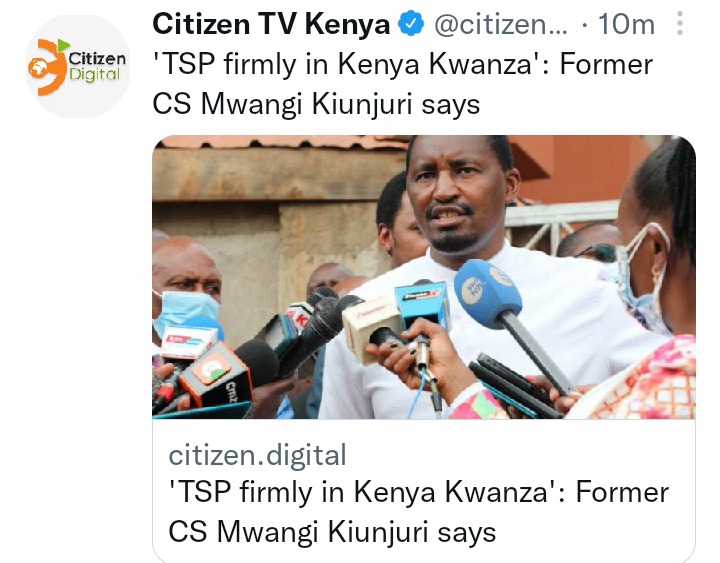 Kiunjuri likewise added that TSP had agreed to roll out a 30-day campaign program to complement DP Ruto’s campaigns in Central Kenya despite UDA having designated the role to specific individuals.

“As a sign of goodwill, our meetings shall welcome willing UDA, Ford-K, Tujibebe, CCK and all other like-minded affiliate parties and independent candidates who are in support of our presidential candidate, the Deputy President,” said Kiunjuri.

Hilarious Controversial Cartoon Of DP Ruto Accusing His Own Government For Selling The Port.

New Details Emerge as Matiangi Reveals Why Ruto is Angry At Uhuru, Mutyambai Over Police Equipments