A renown lawyer has left Netizens wondering after he alleged that Uhuru may be secretly supporting DP Ruto's presidential ambitions. Dr Duncan Ojwang while speaking in a morning show at TV 47 Kenya argued that the fact that president Uhuru Kenyatta receded from the Azimio campaign trail after Rigathi Gachagua was unveiled as DP Ruto's running mate signals a lot . 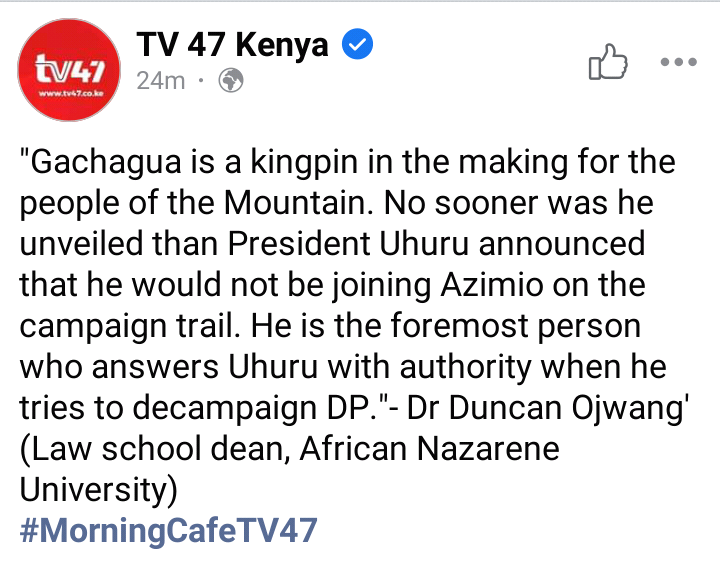 President Uhuru's allies disclosed that Uhuru will not be in the campaign trail after the presidential running mates were unveiled. They argued that he will not be in the trail because it will tarnish his legacy but many believe there was a better hidden reason for his absence.

Dr Ojwang claims that Rigathi Gachagua is being groomed to become the Mt Kenya region kingpin and that is why President Uhuru announced that he will not be on the Azimio campaign trail as soon as he was unveiled. He further notes that he is the only one who answers Uhuru with authority when he tries to campaign against DP Ruto. 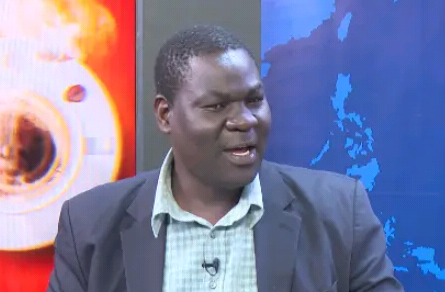 This comes amid discussions as to what actually went wrong with the head of state and his deputy. None of them has come up clearly to explain with audacity the mistakes committed by the other and led to their fallout.

Kenyans have only been left with more questions than answers. Some like lawyer Duncan Ojwang believe that the two didn't disagree but the apparent fallout works in favour of DP Ruto's presidential bid. 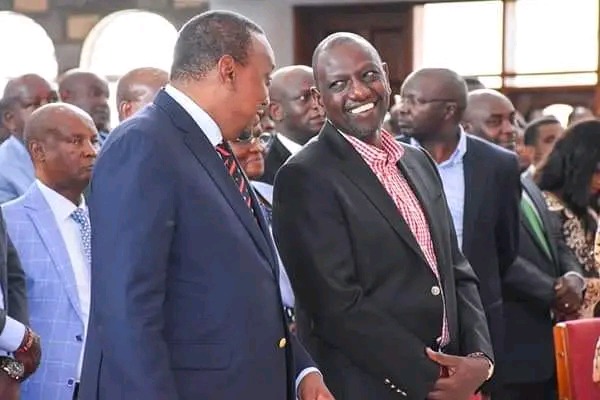 Here are some of the reactions from Netizens. 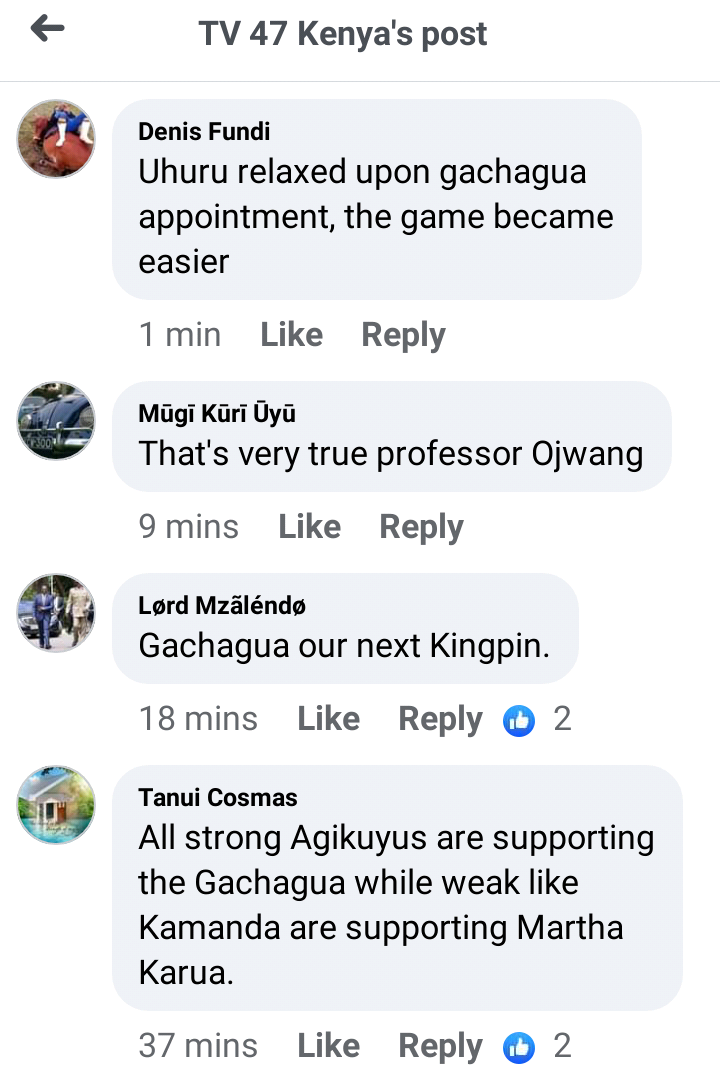 Do you think President Uhuru Kenyatta is fully behind Raila Odinga ? Share your thoughts.

Chebukati speaks about the election results

I Was Jailed For 8 Months For Stealing A Chicken To Cook For My Kids On Christmas Day:Joyce

"We Shall Remove You From This Tallying Center", Chebukati Fires At Disruptive Personnel