By Politics-Kenya (self meida writer) | 1 months

The second term and governor of Kakamega county, who doubles up as the chairman of the council of governors has of today, the 1st April, 2021 submitted his application for presidential nominations on an Orange Democratic Movement party ticket. Oparanya enjoys privileges in the party as the deputy party leader alongside his Mombasa counter part Ali Hassan Joho. 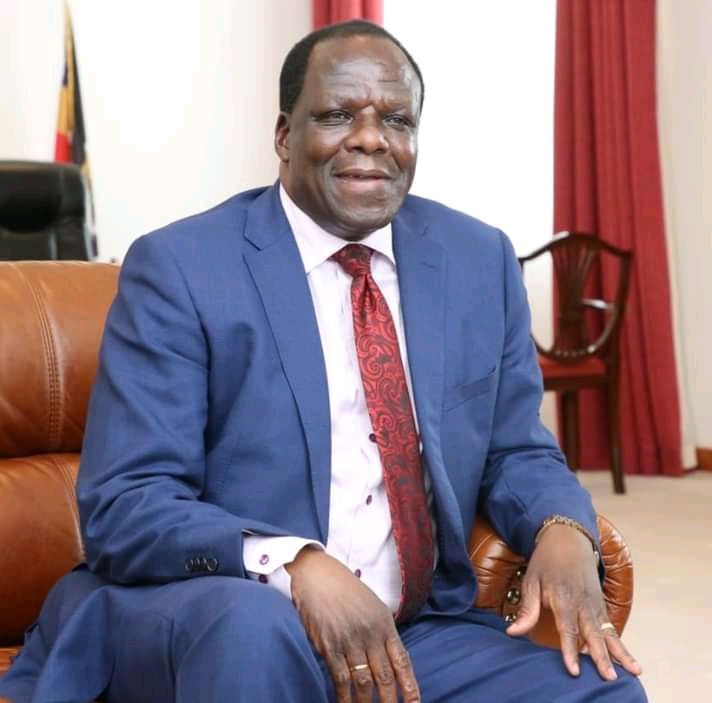 After his submission, Oparanya requested ODM supporters to vote for him in the party nominations. The governor said he is confident of winning in the party primaries and eventually clinch the top seat in the country next year. 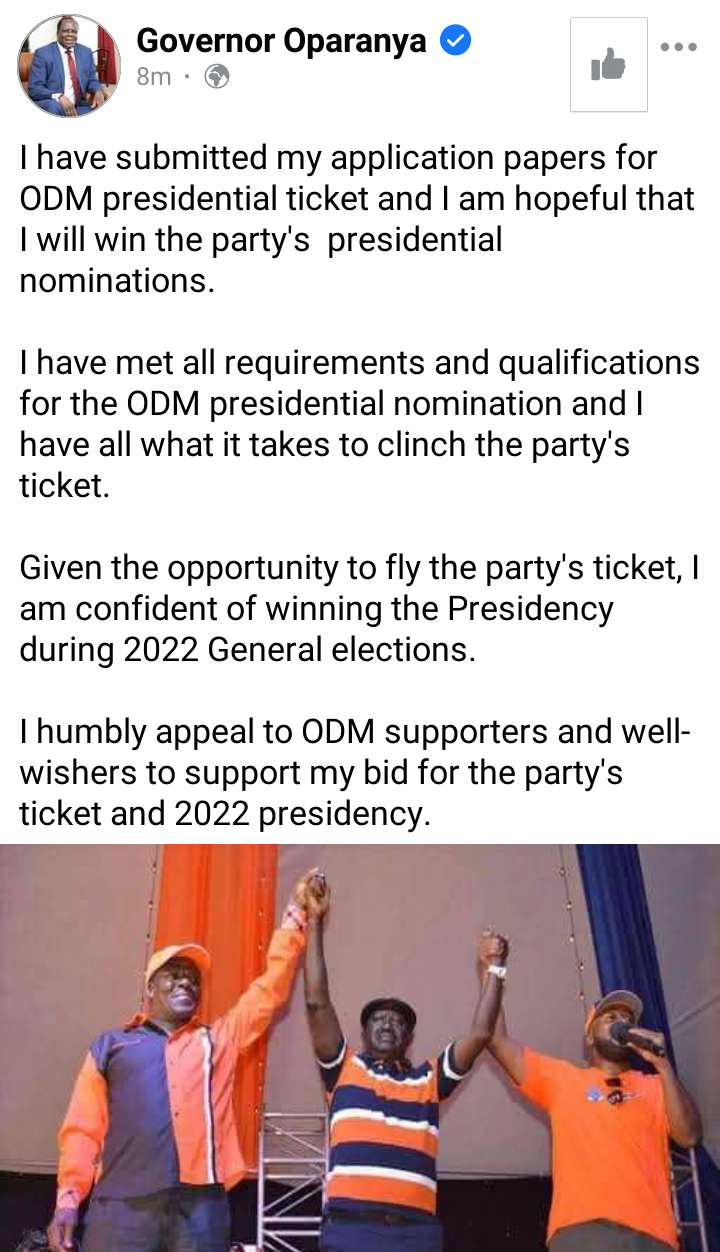 Although this move sounds sweet to his supporters, Oparanya's flexion of muscles remains in doubts. Oparanya made his ambitions known during the Matungu by-election while campaigning for Mr. David Were who lost to the ANC candidate. The lose appeared to have deemed his light but can he make a comeback? Share your thoughts

Content created and supplied by: Politics-Kenya (via Opera News )