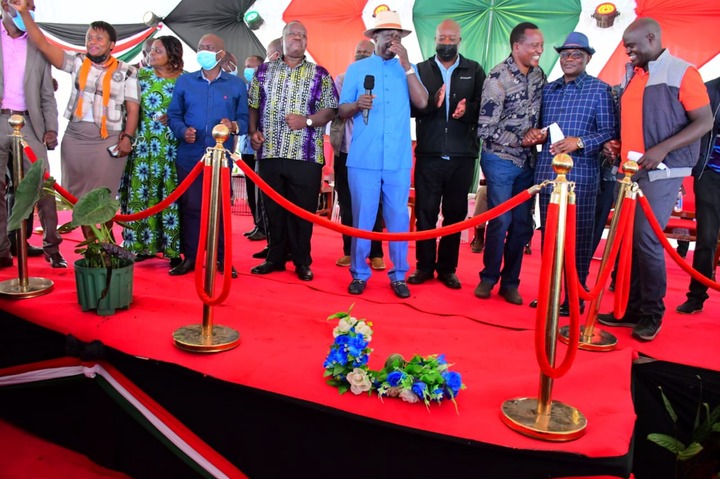 As various presidential aspirants tour the country in search of votes the Former Prime Minister Raila Odinga has not been left aside in drumming up his Azimio la Umoja manifesto. Yesterday he toured Borabu Constituency, Nyamira County for a fund drive at Mwongori High School. 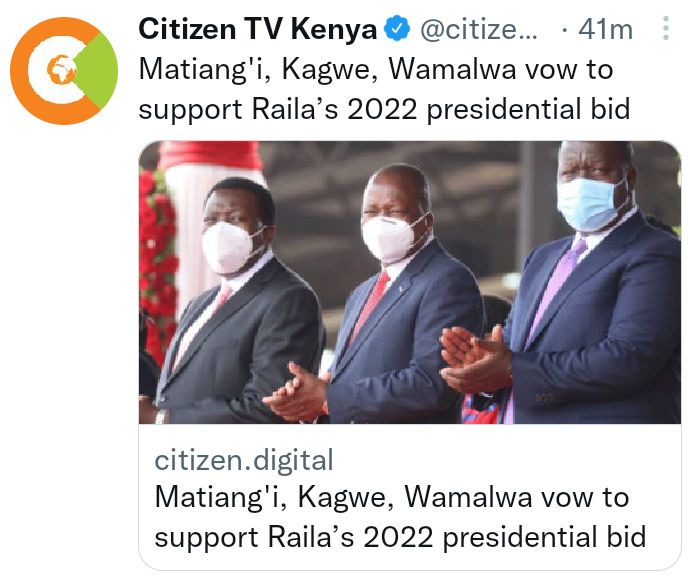 CSs Fred Matiangi, Mutahi Kagwe and Eugene Wamalwa endorsed ODM leader Raila Odinga's Presidential bid claiming he is the most suitable candidate to succeed President Uhuru and safeguard his development agenda. They added that March 2018 handshake had been helpful in bringing stability in the country and made it conducive to conduct government functions as opposed to Jubilee administrations first term.

"Anytime you want this country to prosper Mt Kenya and Nyanza region must be together" CS Kagwe stated. He also added that the handshake cooperation is what is needed to help the projects currently going on to stop when President Uhuru tenure ends. On his part CS Matiang'i said that if it's matter politics whenever the President takes the queue he will be there to follow him.

CS Eugene Wamalwa said that since they are appointed to assist the president then if he says the handshake between him and Raila will bring peace then they must support him. According to 2017 IEBC register, Kisii and Nyamira have a combined voter population of over 825,000 and it has been an epicenter of a scramble for DP Ruto and Raila Odinga. The political heat keep rising as there are 291 days to General elections. 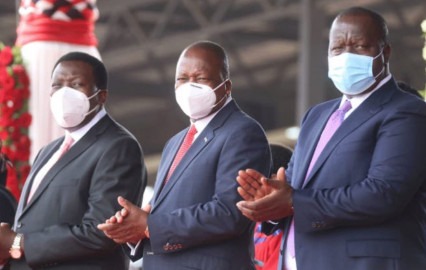