By Kleen.Com (self media writer) | 4 months ago

Speaking at Citizen TV on Monday night, Kiminini Member Of Parliament Chris Wamalwa has strongly differed with ELdas Constituency Adan Keenan that Raila Odinga controls the votes of Mulembe Nation. According to the Legislator, the Former Prime Minister Raila Odinga doe not control votes in Western Kenya and they are ready to prove them wrong because it's a wrong narrative. Wamalwa said that the earthquake moment will prove them wrong. 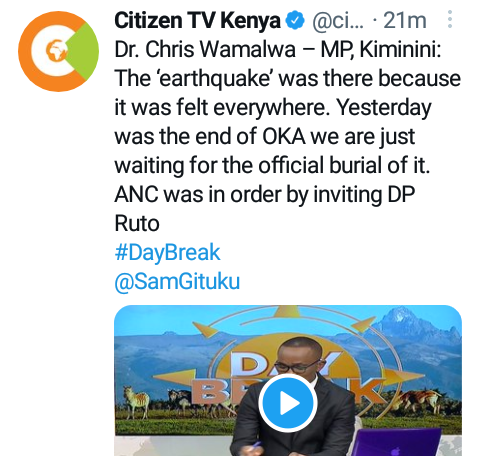 "I want to tell Hon Adan Keynan to talk about the northern Kenya but not about the western Kenya. Saying that the former Prime Minister Raila Odinga controls votes in Western Kenya is a wrong narrative and we are going to prove them wrong. I want to also remind Kaynan that there was nowhere that ANC Leader Musalia Mudavadi said that he is not going to vie for Presidency. He never said that he's going to drop his presidetial ambitions for the Deputy President William Ruto. Yesterday was the end of OKA we are just waiting for official burial of it," revealed Chris Wamalwa. 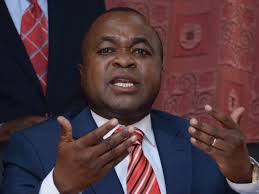 Ground Has Changed? Ruto Winning With 61% While Raila Follows With 38% On The Letest Opinion Poll