By Felixotoro (self media writer) | 3 months ago 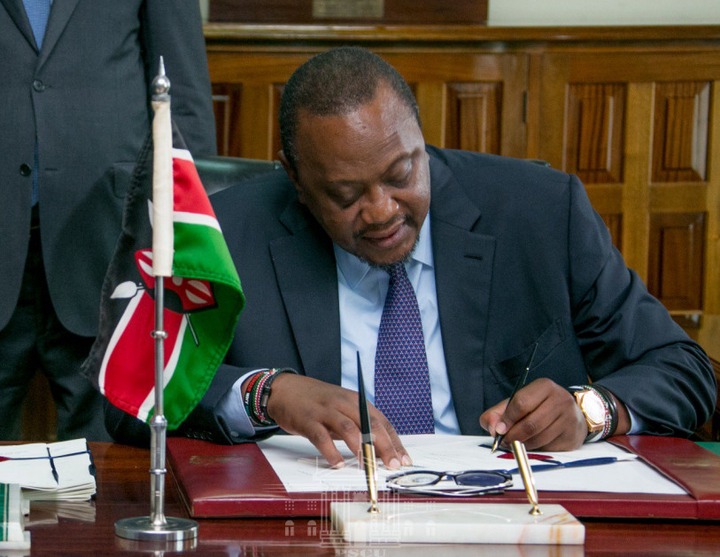 President Uhuru Kenyatta is the chief executive officer of the republic of Kenya. He is also the chief commander of the armed forces as stated in the Constitution. 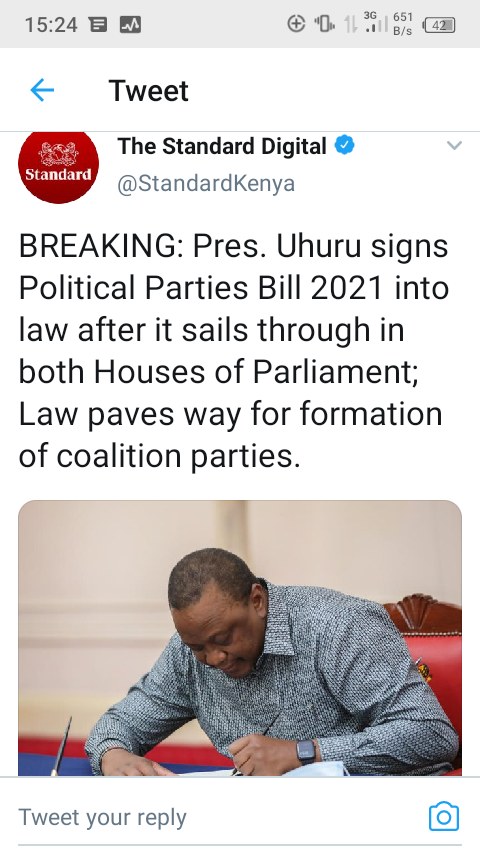 News just in states that President Uhuru Kenyatta has signed the Political Parties amendment bill as a law just one day after the Senate Assembly passed the bill.

The political parties amendment bill is seeking to change the nomination and coalition rules ahead of the August polls. Over 28 senators voted yes for the bill while three senators voted against the motion.

The passing of the bill from the senate assembly comes barely one month after the national assembly had passed the bill. According to the source, it's alleged that the bill is set to benefit Raila Odinga and Azimio la Umoja supporters ahead of the polls.

In conclusion, the bill has been in the recent opposed by government lawmamkers allied to deputy president Dr William Ruto.