The Three Grounds On Which Wajir Governor Was Impeached 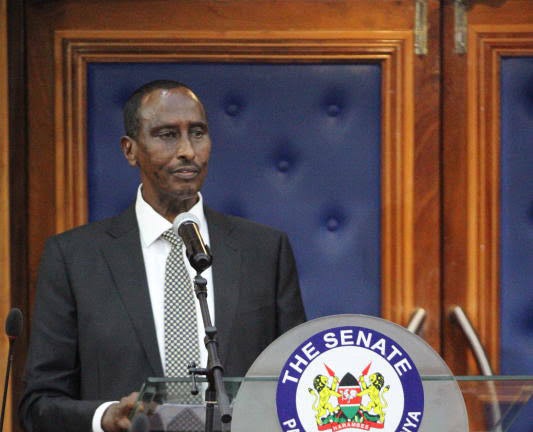 Governor Mohamed Abdi becomes the third governor to be impeached by the Senate, joining the list of former Kianmbu governor John Waititu, and the former Nairobi governor Mike Sonko.

Governor Mohamed, spent the better part of today defending himself in the Senate, and when the time for voting came the governor found himself in the cold.

There were up to eleven accusations lined against the governor by the county assembly, but the governor was only impeached on three grounds.

The three grounds that senate found the governor to have contravened include:

•The governor was found guilty of Gross violations of constitution and abuse of office.

•The governor was also found guilty of Violations of public procurement and asset disposal act 2012.

The only course of action for the governor is moving to court, where he may be reinstated as the governor as the hearing continues in court.

2022 Politics: Raila Will Win The Presidential Election If He Lines up This Way.

Zambia: Panic As Former President Hospitalised In A Military Hospital With Undisclosed Illness

Men Who Were Appointed To Take Over TB Joshua But Later On Left His SCOAN Church For Good(Photos).

Here Is The Only Condition That Can Bring Us Back To Nasa, Others Are Daylight Dreams.