By raymondngetich (self meida writer) | 8 days

The next government will be made up of hustlers who are ready to promote bottom up economy, said Deputy President William Ruto.

Ruto said his competitor's had realized that there party was not stable, that is why their is no stability in build relationships.

“When I told them that the 2022 government would be made up of common people, they thought that was nonsense. Now, they find themselves on the wrong side and are busy looking for partners to build relationships with them, ”he said. 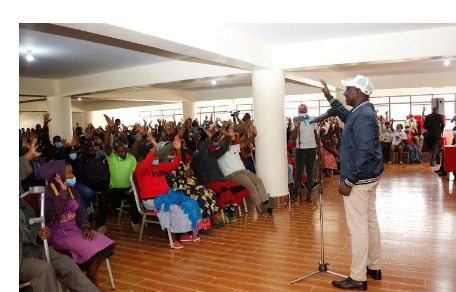 The DP said it he has no concerned about the ongoing political changes but his main agenda is to promote hustler peoples.

Ruto was speaking in the town of Machakos today during a meeting with traders in the area.

He said he was very focused on improving the lives of many Kenyans who were eager to put food on the table. 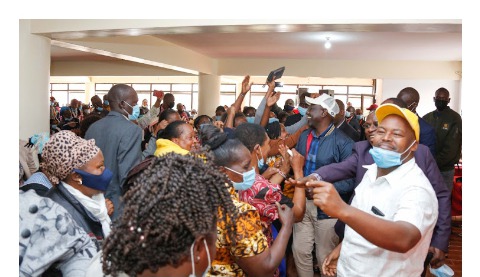 "We are not concerned about the political position of leaders who are focused on building themselves. Our mission as a strategist is to empower the majority of Kenyans economically," he said.

The DP added that the organization was focused on changing the economic situation that would improve the lives of the majority of Kenyans and not just a few.

Ruto said opposition leaders had nothing new to show for development and urged Kenyans to ignore them as the forthcoming elections approached.

He lamented that the Jubilee administration had good plans for Kenyans during the second quarter but was interrupted by opposition leaders entering the government and shaking hands. 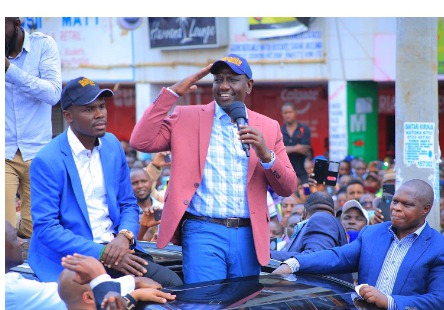 "As a Jubilee group, we had good plans to improve the lives of the people of Kenya through the Big Four program - production, housing, food security and general health care. But this was disrupted after the opposition joined us," he said. it said.