By Jackiekibet (self media writer) | 19 days ago

Gatundu South legislator Moses Kuria is one of the most popular and influential legislators in the Mount Kenya region. The vibrant politician has formed his Chama Cha Kazi party. He is also a supporter of deputy president William Ruto. 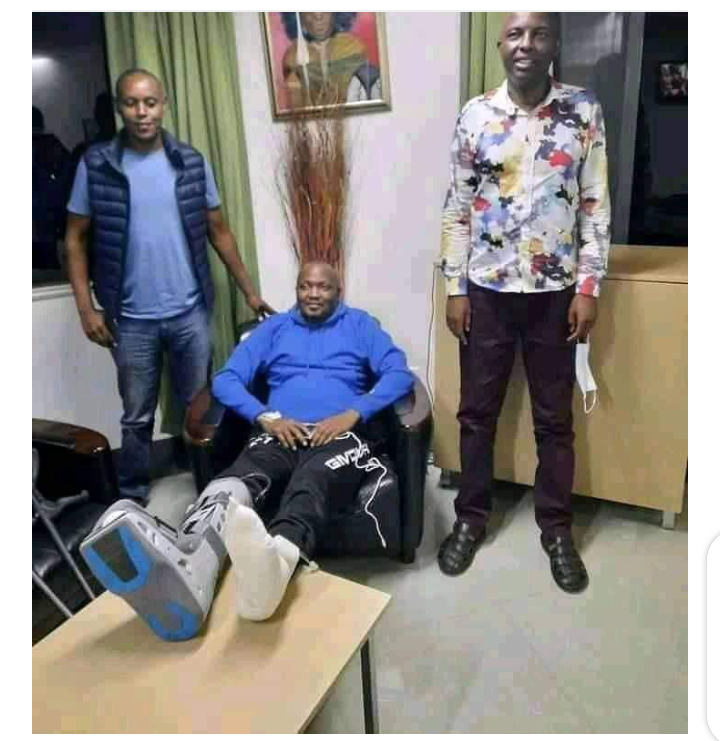 The second-term legislator underwent successful knee surgery. He is still hospitalized under the close attention of medical officers. Several leaders have visited the ailing member of parliament at the hospital to wish him a quick recovery. 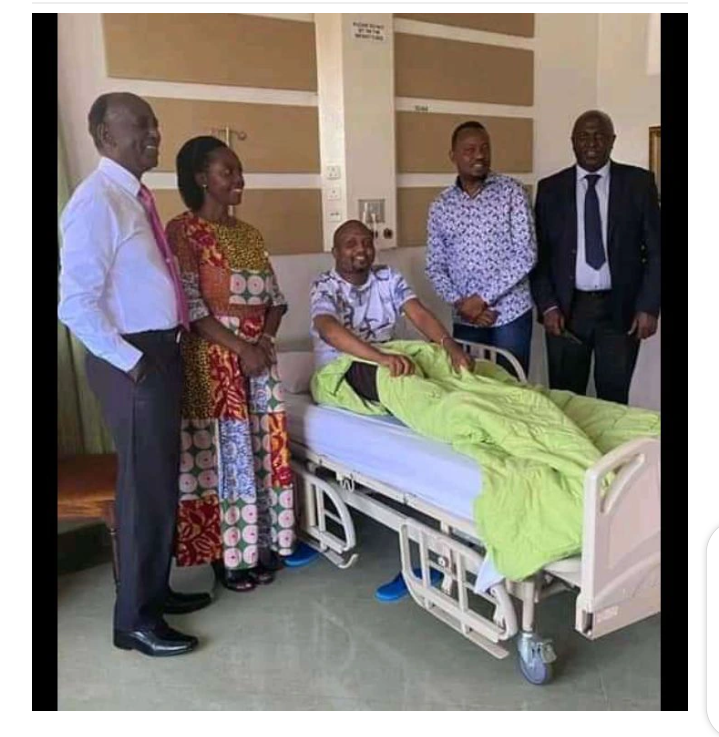 The leaders have been working closely with Moses Kuria. They in unison announced Martha Karua as the acting Mount Kenya spokesperson. This information and photos were shared by renowned blogger Alfred Koech on his official Facebook page.

Moses Kuria is currently admitted to one of the medical facilities after undergoing successful leg surgery. He was lucky to be visited by Narc-Kenya Party leader Martha Karua who was in the company of several leaders from the region. However, while taking to his social media Moses Kuria referred to Martha Karua as Spokesperson a name tag that has left many questioning.

Martha Karua was recently appointed as the spokesperson of the Mount Kenya region by a section of leaders from the region who openly sided with Kiunjuri, Moses Kurian ad Martha Karua in forming a formation that will help in having a deal on behalf of the region. Martha Karua who is keen on seeking to be elected as governor of Kirinyaga has in recent days been active in politics choosing to work with other leaders from the region in ensuring that in 2022 they get a representative in the government of the day.

The Vocal Gatundu South Member of parliament hon Moses Kuria has expressed his gratitude to the Wiper Democratic Party leader Kalonzo Musyoka, who joined other leaders in paying him a courtesy visit at the hospital where he is recuperating after a surgery.

Despite the political differences, the Wiper Party Leader Kalonzo Musyoka visited Kuria and prayed for him. This moved the Gatundu Member of parliament who took to his social media page to thank Kalonzo for the good gesture.

"Thank you my brother H.E Kalonzo Musyoka for the prayers " Kuria Wrote.

This is Elicited reaction from Kenyans who hailed the Former vice president for showing solidarity with Kuria. Some cited is best suited to be part of the Cohesion and Integration Commission because he has a golden heart.

"Am from the Mountain but Kalonzo Musyoka is best suited for the CIC. He has a golden heart, Siku engine alitetea Sonko who never supported him" One Commentator reacted. Others took time to wish Kuria a quick recovery.

Gatundu South Member of Parliament, Hon Moses Kuria, has been hospitalized for the last few days. It is not clear what led to his hospitalization but from the photos shared by him he can be seen with a cast on his right foot and bandages on the other leg. As is the norm, leaders from different political fronts have been trooping in to visit him in hospital and wish him well. The latest visit has come from former vice president of the country and Wiper Party of Kenya leader Hon Kalonzo Musyoka. After the visit by Kalonzo, Moses Kuria took to his social media page to show his appreciation to him. In his post he stated that he was thankful to the Wiper leader for his prayers.

Moses Kuria is known to be a close supporter of Deputy President William Ruto. Being visited by someone from another political wing seemed quite unusual in this case. It is for this reason that social media users took to the comment section to give their opinion on this. Most of them praised Hon Kalonzo for the move as they also wishes Moses Kuria a quick recovery. This showed that any political differences are usually left aside during such moments. Similarly some people joked about the whole situation.

Kirinyaga women representative Purity Ngirici is among the leaders who have waded into the debate about Raila's tour of the Mt Kenya region. The county MP couldn't miss spotting the similarity in the way Raila interacted with the 'common' traders at Chaka just like Ruto.

She further said that Raila's gesture is finally a confirmation that the best economic model is bottom-up. "This looks like William Ruto. It is indeed factual that the bottom-up model of the economy is the way to go," shared Wangui on Facebook. Responding to her remarks was a follower by the name Jack Matara who questioned exact intention of the bottom up. "So bottom up can mean buying from mama mboga? Is that what we are going to get from the government? To go out and buy from mama mboga? Where is the Jubilee government manifestos? " Asked Matara. 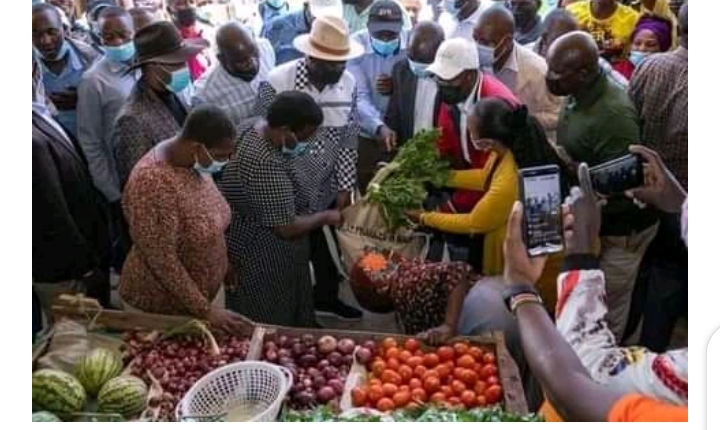 Say This Powerful Prayer to Start Your Day