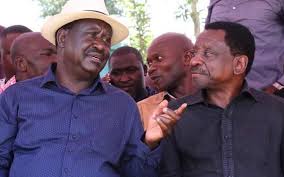 "For The Record: HE William Ruto & I have been friends since 1992 (30 Years)when none of those around him now were there! He knows my position: I will vote him after Raila Odinga is elected President. My Vote is with Baba till he becomes President. LAISSEZ MOI, S'IL VOUS PLAIT!" Tweeted by Lawyer Donald B Kipkorir 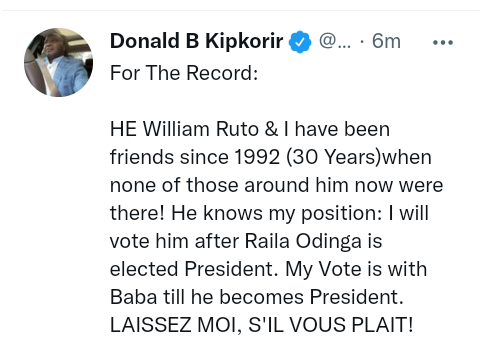 Photos Of DP Ruto, Mudavadi And Wetengula At A Joint Rally In Nakuru Show Grounds.

Amazing tips for the following games to earn you big