"We Love You But We Won't Join You in Demonstrations" Section of MAA Leaders Tell Raila, Azimio Camp 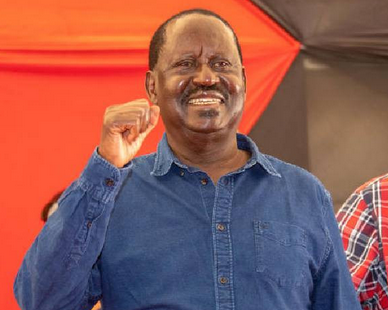 As the Azimio La Umoja One Kenya Alliance boss Raila Odinga, and a number of leaders from his circle maintain that they will be holding rallies on December 7th, and December 12th against Presidnet William Ruto's government concerning the suspension of 4 IEBC commissioners, a section of Maasai leaders have distanced themselves from such plan.

Raila have argued that he will be leading the protests against the suspension of; Juliana Cherera, Irene Masit, Francis Wanderi and Justus Nyang'aya at Kamkunji Grounds, claiming that Ruto was out to revenge against the 4 after they disowned presidential results as announced by Wafula Chebukati.

The MAA leaders led by Narok Governor Patrick Ole Ntutu, and EALA nominee David Sankok urged Raila to give time to the appointed tribunal to do their work, saying that demonstrations were not going to help anyone.

Ole Ntutu implored upon Raila to retire peacefully as an elder who is respected across every corner of the country, saying that after losing his fifth presidential bid, it is time for him to mentor other leaders.

"We will not support or take part in those protests, and we ask our elder, Mr Raila Odinga, please retire as an elder. We love you but what you are trying to do is taking us back when we are steps ahead."

Sankok and Former nominated Senator Isaac Mwaura echoed Ntutu's remarks saying that Kenyans are focused on important issues and not those protests, urging Raila to abort his plan.