Blazes continued to rage across northern Algeria as the country observes a National Day of Mourning after dozens of people were killed in the latest wildfires to sweep the North African nation. Since Monday, Algeria has been in the grip of devastating fires that have killed at least 69 people – 41 civilians and 28 soldiers – as of Thursday.

As fires sprang up on Monday in the northern region of Kabylie and elsewhere, Algerian authorities sent in the army to help battle blazes and evacuate people. Multiple fires were burning through forests and devouring olive trees and livestock that provide the livelihoods of families in the area. Tizi Ouzou district, the regional capital of Kabylie, recorded the highest casualty toll. Villagers forced to evacuate to escape the flames began going back to their homes, overwhelmed by the scale of the damage.

“We have arrested 22 suspects, including 11 in Tizi Ouzou. Justice will perform its duty.” At least 28 soldiers were among the dead as the North African country deployed the army to help firefighters contain blazes that ravaged houses in forested areas. 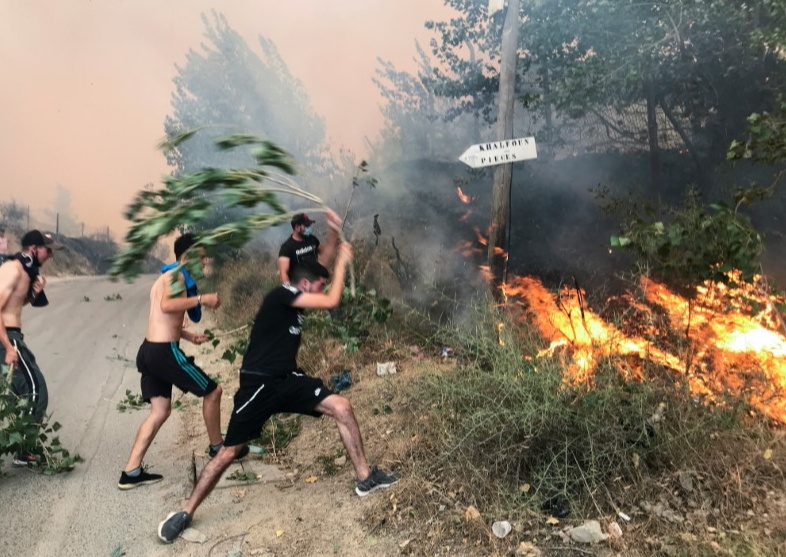 “It’s a disaster. But our strength will not collapse,” Tebboune said, praising aid caravans from other provinces to provide affected regions with food, medicine, and donations of other material.

However, climate scientists say there is little doubt climate change from the burning of coal, oil and natural gas is driving extreme events such as heatwaves, droughts, and wildfires, which they say are likely to happen more frequently as the earth continues to warm up. 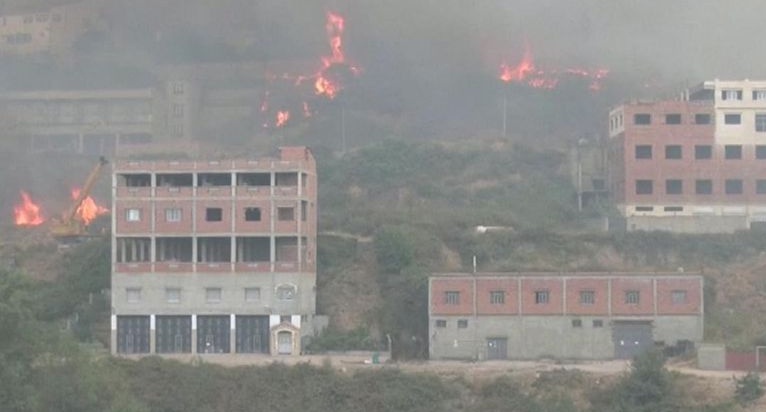 Like southern Europe, North Africa has been boiling under searing heat. Temperatures hit 50 degrees Celsius (122 Fahrenheit) in Tunisia, a record high for the country. The last previous high was 48.2C (119F) in 1968. Algeria’s National Meteorological Office said extremely hot weather was forecast through Thursday in nearly a dozen regions, including around Tizi Ouzou. In some places, the temperature was expected to hit 47C (116.6 F.)

Tears And Grief As DJ Munga Is Laid To Rest

Homabay Man Caught Dragging Grandmother into a Dark Room Before Stabbing Her, Has Been Arrested